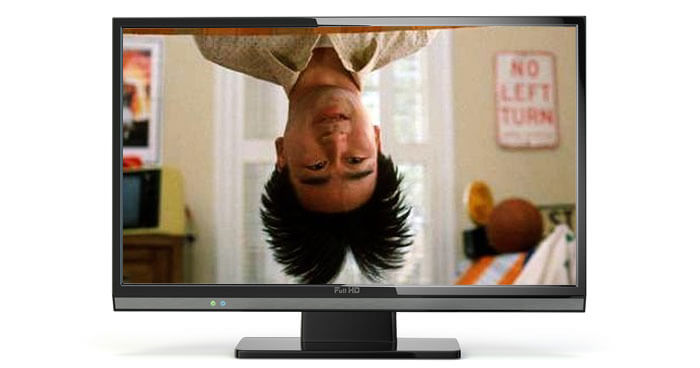 Confession time: I know plenty of people love it, but I don’t really care for Breakfast at Tiffany’s. Sure, Audrey Hepburn is all kinds of fabulous. But her character, Holly Golightly, drives me nuts, and there’s no getting around the fact that, in this day and age, co-star Mickey Rooney‘s extremely stereotyped performance as Holly’s Japanese neighbor, Mr. Yunioshi, is beyond painful.

Storytellers have always relied on stereotypes as a shorthand way of explaining characters. But as we all know, stereotypes are a delicate matter. They can bolster negative perceptions, justify prejudice, and reinforce unsympathetic views about particular groups.

And it’s not that modern movies don’t have their share of stereotypical characters (Jar-Jar Binks, anyone?). It’s just that the classic movies hold a special place in our memories, and in our eagerness to share these films with our kids, we sometimes forget that they served up plenty of old-fashioned attitudes. What might once have seemed socially acceptable (or funny) is now the kind of thing that’s likely to make you cringe — and wonder how to explain it to your kids.

If your kids are old enough to understand, you can use outdated stereotypes as teachable moments. But if they’re not, you might want to hold off on watching these movies for now. (And if you end up blindsided by a stereotypical character you didn’t see coming, these tips might help.)

Annie (1982): Daddy Warbucks’ mysterious, inexplicably mystical bodyguard is named Punjab, which is a stereotypical reference to the Indian state and its people. And he’s not even played by an actor of Indian descent.

Annie Get Your Gun: This upbeat 1950s musical is more often called out for its anti-feminist message (“you can’t get a man with a gun”), but it also portrays Native Americans as crude, ignorant savages.

The Bad News Bears: One of the young characters in this rough-edged kids’ 1970s baseball comedy has a habit of spouting racial epithets.

Breakfast at Tiffany’s: As noted, Rooney’s performance — which includes false buck teeth and pronouncing “Golightly” as “Go-right-ree” — is absolutely wince-inducing.

Dumbo: The flock of cheerful crows whom Dumbo and his friend Timothy encounter speak, sing, and act in a way that smacks of African-American minstrel-show stereotypes. Plus, their leader’s name is Jim Crow.

Gone with the Wind: Although it’s famous for producing the first African-American Oscar winner (Hattie McDaniel), this sweeping Civil War epic also portrays slaves as actually seeming to enjoy their lot. And they’re depicted as either superficial and ignorant or fussy and smothering.

The Goonies: Clever Data (Jonathan Ke Quan) helps the gang get out of some sticky situations, but he also speaks with a stereotypically “Asian” accent and is (of course) a gadget freak.

Indiana Jones and the Temple of Doom: Plucky Short Round (Quan again) speaks in an exaggerated “Asian” way, and the barbaric cult that he and Dr. Jones go up against is far from accurate in its depiction of Indian people.

The King and I: The ancient Asian culture of Siam is characterized as backward and sexist, with oversimplified characters whose poor grasp of English is played for laughs. And the main Thai characters are played by white and Latino Americans.

Lady and the Tramp: The pair of Siamese cats who wreak havoc in Lady’s life are drawn in a very stereotypically Asian fashion. (A similarly drawn character also shows up in The Aristocats.)

Peter Pan: Disney’s classic tale of the boy who doesn’t want to grow up is full of Native American stereotypes, from use of the word “Injun” to the song “What Makes the Red Man Red.”

Short Circuit: An East Indian scientist’s stereotypical speech and struggles with the English language provide much of the movie’s humor — and he’s played by a white actor (Fisher Stevens).

Sixteen Candles: Oh, Long Duk Dong. People who’ve loved this movie since the ’80s find you hilarious, but you’re also extremely stereotypical. And why must a gong play every time you’re on-screen?

Swiss Family Robinson: The broadly stereotyped Southeast Asian pirates make it a lot harder to enjoy this otherwise family-friendly story about the castaway Robinsons and their amazing tree house.

West Side Story: Race relations and discrimination are at the heart of this classic Romeo and Juliet story — which makes it all the more puzzling that the key role of Latina Maria is played by Caucasian Natalie Wood.

Peruse the Family Room for parenting tips, stories, and humor

This piece was syndicated with permission from Common Sense Media

Common Sense Media is an independent nonprofit organization offering unbiased ratings and trusted advice to help families make smart media and technology choices. Check out our ratings and recommendations at www.commonsense.org
Next Article