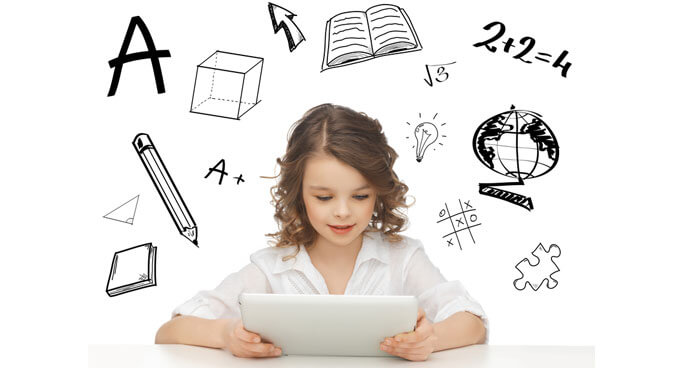 When you look at your kids playing video games, you might worry they’re wasting time and energy passively staring at a screen and pressing buttons. But what if their play time was actually a creative outlet that fostered their imaginations? More and more games, apps, and websites are letting kids as young as kindergarteners create anything they can think of — and it doesn’t have to take a ton of time. Even better, most of these tools don’t require kids to be skilled programmers or computer experts to design and build creative, entertaining experiences.

Whether your kids enjoy creating fun new game elements, editing existing game content, or fully designing their own games from scratch, these programs can help bring their ideas to the screen.

Blox 3D Junior, age 5. Although Blox 3D Junior is considered to be a modeling toy, players can create, destroy, and animate pixelated 3-D objects at will. The design elements are easy to pick up and understand, and anyone from kids to adults will enjoy building and breaking apart digital creatures in a matter of seconds.
Good for: Kids interested in building and breaking 3-D models like digital Legos.
Good to know: Players can control and make models by tapping on a tablet screen with one finger.

Lego Game Creator, age 7. Everything is awesome with this online Lego-themed creator, which lets budding designers create their own side-scrolling platform games with characters from The Lego Movie. From the special abilities to the goals for the end of the level, Lego Game Creator is basic enough for young designers. Plus, content is very safe, since the only chaos in the game results in Lego bricks flying everywhere.
Good for: Lego and The Lego Movie fans.
Good to know: The level editor walks kids through level creation step by step.

3-D Dot Game Heroes, age 10. 3-D Dot Game Heroes, which is both a spoof and homage to the Legend of Zelda series, gives players the flexibility to create wacky heroes (such as Santa Claus … or an accountant) as well as the main weapon they’ll use throughout their adventure. The pixelated character models are clearly a throwback to the 8-bit days, and since the tone of the game is lighthearted, players enjoy designing and uploading their characters — the sillier the better — online for other fans.
Good for: Fans of classic adventure and Nintendo games — and humor.
Good to know: Some downloadable user-created content might be objectionable.

Disney Infinity, age 10. The Disney Infinity games let players explore and create their own game adventures with the various Infinity characters. It’s a bit unorthodox compared to the other game editors and creators, because kids will have to spend both time and additional money if they want to unlock every tool and object for their designable adventures. However, if you’ve ever wanted to create adventures with Mickey Mouse, Captain Jack Sparrow, and the Avengers, Disney Infinity is a good choice.
Good for: Fans of Disney who want to make new stories with their favorite characters.
Good to know: Acquiring all the creative content and characters will cost you.

Toca Builders, age 6. If your kids aren’t ready for Minecraft yet, Toca Builders is a great alternative. The sandbox-style game lets kids create anything they can think of, without having to worry about the combat or the monsters Minecraft is known for. The game also comes with a set of characters who have separate jobs, which will help users build and create their new game worlds — perfect for the young designer starting out.
Good for: Kids interested in sandbox-style play and who aren’t ready for Minecraft.
Good to know: Anything created is automatically saved, giving kids freedom to work as much or as little as they want in a play session.

Drawn to Life, age 7. Unlike games that use drag-and-drop-style customization, Drawn to Life gets players to draw to define and edit their game worlds. That means that everything from the characters as whom you play to their weapons are defined solely by your imagination. Few games offer such wide-ranging flexibility.
Good for: Young artists and kids with vibrant imaginations.
Good to know: This game can be used on phones, tablets, handhelds, and consoles.

Minecraft, age 8. Few games exemplify the concept of editing an existing game better than Minecraft. The ability to make physical changes to a randomly created world has helped the game retain its longevity and legions of devoted fans. In fact, the main goal of the survival mode is making players alter the landscape to simply collect the tools needed to survive. Not many games can challenge Minecraft for its in-game editing play.
Good for: Thanks to its deep play, virtually anyone interested in games.
Good to know: Players can get editor tips for their creations through numerous websites and YouTube channels.

Trials Fusion, age 12. Trials Fusion maintains the popular racing game’s focus on outrageous motorcycle stunts, crashes, and speed. But Fusion stands out by providing a deep track editor that allows players to create levels that are challenging and complex. These can easily be uploaded to game servers for user testing and feedback, and players can download loads of new courses to expand their own game experience.
Good for: Racing fans who like pushing the envelope of physics with their tricks and on their tracks.
Good to know: More than a million tracks were created for the previous game in the series, and at least as many are expected for this racer.

LittleBigPlanet 3, age 8. As with Project Spark, LittleBigPlanet 3 lets players design whatever they want with a robust level creator. However, much of its design revolves around trial and error, so players can quickly diagnose what worked and what didn’t in their creations. LBP3 comes with in-depth tutorials and has an incredibly active player community that has produced more than 10 million levels or mini-games with its creative tools, so new designers also can learn from other creators using the editing tools on a daily basis.
Good for: Kids and kids at heart who like playing with dolls and stickers.
Good to know: Designers have made everything from pinball machines to racing games to space shooters with the LBP tools.

Tynker, age 8. The Tynker website uses visual blocks of code to explain to kids programming concepts developed at MIT. Through videos, programming tutorials, quizzes, and self-driven work, kids learn the basics of game design. Tynker provides several free games for users to play and disassemble to figure out how they work, and interested designers can pay for lifetime access to programming courses if they want additional instruction or refreshers on topics.
Good for: Kids with a dedicated interest in learning programming and design.
Good to know: Lessons aren’t cheap, but they are designed to teach key concepts that can be used in any designed game.

Roblox, age 10. If game design is about creating an imaginary game world and bringing it to life, then Roblox wants to be the universe in which all these worlds exist. With this Web-based creation site, users can design their own games and experiences or explore previously uploaded games for ideas. The site’s tools and game elements are constantly being updated, ensuring that players never find themselves with stale or outdated elements. Plus, Roblox is accessible on phone, tablet, and computer, so kids can constantly make changes to their designs as they see fit anywhere they are.
Good for: Designers who always want the latest tools at their fingertips.
Good to know: There’s a gentle learning curve; users can start as players and transition to being designers when they feel ready.

Gamestar Mechanic, age 10. Gamestar Mechanic celebrates game design and coding by putting players in a sci-fi world where designers are superheroes. The Web-based game introduces different genres of games via play samples and provides backgrounds and characters for players to create their own levels. With each design section they work through, players unlock further elements that can be used for future projects. Plus, created levels can be shared and reviewed by others in moderated forums.
Good for: New designers who enjoy the feeling of power from creating cool projects.
Good to know: With site time limits and moderated content, this is one of the safest design communities for kids.

Project Spark, age 10. Project Spark gives kids the flexibility to create whatever they can imagine. Everything from adventures to sci-fi tales to pinball tables and more are at your fingertips, and the premade scenarios serve as guides to how you could build your own game. Plus, it’s extremely accessible; if you can make decisions about how things react when an in-game event occurs, your playable experience can be as simple or complex as you want it to be.
Good for: Creative gamers who want to try making anything in their imaginations.
Good to know: Parents can restrict access to developer-moderated content if they’re worried about the levels their kids might download for creative ideas.

Codea, age 13. If your kids are really into checking out the latest and greatest apps on the iPad, why not give them the chance to figure out how to make their own? Codea uses the Lua programming language and provides sample programs and tools to help create programs. It’s touchscreen-friendly for tablets, and it provides instant feedback for any possible errors that may be in your code. Plus, it comes with a tutorial and step-by-step guide for beginners interested in trying to learn Lua basics.
Good for: Tablet fans who want to learn more about how their device works.
Good to know: Visual cues provide instant feedback, which helps reinforce what newly learned commands do in the Lua language.

Common Sense Media is dedicated to improving the lives of kids and families by providing the trustworthy information, education, and independent voice they need to thrive in a world of media and technology. We exist because our kids are growing up in a culture that profoundly impacts their physical, social, and emotional well-being. We provide families with the advice and media reviews they need in order to make the best choices for their children. Through our education programs and policy efforts, Common Sense Media empowers parents, educators, and young people to become knowledgeable and responsible digital citizens. For more information, go to:www.commonsense.org.
Next Article