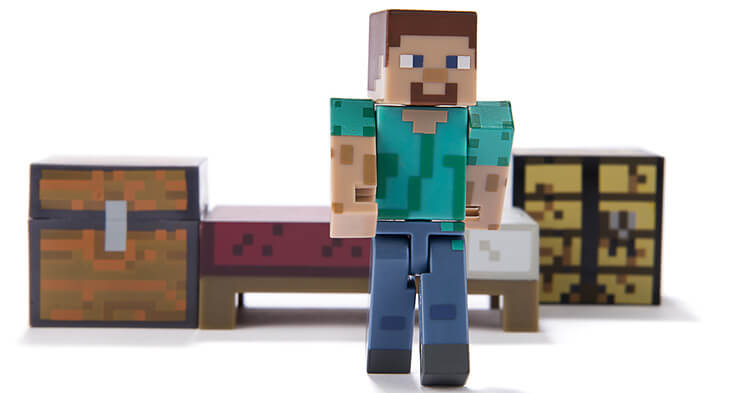 If Minecraft has taken over your kids and you hardly know who they are or what they’re talking about anymore, you’re in good company. But, although you may love that the game helps build 21st-century skills such as creativity, innovation, and collaboration, your kids’ obsession can be overwhelming. Perhaps most puzzling is that every waking moment they’re not playing Minecraft, they’re in front of YouTube watching Minecraft.

For fans — and they are legion — Minecraft YouTube videos are a huge part of their enjoyment of the game. There are tutorials (for ideas on new things to create), “Let’s Play” videos (footage of people playing the game), challenges (new gameplay ideas to try), mod showcases (which show off cool thing kids can download to modify their Minecraft worlds), and more.

But the unique things about the game, including the ability for any player to create anything they want, can result in wide variations in quality, age-appropriateness, and relevancy to your kid’s specific interests and gaming ability. There are hundreds of channels devoted to Minecraft, including popular but edgy ones such as Yogscast and SkyDoesMinecraft, and it’s hard to know which ones are good for kids. Although you could download an app such as KicVidz, which curates only kid-friendly Minecraft videos, you know your little fanatic will be begging — and searching YouTube — for more.

Even kid-friendly videos come with a few caveats. First, with many clocking in at 20 or 30 minutes, they can be a major time suck. Second, many have commercials that advertise products from cars to cookies to vodka. Third, some videos contain salty language so take note of our age recommendations below and preview videos when possible. But there’s plenty to explore to help fan the flames of this mostly worthwhile pursuit. Here are the top 10 best-for-kids YouTube Minecraft channels.

1. Stampy (aka Mr. Stampy Cat, aka stampylonghead). A British cartoon cat (voiced by Joseph Garrett from Portsmouth, England) hosts the lively videos on this lighthearted channel. Stampy offers Let’s Plays and tutorials on a range of Minecraft topics (and other games, all family-friendly), and his game worlds are distinctly colorful.
Best for: Younger fans. Stampy feels like a cross between Pee-wee Herman and Mr. Rogers.
Check out: His How To Minecraft series is excellent for noobs.

2. iBallisticSquid. Stampy’s best friend is a squid — remember, anything is possible in Minecraft! — voiced by Garrett’s real-life pal David Spencer. Squiddy (or Squid Nugget) exchanges mild, kid-friendly, English-accented banter with Stampy and uploads Let’s Plays, mods, and challenges (which are usually set for him by Stampy).
Best for: Younger fans. Squiddy’s squeaky-clean.
Check out: His Pixelmon Learning the Basics is a great introduction to a cool mod.

3. Paul Soares Jr. This self-described husband, father, entrepreneur, and gamer offers family-friendly Let’s Plays and tutorials in a kindly, straightforward style.
Best for: Younger kids, new players, and families. Soares mixes in a lot of how-to information while he’s playing.
Check out: Soares’ How to Survive and Thrive tutorials are newbie nirvana. Also, note the ratings on his videos; he’s the rare YouTuber who has bothered to have his content rated for families so you know it doesn’t contain mature content.

4. TheAtlanticCraft. Hard-core gamers Cody (theCodyMaverick) and Joe (JoeBuzz) manage to make their Let’s Plays, mods, mini-games, and more both kid-friendly and technically advanced. The two have a fun rapport as they battle and explore very sophisticated worlds. Language on this channel can get heated.
Best for: Older kids. The guys also host servers and offer downloads on their website.
Check out: “Let It Glow,” a Minecraft parody of Disney’s “Let It Go” from Frozen.

5. Popular MMOs. Although it’s known for epic battles and massive explosions, Popular MMOs’ host is a friendly, folksy guy named Pat, whose knowledge of and enthusiasm for the game plus killer mods draw big audiences. He also frequently plays against his fiancée, Jen (who hosts her own Minecraft channel, GamingwithJen).
Best for: Older kids with a taste for excitement.
Check out: The Minecraft Kitty Cat Challenge, where Pat and Jen honor the passing of their cat by duking it out on Minecraft, shows the human side of the game.

6. Minecraft Universe. Charming TrueMU (real name: Jason Probst) hosts this popular channel that’s jam-packed with adventure maps, parkour maps, mini-games, and even original electronic songs available for download. He often plays spirited games against other advanced Minecraftplayers in a group called Team Crafted.
Best for: All ages. There’s a wide range of content.
Check out: The “Hottest Girls Ever” Let’s Play, wherein Jason and an opponent play as female avatars, can spark a conversation about gender roles in games.

7. The Bajan Canadian. Twenty-year-old Canadian video game commenter Mitchell Hughes offers a wide range of technically adept Minecraft videos, mostly played with a gentle, nerdy patter against his mild-mannered gamer pals.
Best for: Older players who really want to geek out on Minecraft.
Check out: His parkour videos and downloadable “wacky parkour maps” are some of the best.

8. Maricraft. Hosted by female gamer Mari Takahashi on the ultra-popular gaming channel Smosh Games, Maricraft features mostly Let’s Plays of spirited battles with her pals in wacky Minecraftworlds.
Best for: Older fans. Players swear, but the words are bleeped out and there’s some juvenile humor.
Check out: In Splegg in Your Face!, Mari and friends pummel each other with spleggs (Minecraft eggs).

9. TheDiamondMinecart. Hosted by twentysomething Dan Middleton of Northamptonshire, England, TheDiamondMinecart is popular for its wide variety of entertaining, creative videos. The videos’ quality across all genres (Let’s Play, mod reviews, characters, and so on) has made it one of the most highly subscribed-to and most highly viewed channels on YouTube.
Best for: More experienced players; the offerings are pretty advanced, but they’re mostly clean.
Check out: The Hunger Games video wherein DiamondMinecart takes on Stampy has a fun twist at the end.

10. CaptainSparklez. With one of the biggest audiences on YouTube, CaptainSparklez dazzles with his technically advanced worlds and warm, entertaining commentary. Recently purchased by Disney-owned Maker Studios, CaptainSparklez is beloved as much for his intricate, atmospheric, and complex worlds as for his parody videos.
Best for: Experienced players who can grasp the technical jargon. He can get a little edgy, too.
Check out: His Super Modded Survival Series takes fans on an epic adventure full of dungeons, new dimensions, and mighty foes.

Common Sense Media is dedicated to improving the lives of kids and families by providing the trustworthy information, education, and independent voice they need to thrive in a world of media and technology. We exist because our kids are growing up in a culture that profoundly impacts their physical, social, and emotional well-being. We provide families with the advice and media reviews they need in order to make the best choices for their children. Through our education programs and policy efforts, Common Sense Media empowers parents, educators, and young people to become knowledgeable and responsible digital citizens.
Next Article