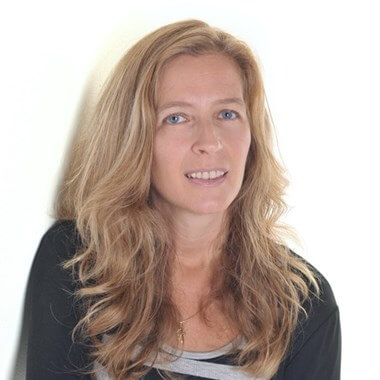 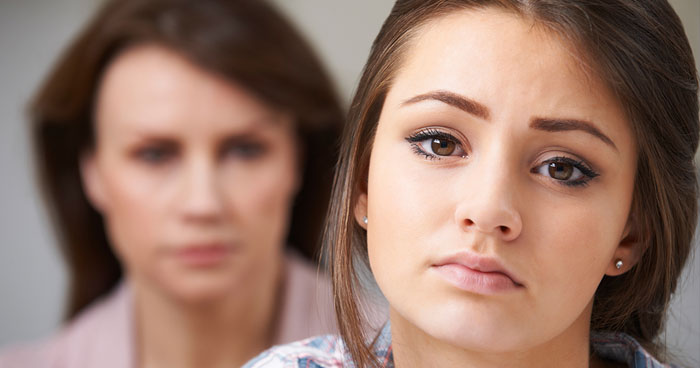 Parenting is part wisdom, part experience, and part tissue memory. We’ve all experienced that moment when we open our mouths, and our mother (or grandmother) comes out.

We’ve all said things to our teenage daughters that we don’t believe or condone. We’re just repeating the advice of past generations, and, let’s face it, nothing that’s going on in 21st-century adolescent culture is quite what it was.

Here are some of the things I’m vowing to stop saying to my teenage daughter and what I’m going to try instead.

What I say: It doesn’t matter what people think.

It does matter, to her. A lot. Psychologists have identified a phenomenon known as the spotlight effect, which seems to be particularly strong during the teenage years. This means that our teens genuinely believe that everyone notices every little mistake they make and that this colors their peers’ long-term opinions of them.

What to say instead: What do you think about most often?

As Samuel Johnson once said: “If any man would consider how little he dwells upon the condition of others, he would learn how little the attention of others is attracted by himself.”

Quoting Samuel Johnson to your teen is more likely to get you a condescending eye roll than a grateful epiphany, but it’s true that most of us are far too busy worrying about things that directly affect us to focus on what others are doing.

It may help your teen put things in perspective when she considers the fact that she only obsesses about her mistakes and embarrassments, not other people’s. So it’s unlikely that anyone else thought twice about that embarrassing incident in English class today unless it also impacted them.

What I say: It doesn’t matter how you look.

This is a lie. In high school and middle school, it does matter how you look. It shouldn’t, but it does. It matters how you dress. Hair and make-up matter. Weight matters. Girls talk about this stuff. Even to each other’s faces (and even more behind each other’s backs).

Teenage girls are brutal. They point out a pimple or a fashion faux-pas just because it’s there. So looks do matter.

What to say instead: You’re gorgeous. And it’s irrelevant.

Our daughters aren’t stupid. They know we’re biased. They don’t take our assurances that they’re gorgeous that seriously, but they still need to hear them. They also need to hear that their gorgeousness does not define them.  They need to hear positive praise unrelated to their looks.

Part of our job in raising strong young women is teaching them both that they are beautiful and that their beauty is a small, unimportant part of who they are. It’s convincing them to feel attractive and to know that what’s on the inside is what matters.

It’s letting them know that yes, the sad fact is, looks do matter, even after the teen years. People continue to judge others by their physical appearance long after high school. But other things matter more. Much more.

What I say: Good grades are really important.

It’s natural to want and encourage academic success for our daughters, but we’re putting more and more pressure on them to get good grades in a world where long-term success and happiness don’t rely solely on doing well in school.

What to say instead: What do you want to do?

Maybe good grades are important to your daughter’s future career plans, but maybe you’re making assumptions that simply aren’t true. Start with your daughter’s ambitions and help her reverse-engineer a resume that will work for her instead of simply focusing on academic prowess.

Volunteer work, extra-curricular activities, and making connections (sometimes it really is about who you know) may be more valuable than top-notch grades. Encourage your teen to reach out to someone successful in the industry she wants to work in so she can ask what she should be doing now to help her succeed in the future.

Remember teenage girls are prone to frequent U-turns and the occasional whim. Help her identify opportunities that will lend themselves to adaption if she decides to change course along the way.

What I say: He’s mean to you because he likes you.

I don’t say this, but I hear it a lot. This is a common example of how we say something to our daughters that’s more about repeating what we were told as a child rather than telling them something we truly believe.

There are any number of reasons boys may be mean to our daughters, but we all know that deep down, functional human beings aren’t unpleasant to people they like. And if they are, they probably need help, not an intimate relationship with someone who’s been told that that’s OK.

What to say instead: It’s not about you.

People’s behavior is related to their character, issues, or current frame of mind. One of the most valuable things we can learn as women and human beings is that most things are not about us. A few things are. But most aren’t.

What I say: These are the best days of your life.

This is another cliché adults have been telling teens for years. You’re old enough to go out and have fun. Your parents are still paying your bills. These are times when you have few pressures or responsibilities. Enjoy them. Be grateful.

This may have been true a generation or two ago. But modern-day teens have a rough ride. They’re dealing with scary levels of anxiety and a whole different set of issues. Their levels of depression are high and getting higher. Studies show that the best years of our lives probably come along much later.

What to say instead: It gets better.

It really does. And until it does, I’m here for you. Tell me what you need to get through the teen years. I’ll do my best to help make it happen.

This post was written by Karen Banes exclusively for BonBon Break Media LLC.

5 Tips for Traveling With a Teenager

Karen Banes is a freelance writer specializing in parenting, wellness, and entrepreneurship. She loves helping and supporting other writers and is the author of several ebooks about freelancing, writing, and social media. She’s also a wife, mother, and bookworm. When not working or parenting, she can be found playing with her virtual friends on Twitter and Pinterest.
Next Article