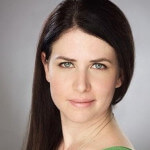 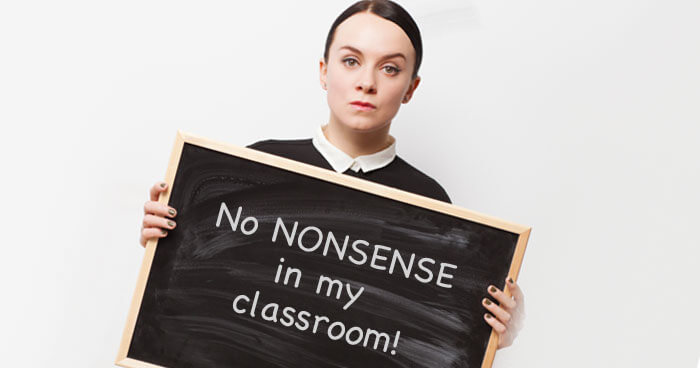 I recently learned about a new classroom management system being used in more than 250 U.S. schools. The system, called “No-Nonsense Nurturing,” discourages teachers from, among other things, using the word “please” in their classrooms. It also encourages teachers to eliminate unnecessary words from their interactions with students. For example, teachers at a No-Nonsense Nurturing campus might be coached to say something like “Books on desks” instead of “Your books should be on your desks now.” Proponents of the program argue that it sets high expectations for students and makes directives clear. Eliminating niceties such as “please” leaves no room for noncompliance, they say.

The system is not without its critics, but it is also being praised by many as a refreshing take on classroom management. “Brilliant!” raved the author of an article I read. “Why should teachers say ‘please’ when asking students to do something they should already be doing?” she argued. The author seemed to hold the opinion that if something gets kids to sit down and shut up, then why not use it?

The problem with programs like No-Nonsense Nurturing is that they perpetuate outdated beliefs about the way we should interact with children. Specifically, it follows conventional wisdom that maintaining order in the classroom, (or at home for that matter), is only possible by ruling with an iron fist. Showing children any sign of compassion, understanding, or indeed, common courtesy is equated with leniency and ultimately leads to chaos. (After all, those kids from Lord of the Flies were a direct result of hearing “please” too many times from their teachers, am I right?)

But the truth is that children can and do comply with rules when the words “please,” “thank you,” and even “what do you think?” are part of the authority figure’s vocabulary. In fact, many would argue that such words actually contribute to a more pleasant, orderly, and yes, compliant group of kids.

Why? Because doing so establishes an environment of mutual trust and respect, versus one of intimidation and compliance at any cost. Ultimately this will be more beneficial to students not just when they are children, but long after their schooling has ended. After all, we know by now that teachers impart far more on their students than academics. If that is true then, what message will teachers send their students by barking orders at them in the name of No-Nonsense “Nurturing” and the like? Is this the way we expect them to treat others as grown-ups in the real world? Or does it teach them that it’s just okay to treat kids this way because it’s the only thing that works on them?

Creating an environment where children’s opinions are valued, not squashed, does not mean that they are allowed free reign; it just means that they are treated as humans, instead of second-class citizens. It means taking a hard look at our policies to determine whether they truly benefit students or if they just make things easier for us as adults. It also means keeping the spectre of overexerting authority at bay by respecting students as much as we expect them to respect us.

Do limits need to be set? Absolutely. As in any relationship involving multiple parties (work, family, etc.), everyone involved must conform to certain standards if the group at large hopes to accomplish its goals. A big part of our job as adults is to teach children those standards. They, being relatively new to the world, may understandably have difficulties with this. It is up to us then to be their firm, loving guides– not their drill sergeants.

But we really slip up when we see the establishment of those limits as black and white. When we hold up “give ‘em an inch, they’ll take a mile” as our mantra and make decisions accordingly. It’s all or nothing. You either whip those kids into shape or you run the risk of them wrenching control away from you, not learning, or *gasp* becoming entitled.

Why can’t we be comfortable with the “gray,” in a manner of speaking? Children need limits, and we can establish those limits in a way that is respectful, yet firm. Full stop. Is that really such a radical notion? Will our society really go to hell in a handbasket if we follow that logic? Because I would argue that in following that simple principle, we are instilling in our children the very things that we attempt to teach them–work ethic, respect, cooperation– in other more misguided ways, as with No-Nonsense Nurturing.

READ MORE IN THE FRONT PORCH

This post was written by Leslie Gaar exclusively for BonBon Break Media LLC.

Leslie Gaar is an early childhood specialist, educator, writer, and mom of three. She has been featured in The Washington Post, Scary Mommy, and Babble.
Next Article