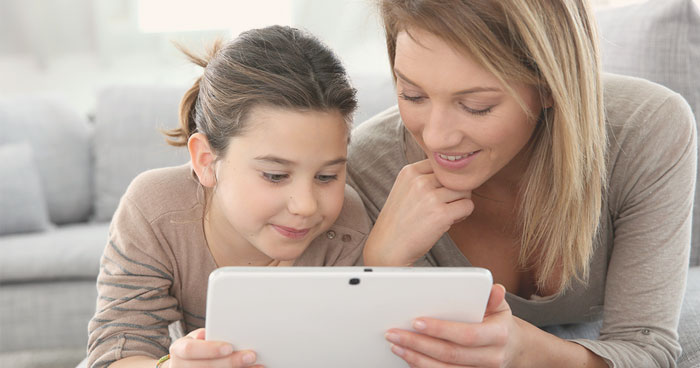 I won’t lie. I was that parent who said, “No SCREEN TIME!” until I realized that there are actually a lot of benefits for my kids. In the spirit of honesty I admit,  I really enjoy sitting down and playing word games or Prune with my kids. It’s the perfect rainy day activity and we can play back and forth. Lately, when they ask for screen time, I jump in and play with them or read aloud from a downloaded book.

Did I mention my son and husband have been COMPLETELY sucked in by Minecraft? I love hearing them strategize together. My daughter loves to read “Bob Books” with me and this makes my mama heart so happy.

Here are some other apps you can play with your kids:

These are the games I REALLY love to play with my kids (and alone!) right now.

Sometimes, when we get the ball rolling, it’s hard to stop the games and turn our screens off.

That’s where OurPact comes in, there is accountability for our kids, but it keeps me honest as well.

OurPact empowers parents to guide their children through the balanced use of technology. It is a leading parental control app for iPhones, iPads, and iPods that makes it easy for you to set limits on how much time your children are spending on their mobile devices. Create schedules, block all Internet and app use at a moment’s notice or reward them with the allowance feature. Setting those limits can apply to us as well…and it is FREE. Download it now.

You can set a timer from your device or you can have “screen time” windows in your child’s (or your) day. It’s pretty cool.

They even have these helpful hints like this Family Contract where you can discuss using the privilege of mobile device ownership as a vehicle for trust-building within your family.

When we are set to play together online, oftentimes, I will use the OurPact timer so we don’t stay on all day. Now if I can just get my husband to start using it!

This post was written by Val Curtis exclusively for BonBon Break Media, LLC. All rights reserved.

Fun Ways to Teach Your Kids to Write Thank You Letters
Val is the Editor-in-chief of BonBon Break. A former middle school science/math/tech teacher, she put her career on hold to be at home with her son and daughter on an island in the Pacific Northwest. When Val breaks away from her keyboard, she enjoys gardening, cooking, hiking, camping, photography, tidepooling, sailing and potlucks. She gets a kick out of combing the web for recipes and making them gluten free so she can share meals with her husband, family and friends. She is a tech-gadget geek who is poked fun at, but it doesn’t bother her a bit. Combining her love of photography, tech and graphics to create new, fun content for BonBon Break quenches her “thirst” for integrated technology.
Next Article