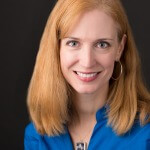 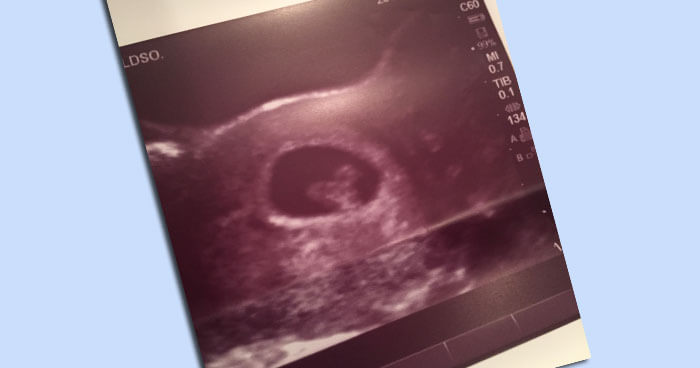 I hadn’t seen an ultrasound screen in almost 15 years.

The technician pressed the wand low on my belly until a tiny image showed up. And there, in the center, blinked a rhythmic beating that confirmed what the blood tests had already indicated. I wasn’t starting menopause, although at age 46 that idea wasn’t so far-fetched. Seventeen years since the first time I became become pregnant, and a decade-and-a-half since the last, there was a tiny life growing inside me.

Already in the days leading up to the appointment, I’d given up my cups of Earl Grey and started drinking water instead. I bought prenatal vitamins even though I felt foolish doing so if this was all just an error. I fretted over the skipped meals, bottles of beer consumed, and folate unconsumed during the previous weeks — before I knew pregnancy was a possibility. My reaction reminded me of how quickly we women switch into protector mode, even when a child might still be a dream rather than a reality. Protecting is what we do.

Which is why life seems so broken and cruel when we aren’t able to do it.

Four years earlier, I hadn’t been able to protect my son from a neighborhood accident. After 12 years of loving him, parenting him, and helping him navigate everything from friendships to multiplication to his nascent faith, I arrived at the edge of a swollen creek in a neighbor’s backyard seconds too late. Jack had fallen in and was swept to his death.

Our family was shattered. My daughter, husband, and I had to find a way to keep living even though we weren’t sure we wanted to. Surviving without Jack seemed ludicrous, distasteful, and nearly impossible to even consider in those early days.

But we did it. We are still doing it. The longing for our firstborn has not abated, even a bit. Not leaving Jack in the past means we talk about him, we acknowledge that death ends a life, not a relationship, and we honor the place in our hearts always reserved for him. When we saw Jack’s first sonogram so many years before, we didn’t yet know that he would be charming, funny, gentle, and whip smart. Or that his interests would range from baseball to LEGO to acting, while another boy might have chosen soccer and superheroes and the trombone. But we knew we wanted to protect the baby on the screen, and that we would grow to know and love him, the ideal child for our family.

Many thoughts flooded my mind as the technician finished her work and wiped the gel off my tummy, all of these years later. Could I parent in my late forties? Fifties? What would it be like to be a high school parent again in my (gulp) sixties? Would I have the energy and stamina? How would grief inform my parenting? Would my daughter be able to forge a relationship with a sibling 15 years younger? How would the stress of a baby and toddler impact a marriage already tested by grief?

And this baby didn’t even look like a baby yet! Sonograms start so much earlier these days. While Jack’s 20-week sonogram definitely looked like a little person, albeit bearing a strong resemblance to Alfred Hitchcock, this 8-week-old baby looked more like a blob. Did I just say that? Did that mean everything maternal in me was all used up? Or, what if I had the protective instinct, but not the love? I told myself not to worry, remembering how my much younger self wondered if my heart would have enough room for another baby, my daughter Margaret, and the answer, of course, had been yes.

The technician handed me the strip of photos, and I gathered my things to head out, awe and worry mingling in my brain. There had been less than a one percent chance of someone my age conceiving naturally, yet we had. And if there was anything we had learned over that past four years, it was that nothing was impossible. Losing a child was not impossible. Nor was surviving and even thriving after such a loss. Parenting in my forties, fifties, and even sixties did not have to be impossible either.

Surely there would be enough of it. We’d experienced an outpouring of love from friends and family who stuck by us in our pain. The love of a God who comforted us in the darkness. And the love in our scrappy little remnant of a family that said, “We won’t give up on life!”

I snapped a picture of the sonogram to send my husband. Turns out it wasn’t a blob; it was a heart. The love was already growing, even before I knew it existed.

Read more from the INSPIRE posts

PIN THE SONOGRAM FOR LATER

This post was written by  Anna Whiston-Donaldson exclusively for BonBon Break Media, LLC.

Anna Whiston-Donaldson is a popular blogger, author, and speaker whose New York Times bestselling book, Rare Bird: A Memoir of Loss and Love chronicles the raw, early grief of losing her 12-year-old son in an accident. Selected one of Publishers Weekly’s Best Books of 2014, Rare Bird resonates with readers looking for hope in impossible circumstances.
Next Article