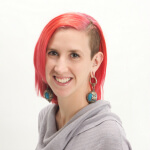 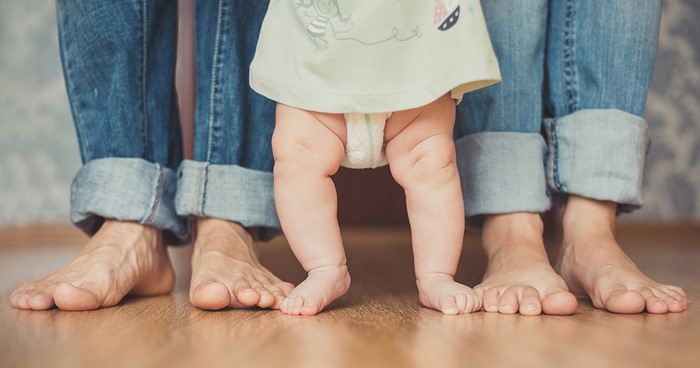 My husband and I have a long history. (A long history!) We first met in 7th grade art class. I didn’t know him well; I was the “new kid in town” and he was the shy boy who sat at the table behind me. When the Halloween dance was announced — my first school dance at that! — I brazenly sauntered over to his desk and asked him to save a dance for “the witch.” (Yup, I was a stunner with my all-black apparel, wide-brimmed hat, green face paint and a wiry, black wig.)

Apparently that was endearing to him, because after our awkward first dance, where we held each other at a safe distance — i.e. no less than 16 inches apart — and a shared can of Coca-Cola, we started dating. We broke up just three months later, but that is where it all began.

Fast-forward a few years. We rekindled our relationship at 17 where we fumbled through the strange dating days by eating  dinner at places like Rainforest Cafe and watching Arnold Schwarzenegger movies in cold, dark theatres (on our first Valentine’s Day!). Somehow we made it through and became high school sweethearts. Soon after, we became that “college couple,” the carryovers from high school that everyone expects to split up by winter break. But we didn’t. By 21, he was my fiancee and by 24, we were married. Were we ready to start a family? Hell no. But we were in the honeymoon period: that time of our lives where everything seems picture perfect and love always wins.

I don’t know when it ended; I don’t know when I stopped looking into his eyes and loving him, but by the time I gave birth to our daughter in the summer of 2013, I had traded compassion for contempt, and I was watching our 12-year relationship and 15-year history, dissolve into nothing more than a tearful puddle on our bathroom floor.

I was so engrossed with new motherhood I didn’t notice it at first, but we weren’t speaking. Sure, we talked about the color of our daughter’s poop and how many times she had awoken that day, but the conversation was strained. We were struggling to make small talk. We were struggling to find ourselves and each other, and instead of dancing together, we now danced around each other — in a semi-choreographed routine based solely on avoidance.

No one warns you how much having a child can change your marriage. Our foundation was rocky going into it, but I thought it would get better. I thought we would pull closer, pull together as a parenting team. Instead, we were drifting further apart.

Then my daughter, um — how shall I say this — voided her bowels in my husband’s hands.

“Well, move her away from my head; I don’t want her to poop on me!” (Sleep deprived and having spent the whole day wrist-deep in infant diapers and endless bowel movements I wasn’t willing to take any chances. I’m also pretty sure I didn’t say poop, but that is beside the point.)

No sooner did I say that, no sooner had her glistening little booty been moved away, then it happened. She began crapping in her father’s hands.

To say it was everywhere would be an understatement: the runny mustard-colored turd was dripping between my husband’s fingers, into the sink, and onto the floor.

He screamed and laughed, laughed and screamed. “What do I do! What do I do?!”

Gasping for air, hunched over and holding my stomach — my side literally hurt from the hilarious scene unfolding before my eyes — I squeaked, “Hold her over the sink until she’s done.”

By the time she was done, not one but two movements later, tears were rolling down our faces, tears he couldn’t wipe thanks to the feces running between each and every finger.

It seems strange to say that stool brought us back together, but it did. You see, when you are faced with a mess, you have two choices: buck up and clean it, or stand there, covered in crap. And when the bath was over (Daddy’s and our daughter’s), the tears wiped from our eyes and the house once again quiet, we chose to wipe up our mess. I won’t say it was easy; in fact, it took more than two years and couples therapy to make it work, but it did work. Because we decided it had to work. Because we chose to clean it up.

This post was written by Kimberly Zapata exclusively for BonBon Break Media, LLC.

To Fall in Love (again) with Your Spouse, Do This

10 Things I Hold True After 10 Years of Marriage

Kimberly Zapata is the creator and voice behind Sunshine Spoils Milk, a blog dedicated to depression, mental health, and mommyhood. Her work has appeared on HuffPost, Scary Mommy, Mamalode, Bonbon Break, Blue Lyra Review, and APIARY. When Kimberly is not working, writing, or keeping her daughter’s fingers out of light sockets.
Next Article