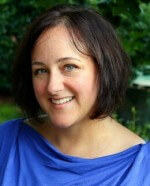 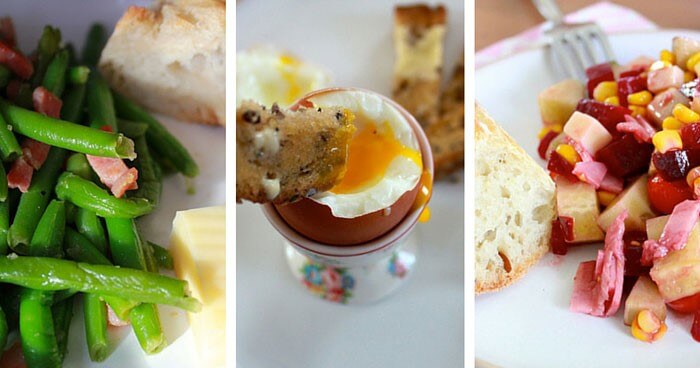 If I’ve learned anything in my collective twelve years in France, it’s that French dinners are simple affairs, and they are mostly vegetarian. The elaborate concoctions that you probably think of when you envision French food are reserved for dinner guests – or for Sunday lunch.

I’d like to share recipes for three fast French meals that are all very simple and can be made in just 15 minutes.

I should preface this with some explanation. Before coming to France, I could never have imagined that a vegetable soup or a salad could be enough for an entire dinner. I certainly couldn’t have imagined children being content with just that. But what makes this possible is that some of the French culinary mainstays are green salads (unless your entire meal is soup or salad), baguettes and cheese platters, as well as the fruit, applesauce or yoghurt for dessert. When you add those elements, the “simple” meal suddenly becomes delightfully complete!

This summer salad can also be made in the changing seasons of autumn and spring if you skip the tomatoes. I avoid it during the winter months because you won’t want to eat anything that’s not piping hot if you’re too far North of the equator.

, which is a lovely book full of yummy French recipes.

Yes! This is dinner! And my kids beg for it.

If you have time, take your eggs out of the refrigerator an hour in advance. It helps them not to crack when they’re cooking.

Check out these cute egg cups

I serve these with cucumber or green salad and yoghurt for dessert. The butter sort of counts as cheese, so we don’t have a cheese platter.

I love to cook, and I don’t necessarily have the easiest kids when it comes to liking vegetables, but every single one of these meals is a huge hit and they are staples in our household. I hope it can spark some new loves in yours.

ABOUT JENNIE: Jennie Goutet is the author of award-winning memoir A Lady in France, and blogs under the same name. She also wrote and illustrated the children’s book Happy People Everywhere, is a contributing author to Sunshine After the Storm, and That’s Paris – an Anthology of Love, Life and Sarcasm in Paris. She was a BlogHer Voice of the Year pick three times, and her writing has appeared on Huffington Post, Queen Latifah’s website, Mamalode, BonBon Break and BlogHer. She lives just outside of Paris with her husband and three children.

This post was written by Jennie Goutet exclusively for BonBon Break Media, LLC.

Hot Roast Beef Sandwich by Art and the Kitchen