Tips for Tailgating With Kids 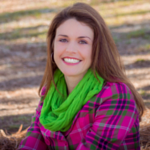 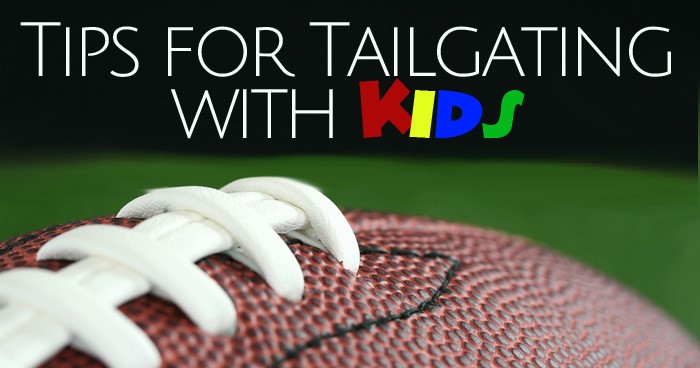 Can you believe that the best season of the year has nearly arrived!? Well, OF COURSE, I’m talking about Fall, but Pumpkin Spice Lattes, cooler air, and changing leaves aren’t what’s on everyone’s minds.

Along with Fall comes Football Season, and in my neck of the woods, as well as other areas of the country, football season is a hallowed season within its own right, whether the individual’s focus be high school, college football or NFL games. Although team loyalties and the game on the field are highly important, the gatherings surrounding these weekend sporting events are what really cement them as a highly anticipated part of our culture.

So many of us rocked tailgating during our college years with coolers of beer and corn-hole tournaments. However, now that many of us have young children, how can we attend football tailgates with them in tow and still have a good time? Here are some suggestions on making football game trips with the kids more of a victory than an agonizing defeat:

If you will be hanging out at the car before and after the game for awhile with fellow fans and friends, be sure to have these in your trunk of tricks. A tent is great for letting them take a break from the sun. It will be easier for them to spot your tailgate location in a sea of others if you decorate the tent or get a canopy with an unusual color. Bring fun things for them to play with like frisbees or Nerf footballs (so no one gets whacked in the nose a la Marsha Brady). It will keep them occupied and encourage them to make friends with surrounding kids, which will allow you time to talk to your friends. Pack a separate drinks cooler specifically for the kids and fill it with bottled water, juice boxes and other kid-friendly drinks. Having their own cooler will encourage them to stay hydrated as they run around and keep their grubby paws out of your cooler and ice. Bring plenty of tailgate food that’s portable, that way they can eat on the long walk to the stadium.

Before college football games, there are usually a ton of fun activities at various locations on the campus. Be sure to look up the event schedule ahead of time so that you can plan out the day, hit a few fun events the kids would like, and add in time for walking to and from the tailgate site to the stadium so that you can be there to see pre-game festivities. Take them to see the team mascot and get their picture taken with him to create a tangible, awesome memory. Planning ensures that you won’t waste precious time, and it can motivate your kids with the opportunities they might miss if they sit on the ground complaining about hurting legs. Grab food from the tailgate to put in a bag for you trek around campus for fun time so that you can feed your minions along the way and not pay crazy prices for food being sold close to the mini-events. Bring an empty bag of some kind to collect all of the free “swag” that is usually being given out so that you don’t wind up toting a bunch of rubber bracelets and cups.

Get them into Team Spirit

Help them create a fun outfit ahead of time to wear to the game using your team’s colors and mascots. As a kid, I LOVED wearing a cheerleading outfit or jersey to football games. It made me feel like I was a part of something much bigger and cooler than myself and my kids are the same way. Get them a special “good luck” t-shirt to wear on all of your team’s game days, and pick up some fun temporary tattoos with the team logo for their faces or arms. Team t-shirts also usually cost less at the mall or Walmart than they do from vendors at the game, so if you can buy them their shakers, shirts, and other fun stuff before Game Day. Do it! Your wallet will thank you and you’ll deal with less whining as you stand in the lines at the game to buy said items.

This may sound like it contradicts “Planning Out Your Day”, but it really doesn’t. Accept that this tailgate experience will not be the same as attending a game without your children, and remember that being a parent means going with the flow sometimes. If you end up needing to leave the game earlier than planned or have to miss a big play for a potty trip, just remember you’re sharing an exciting, memorable experience with them and that it will be easier to take them to games when they are older. Oh, and figure out where the beer stand is located. Trust me.

Although taking your children to a football game isn’t the same as living it up like you did in your younger years, it can still be lots of fun and a time to make great memories. When it becomes hard to deal with the whining and tired legs of your little ones, just remind yourself that you can always go to another game without them later in the season. By taking them places and events like these, you are exposing them to things you enjoy and it’s easier to get a child used to events if done gradually as they grow older.

This post was written by Jessica Azar exclusively for BonBon Break Media, LLC.

Jessica Azar writes while raising four stair-step kids, known affectionately as The Herd, with her husband and college sweetheart in her Alabama hometown. She blogs at Herd Management and humorously details the adventures and mishaps of living out in the country as a work-at-home-mom of a bunch of young kids. She also happens to like yoga and Single Malt Scotch a whole lot. Jessica co-edited a mental health anthology entitled Surviving Mental Illness Through Humor, and has had essays published in humor anthologies like Clash of the Couples. Jessica is a POPSUGAR Select Blogger, a NickMom Ambassador, and does marketing work for various prominent brands. Her published work can be read on POPSUGAR, Huffington Post, Scary Mommy, The Mid, NickMom.Com, and more.
Next Article