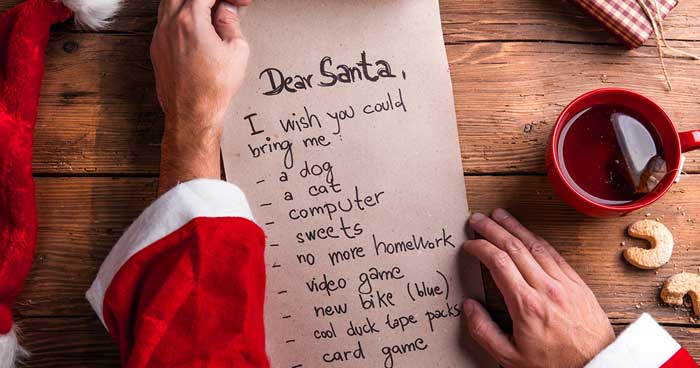 It started in July. Emails with “We would love to be added to your gift list on Bonbon Break!” and “Can we send you _____?” (insert everything from shoe odor removers to train sets) started filling my inbox. For the past two years, we created gift lists of our favorite things, hoping to benefit from the holiday madness and raise a little income during the busiest time of the year. It’s an industry standard.

In the meantime, I was reading about life after the Nepal earthquake and about Syrian refugees.

This was followed by a trip to Costa Rica. During our travels, we visited children in an orphanage, which has been created an ongoing dialog in our home during birthdays, early morning cuddles, and…yes, wish lists.

It was all just too much, and the vortex of neediness broke me down. We weren’t going to do Christmas the same way this year. We cannot WANT this year; we need to give.

I sat the kids down, and we had a little chat. For my son’s birthday, his sister chose to get him a mini Foosball table, and it was his favorite gift. He didn’t ask for it, she just KNEW it was something he would really like because they had played on one at a friend’s house, and she was right. Last Christmas, my son chose a Little Mermaid Lego set for his sister, and he was so excited to give it to her because he just KNEW she would love it, and he wanted to teach her to build Legos, and he was right.

Their favorite gifts were the ones that weren’t on their lists; they were the gifts that were chosen for them. A lot of thought went into what the other person liked and  what would be fun for them to engage in together.

My proposal to them for this holiday season was to create “Giving Lists” instead of wish lists. This week, we are sitting down and writing a list of all of the people we want to give gifts to, and they are allowed to pick one, low-priced item to request from Santa. We discussed that it wouldn’t be fair to all the kids of the world if we asked for something really expensive. Santa has a budget, you know.

Believe it or not, my kids went for it immediately, and there have been unexpected results. The “I wants” have reduced tremendously. We are exchanging lots of sideways glances with each other and knowing smiles when we hear a family member talking enthusiastically about something. We are really having fun with this. My littlest even brought up the fact that we don’t have to buy something for everyone, “We could make them something special that they would like.” BINGO!

Christmas morning gift opening will be less about which items were received from personal wish lists and more about the excitement of seeing our gifts being opened by our family members. Swoon.

With the state of the world as it is, we are also going to decide, as a family, on a non-profit to sponsor this holiday season. This is going to be a research project for the kids. I have already introduced them to WaterAid and the incredibly important work they are doing around the world. Bring us your suggestions. It’s time to bring the focus away from our wants and needs and to learn how to acknowledge the needs of others during the Season of Giving.

I would love to hear your thoughts. Do you think you could swing this with your family? What changes would you make?

READ our theme posts from SIMPLIFY , INSPIRE and CONNECT

Why Your Kid Doesn’t Deserve an “A” 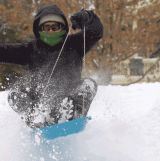 How Southerners Do Snow Days