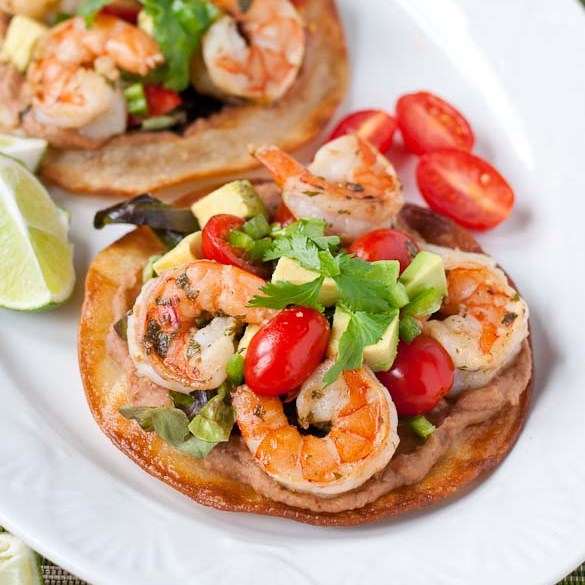 This is my kind of summer meal to take a break from the heavy BBQ that I also love so much.  These are light, flavorful and full of luscious Mexican ingredients!! ~Tara

There’s so much good stuff going on here…crunchy taco shell, creamy refried beans, zesty lime shrimp, smooth avocado, it’s like a party in your mouth. Speaking of which, so is saying Tostada. I mean, how fun is that word to say? Tos-TA-DA! It’s the fiesta of words, don’t you think?

ABOUT COURTNEY: Courtney is the author, recipe developer, photographer, and flour-dusted girl behind the blog Neighborfood. She stumbled upon a love of cooking after she got married in 2011 and has been making messes in the kitchen ever since. She loves gathering people around the table and sharing meals together, whether it’s on paper plates or fine china. Courtney lives with her husband and boxer pup in Columbus, OH where she enjoys exploring the city, singing along to Frank Sinatra, reading novels, and drinking copious amounts of Chai tea. 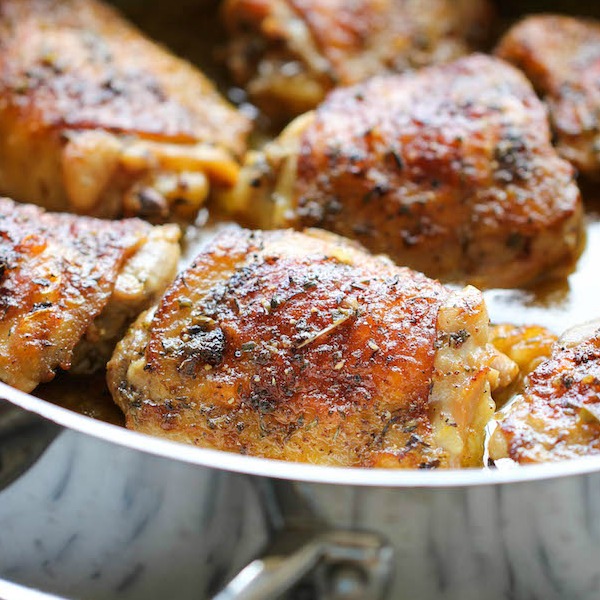 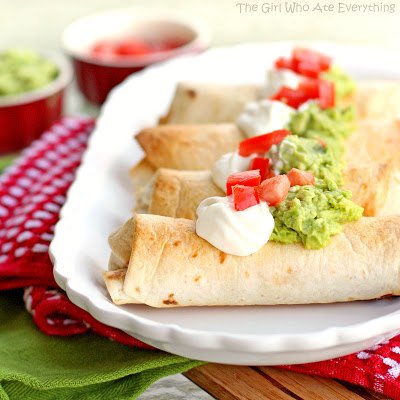 Baked Chicken Chimichangas by The Girl Who Ate Everything