So You Want to Give Someone the Elf on the Shelf 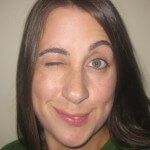 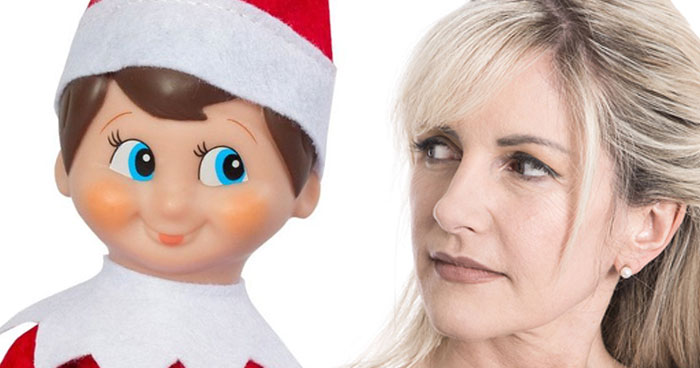 You want to buy someone an Elf on the Shelf (EOTS). Before you do, know that it’s not a gift so much as a make-work project. You should only give an EOTS to people you don’t particularly like, such as families that humblebrag on social media or your in-laws.

A family member, someone who claims to love us, got us our Elf on the Shelf (EOTS) more than five years ago. We wouldn’t have asked for him, the loveable little turd, because inviting into our home the opportunity to fail our children on the daily isn’t the emotional space we like to occupy.

Now, to be sure, we love our elf. We love him in the same way that we love our old friend from college who talked us into climbing to the roof of the student center and drunkenly mooning passersby. He was a lot of fun, that friend, but there’s a reason we didn’t invite him to our wedding.

But you’re thinking about getting someone an EOTS anyway. Why? Because your heart is in the right place and so is the elf merchandising. There you are in the store; chances are it’s Barnes and Noble, where they have every available inch of space that is not a coffee shop dedicated to the elf. They sell EOTS plushies and EOTS stocking hangers. They sell EOTS-sized clothes like leather jackets and aprons. Barnes and Noble has more EOTS crap than your Aunt Betty has Christmas village collectibles, and this is a woman who lives in her shed for the month of December because she “needed the bedroom for the ski lift and Swiss chalet.”

So you pick up the EOTS and think, “Wouldn’t my nieces, nephews, godchildren, grandchildren, or some cheeky orphans just love this?”

You’re right. They would.

But here’s what happens when you inflict the EOTS on another family.

Why a likely diabetic toy maker who claims clairvoyance needs elfin spies is anyone’s guess. But if your EOTS wants to fly to the North Pole every night to check in with Santa, he needs a name. Naming the elf flips his switch to the “on” position. So there they will be, your recipient family, grappling with the merits of the name Evergreen over Poopyhead. If this family has more than one child, choosing a name will result in three timeouts and someone threatening to “cancel Christmas, dammit! I mean it!”

Second, there’s no touching the elf.

If you touch the elf he loses his magic and now “CHRISTMAS IS RUINED, UNCLE BRIAN,” texts your sister from the emergency room because the preschooler tried to bite off the toddler’s finger for poking Jiminy.

For three of the 28 or so days between Thanksgiving and Christmas Eve, the family you give the EOTS to will giggle as they sneak the bastardized sock monkey from mantel to china cabinet to Christmas tree to, I don’t know, mantel again, I guess, but upside-down this time. That’s whimsical, right?

Soon they’ll run out of new places to toss the red rag doll in the 30 seconds between the time they hear their children get up to pee in the morning, reminding them that the elf is still on top of the curtain rod in the living room, and the time those children run down the stairs screeching, “Mooooooom! Have you seen the elf, yet?” So, instead of finding new places for the EOTS to land, they will find new poses for him to strike.

The posing becomes a kind of mania among EOTS owners. Some EOTS parents decide to get cute on their own. (“Bingle is on a date with Barbie! Why is she naked, mommy?”) But more likely, their kids learn that someone else’s elf had a hot cocoa party one night. It’s too late now to discourage the kids from having friends, so the family you gave the elf to has to manage their offsprings’ EOTS envy. The children will want Mipsy Doodle (better than the runner-up elf name, Fartsy Knucklebum) to make snow angels in flour or to recreate Kerri Strug’s broken-ankle landing at the 1996 Summer Olympics. Sad reality, Barnes and Noble doesn’t sell elfin gymnastics leotards.

And having to create home-made elfin gymnastics leotards is the number one reason you won’t be invited to spend New Year’s Eve with this family.

So, do you still want to give someone an EOTS? Are you willing to hang your relationship with this family on the slim chance that they will enjoy having to care for an inanimate object as if it were a visiting dignitary?

Fine, it’s possible they will laud you for getting them an elf. Some families relish the EOTS season. You might find that your little gift becomes the stuff that Christmas memories are made of, namely, anxiety and stress. Or maybe joy and laughter. Could go either way. The gamble is that there’s really no way of knowing if your sister-in-law will be grateful that you added something to her Christmas traditions or will start forgetting that you’re allergic to peppermint when she hands you a box of homemade goodies this year.

ABOUT NICOLE: Nicole Leigh Shaw began writing as a newspaper journalist in 1999, but has been moving through all the metamorphic stages of the modern writer, except “tortured novelist.” Soon she’ll emerge as a butterfly or a vlogger. Nicole writes for Cosmopolitan.com, ScaryMommy.com, and she has contributed to four anthologies, including the New York Times best-seller “I Just Want to Pee Alone.”