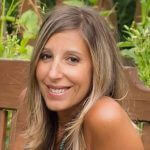 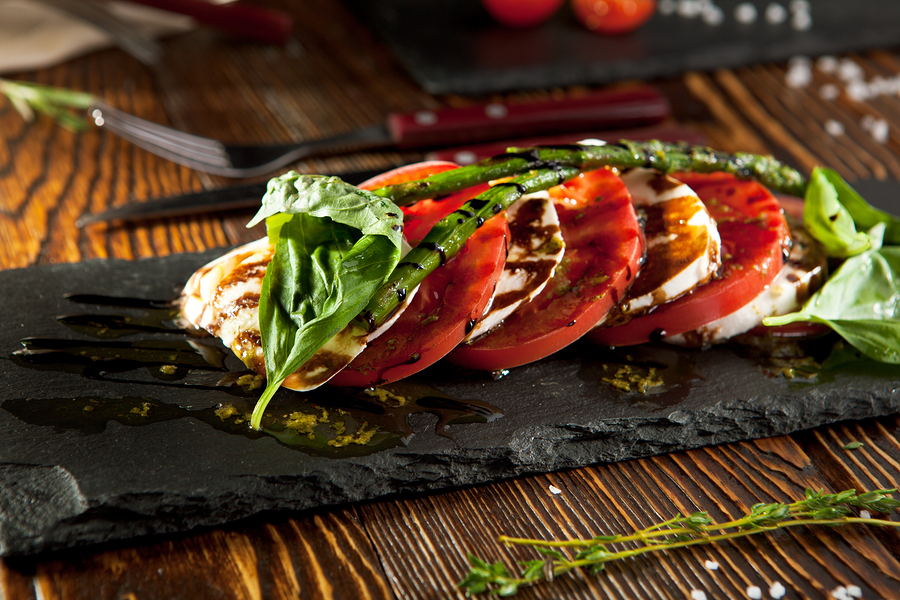 If I tried to explain the term “Farm-to-Table” to my family in Southern Italy, they would probably end up on the floor, laughing at the concept of this “new trend.” Why? Because “Farm-to-Table” is not something trendy or hip to them. It’s simply how they’ve survived for decades. They probably don’t use the phrase “locally sourced,” and I’m sure they don’t refer to their foods as “organic,” but when you sit at their table for a meal, you can bet your bottom dollar that every bite you take is as natural and fresh as it gets. After all, they grow or raise nearly everything they eat.

On one visit to my grandmother’s relatives in the mountain town of Tronca near Reggio Calabria, my cousin, Antonio took my brother and I and our families on a walking tour of his “gardens,” as he called them. We strolled from the broken cement steps of his humble home, past apricot trees that hung heavy with fruit outside his kitchen window. Lemon, prickly pear, and olive trees dotted either side of his property, lacing the air with pungent sweetness. Continuing along a gravel road where random chickens crossed without hurry, Antonio spoke in heavy dialect of his passion – farming.

We came to a fenced in area that housed rows upon rows of plants. Tomatoes of every variety, squash, peppers, beans, basil, all types of greens and lettuces. I could go on and on. Our mouths hung open, and our eyes bulged at the abundance of goodness at our feet. We walked up and down the rows, admonishing the children not to pick the pretty red tomatoes. At one point, my brother innocently asked Antonio a question.

“Do you sell this at the market?”

Antonio pushed a breath of laughter through his nose and shook his head.

“Sell it? No, no.” He wagged his finger at my brother’s face then gestured toward his plants. “This is how I feed my family.”

I suddenly remembered the overturned milk crates I’d marveled at earlier on Antonio’s rooftop and the ones lining the stairwells in his house. They were blanketed with dried tomatoes, dried herbs. The jars that stood in his cellar were filled with an assortment of vegetables – the vegetables he’d tended to with his own wrinkled hands. He and his wife had surely picked and jarred and stored. Why? Not to be trendy. No, no.

To feed their family.

Beyond the vast array of vegetables and herbs in his garden stood a rickety whitewashed building. The closer we moved toward it, the riper the waft of animal waste became. Our children began to moan over the stink, and the skin around Antonio’s black eyes wrinkled with amusement.

“Those are the pigs and the goats,” he told us. He went on to explain that he raises the animals to make sausage, salami, cheeses, and other things. As a sing-song braying and snorting lit the air, I thought of the delicious mortadella and tomato sandwich I’d eaten on my last visit to Tronca. I remembered thinking that the mortadella tasted different from what I was used to at home. Fresher. Brighter.

Because it was on the way back, Antonio led us past the rubble of rock that was once my grandmother’s childhood home. We climbed the craggy hill, me in non-functional high wedge sandals, my young children in flip-flops, and explored among the uneven ruins. Antonio explained that my grandmother had lived in the two or three room structure with no electricity or running water. She and her family had had to walk down to the stream once every few weeks or so to bathe. I didn’t ask how they’d kept warm though the mountain winters.

For all of the nights of my youth, when I’d lain beside my grandmother in her bed, listening to the stories of her childhood as I drifted off to sleep, she had never once told me anything about these hardships. She’d talked endlessly about her family’s farm – the goats, the pigs, the harvesting. She talked about celebrations and food. Always food.

Maybe she’d purposely chosen not to talk about the impoverished nature of her early life, but I don’t think that was it. I think that she was just sharing the essence of her spirit – hard work, family, and the joy of breaking bread together – these things were what mattered to her.

I loved her stories, and I loved her food. I’ll never forget picking green beans at her side in the garden. We’d wash them, snap the ends off, and she’d make a waxy green bean salad with olive oil and chopped garlic that was to die for.  Even though she’d told me hundreds of stories about her family’s farm in Italy, my adolescent mind couldn’t fathom how she’d managed to create a little slice of Eden in the heart of the city. Everything around her Pittsburgh row house was cement and gravel, but Nana’s backyard burst with the green of her garden. She even had a grape arbor that my brother and I loved to climb when we were kids. My grandfather made wine from the grapes, which was used as wine vinegar for years after his death in the nineteen-seventies. Farm-to-table, right? My grandmother was a forward-thinker.

Seeing Antonio’s “garden,” with its rows upon rows of vegetables, connected the dots for me. I understood that my grandmother must have arrived in Pittsburgh, a place she knew nothing of, and just done what came naturally to her.

She planted a garden.

Not to sell produce or to be hip.

With her overworked hands and strong arms, she dug up the plot of land that was barely a tenth of what she’d had to work with in Italy. She sifted and raked and prepared the ground. She sowed the seeds and tended to the plants. She created a lush slice of paradise within the urban boundaries of her new home. I bet the garden stirred happy memories for her, but that wasn’t why she cared for it.

She did it to feed her family.

Read more from our Kitchen

This post was syndicated with expressed permission from Dana Faletti.

Dana Faletti is the author of Beautiful Secret, a sweeping Italian romance of family secrets and forbidden love that is set to be released by Pandamoon Publishing in Summer of 2016. Dana blogs about whatever inspires her at www.danafaletti.blogspot.com, writes poetry as a survival skill and loves to connect with other writers both online and in person. When she’s not writing, Dana can be found reading on her kindle, cooking something delicious, or daydreaming about her upcoming travel destinations. She lives in in a suburb of Pittsburgh with her husband, three young daughters, and a snarky Shichon pup called Dolce.
Next Article