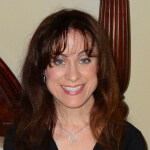 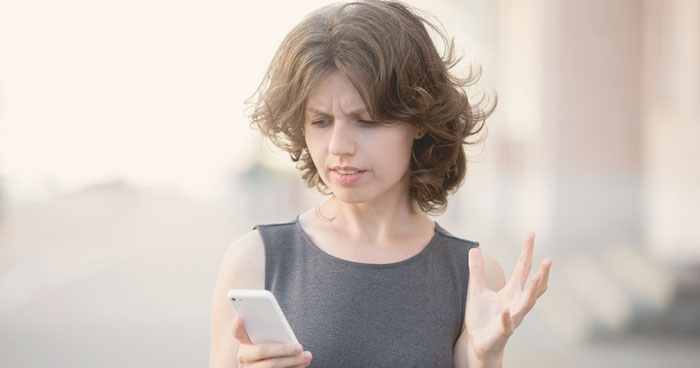 My son Zachary had a date last year, and she canceled on him twice at the last minute. The first time, he rescheduled without a problem. The second time? He suggested they move on.

Fast forward to the first week of school this year, and she revealed she’d been hurt, damn near devastated, by his change of heart.

Meanwhile, Zach was completely confused, and he came to me for some advice. I did my best.

“When she canceled last year,” I asked, “what exactly did she say?”

“I’ll show you the texts,” he said, grabbing his phone.

There you have it.

I looked at their conversation and pointed at one exchange.

“She’s joking around,” he explained.

“How can you tell? That particular text could be interpreted six different ways.” I acted out variations of what she wrote – sad, angry, dismissive, sarcastic, funny, and sincere.

I suggested to both my sons that perhaps email and texting shouldn’t be anyone’s primary form of communication. Now that I think of it, I didn’t suggest, and I didn’t say perhaps.

I made it clear that relationships are meant to happen in person, with little or no computer hardware involved.

This was a lesson I learned the hard way.

You’d think a syndicated columnist would have no problem communicating with the written word, no matter the parameters. But you’d be wrong. It’s become quite clear, in my case anyway, the opposite is true.

I do very well in person and long-form essays, but when communicating via text, email, IM, tweets, or Facebook messages, I apparently weigh in at the “truly terrible” end of the spectrum. How bad can it be, you ask? When I attempt serious discussions, make jokes, quote movies, or ask existential questions regarding religion, politics, and the experiences that shape us – in an electronic environment – well, saying a lot gets lost in translation is like saying Ike Turner had anger issues.

Therapists, sociologists, and communication experts publish dozens of studies every year about the dangers and limitations of replacing personal interactions, which rely on centuries of ingrained non-verbal communication and social cues, with online exchanges.

We say so much with our eyes, hands, eyebrows, body language, and tone of voice. None of that is seen or heard when we type into our phone or computer. It’s easy to assume, especially if we’re in long-term relationships, that the other person knows us and understands what we mean. Nothing could be further from the truth. Someone is having a bad day and suddenly your Parenthood quote isn’t funny, it’s rude.

Or someone is exhausted and has no idea your meme describes a recipe that just tanked, rather than his performance in the bedroom.

No idea at all.

Relationships can be ruined as a result.

It took way too long, but I finally picked up what the universe was laying down. I deleted personal email accounts and turned off texting. Social media networks – gone. I sat back and took a deep breath. It felt weird going cold turkey like that, eliminating almost every way in which people reach out to other people. But here we are a few months later, and off the grid is my new normal.

People stop by my house now. I stop by theirs. We write letters. We catch up in person.

I do lunch and happy hour and dinner and coffee.

I talk on the phone.

Sometimes I feel like the only person in the world under 80 who’s not on Facebook or Twitter. I know how to use a computer and smartphone yet refuse to type messages into either.

I haven’t turned into an old grump, someone who eschews modern conveniences or gripes about how things were better in the good old days.

Most modern conveniences make life better, like on-demand cable and pumpkin pie vodka. But taking what I truly cherish most about our collective human experience – connecting in meaningful ways with people I care about or love with all my heart – and dumbing those interactions down to a few alpha-numeric characters and emoticons leads to heartache and despair.

I no longer abide.

If I can’t look into someone’s eyes or hear them tell me about their kids or work, I’d rather wait until I can. The enjoyment level goes up and the chances of a misplaced exclamation point ruining someone’s day goes down.

Last week, my tri coach stopped by the house and we had an in-depth discussion about speed, cadence, and his appreciation for all things Garmin and Donald Trump. I can tell you with 100 percent certainty – that particular conversation went much better in person. Brad could see the twinkle in my eyes. I could hear his playful reasoning. We ended the conversation with laughs instead of silence or hurt feelings.

I’m hoping my kids don’t wait until they’re 45 to learn this lesson.