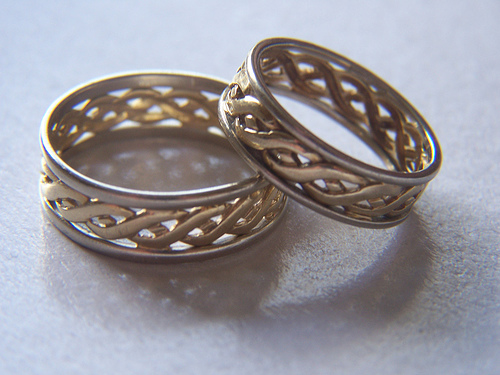 A couple of months ago, on Valentine’s Day, Hubby and I snuggled up to watch the HBO documentary, “The Loving Story.” What struck me as I watched the film, which is about the 1967 Supreme Court case that resulted in anti-miscegenation laws being ruled unconstitutional, were the arguments used to justify bans on interracial marriage:

“It’s unnatural.”
“The Bible says it’s wrong.”
“If God wanted black and white people to marry, He wouldn’t have put them on different continents.”
“I don’t have anything against black people, but I don’t think they should be allowed to marry whites.”
Oh, and of course:
“Think about the poor children.”

My strongest reaction to “The Loving Story” wasn’t at the glimpse of what life would have been like if I had met my husband 50 years ago instead of today, although that was definitely disconcerting. What really got me riled up was realizing that the arguments that were made against interracial marriage 50+ years ago are freakishly similar to the reasons given by opponents of gay marriage today.

It is the same game, only the focus has shifted. How can we have come so far, but still be stuck in the same damn place?

ABOUT ELLIE: Ellie is a psychologist-turned-momma who blogs at Musing Momma, where she reflects on motherhood and shares her thoughts on parenting, raising children in a multiracial family, and creating community. She believes in living with compassion and kindness, the power of appreciation and optimism, laughing a lot, and trying her best not to judge others. She lives in the Northeast with her exceptionally patient husband and their two adorable but very mischievous boys (ages 3 & 6).