When Did I Become My Low-Tech Mom? by Mom’s New Stage 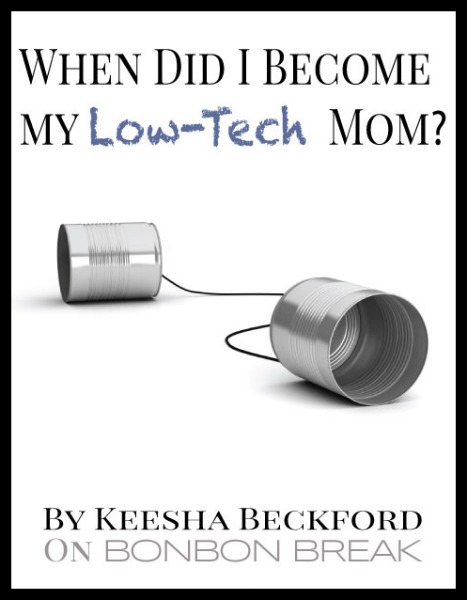 Thanks to Velcro, today’s preschooler might not tie her shoes until middle school, but she can work an iPhone or iPad like a boss.

We Gen-Xers didn’t have the opportunity to lord our technological savvy over our parents until we were way older.

Maybe it was our mad Atari skills, or for those of us who gamed on something a little more practical, our fierceness on a Commodore 64.

Or maybe — as it was for me — it was working the VCR. Once I discovered that a VCR was programmable, I was unstoppable.

Was I at dance class when another installment of Patrick Swayze as sexy Confederate (words I never thought I’d ever say) Orry Main in North and South was on?

Did I want to watch another show and still record The Golden Girls?

Would I be hanging out with friends when a sanitized-to-the-point-of-sterility TV version of Grease was on?

I studied that VCR manual like an SAT prep book and made sure I missed nothing again.

I was a wizard, especially in comparison to my mother, whose dance with the VCR went something like this:

For her, it seemed setting the VCR on a timer fell somewhere between being solely responsible for a mission to Mars and performing open heart surgery.

Like many teen girls, in addition to not thinking my mother was the sharpest knife in the drawer, I wanted to be home as little as possible.  Mom and I were a steaming cauldron of intergenerational female rage.  My mother was going through menopause just as I reached the height of my mission to be, at least in our home, Teenage SuperBitch, and it wasn’t pretty.

One night some friends and I were hanging out at Lisa Mendoza’s house, and during our dinner of “Let’s-eat-the-Mendozas-out-of-house-and-home,” my mother called. Mrs. Mendoza handed me the phone, “It’s your mother, and she’s pretty upset,” she warned me.

“Hel-lo?” I answered, ready to be torn into and rolling my eyes so hard I burned actual calories.

“Ugh. I wanted to watch Miami Vice? Turn off what I programmed, okay?”

“I tried and it won’t work at all.  I was looking forward to watching my movieeeeeeee!”

I pictured the VCR spewing smoke and chasing her down the hall.  How sad that someone could birth and raise a human being but couldn’t operate a simple piece of machinery without having an aneurysm.

“Sorry,” I chimed, fully aware of Mom’s anguish, but unwilling to show the slightest bit of compassion.

That was my first experience understanding that the older someone is, the more likely they are to FTFO over technology.  That kind of thing has been a running joke with my peers for almost 20 years. We’d laugh until the tears fell over the Universal Truth that the smartest, most formidable parent could be reduced to tears if God forbid they had to do more than the tech equivalent of boiling water.

That was then and this is now.  (Remember that book?)

About a month ago, a student of mine tried to show me a little trick. “You know, you can keep your iPod from going back to the home screen and locking by doing this,” he said, taking my iPod and pressing a few buttons.

What the hell?  I felt like he was speaking Mandarin. “One more time?” I asked.

He pressed the buttons a third time, made a face like he couldn’t believe that he was talking to such a moron, set my iPod down, and walked away.

I still have no idea what he did.

My kids will be laughing at me any day now.

ABOUT KEESHA: Before her two children re-choreographed her life, Keesha was a professional dancer who performed in the U.S. and in Europe. Today she teaches modern and jazz dance in the Chicago area. She is also the human cyclone behind the blog Mom’s New Stage. A multitasker at heart, she shows fierce skills at simultaneously writing, choreographing, checking Facebook and Pinterest updates, playing the role of a mother named Joan “Kumbaya” Crawford, and overcooking food. Keesha is one of the select contributing authors of In The Powder Room’s first anthology, You Have Lipstick on Your Teeth. Her writing has been featured on Mamapedia, The Huffington Post, and in the bestselling anthology I Just Want to Pee Alone. A self-proclaimed pack-rat, Keesha is thrilled to be the new editor of BonBon Break’s The Attic, where she stores not only her memories, but also those of other über-talented writers.

This post was written by Keesha Beckford exclusively for Bonbon Break Media, LLC 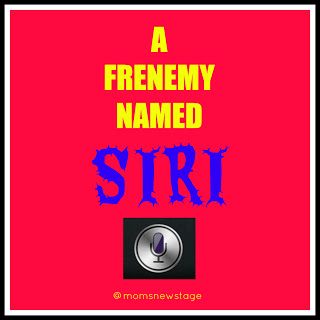