What Beats A Pint and Brussel Sprouts? 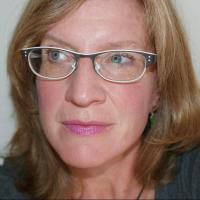 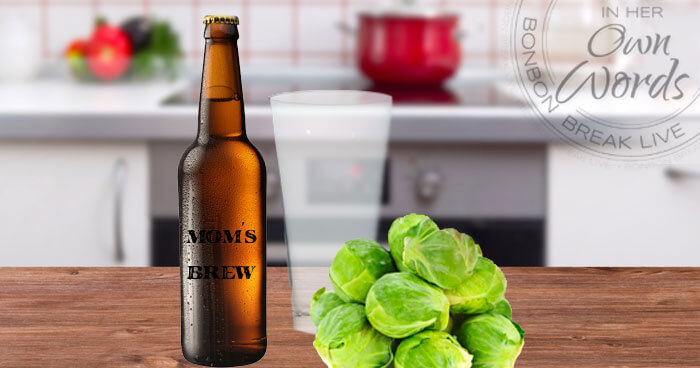 Sighing with relief, I grabbed a beer from the fridge, set a pint glass on the counter, and reached for the bottle opener.

It had been a long day.

With my husband out of town, a stack of student essays to grade, chauffeuring to do for an after-school club, a plugged toilet to plunge, and a frozen pot of chili on the front porch needing a thaw, I’d been hustling. No sooner had I plunged and thawed, then my daughter called to say she was back in town after playing in the pep band for her high school’s hockey team. The band bus had driven three hours each way to and from the tournament, stopping for dinner on the way back, so she’d had a long day, too.

Telling her “I’m on my way,” I stepped into my boots, threading an arm into my puffy jacket. Because the high school is three blocks away, but we prefer she not walk home alone after dark along the unlit path, I headed out to retrieve my girl.

Trotting along the asphalt towards the high school, I considered the amazing day my daughter had experienced. Her high school’s underdog hockey team had played a legendary game that afternoon, coming from behind and defeating top-seated opponents in overtime. It had been my daughter’s first hockey game, and it had been epic.

When I spotted her at the high school, I was nonchalant. After all, she’s a teenager. I restrained myself for the first two minutes of our walk home, asking if she’d had dinner—“Subway”— if she had any homework—“No”—before bursting out: “What a huge day for you! It sounds incredible, with all that energy in the big arena, and your school triumphing!”

A step ahead of me, she kept walking. “Yea.”

Ah, so it’s like that. Fortunately, I’m fluent in Teen at the End of a Long Day. I, too, can speak in monosyllables. “Great,” I said.

Crossing the sidewalk to our house, the snow squeaking under our feet, we were silent.

Back in the house, I took stock. Both kids were fed and accounted for. My husband would be home soon from his long day. If I could chop the Brussels sprouts and pre-heat the oven, there would be a ten-minute lull where I could sip, sit, and stare.

Sighing with relief, I grabbed a beer from the fridge, set a pint glass on the counter, and reached for the bottle opener.

Listen to Jocelyn read this on Stitcher, LIBSYN or iTunes

As I poured, decided to make quick work of the sprouts, and eyeballed the rocking chair, my daughter wandered into the kitchen. A true teenager, she was ready to talk just as I ready to retreat.

Perkily, she began, “It so much fun to spend the day with my friends in band, and we had the best seats! I could see everything; it was so exciting I had goosebumps.”

I set down the bottle of beer. The half-empty glass could wait. For a second, I considered chopping the Brussels sprouts as she shared the highlights. No. That would entail me turning my back to face the chopping board. My fourteen-year-old was talking—to me, on purpose, with energy. This deserved full-on eye contact.

“When they went into overtime, I had to fake playing my clarinet because I couldn’t even breathe. It was awesome!” she exclaimed.

Knowing this outpouring could stop at any minute, I milked her for more, “So, on a scale of one to ten, how would you rank this day, in terms of sheer fun?”

“This was absolutely a ten-out-of-ten day! It was the best,” she raved.

She continued, making plans to attend the semi-finals, and I released thoughts of the sprouts, the rocking chair, the quiet my head craved. Instead, looking at my teenager’s eyes, I saw they were bright with joy. Listening to her words, I heard her happiness. This—this—was how to end a long day.

My eyes drifted to the partially filled pint glass, and I grinned. How could I have thought the thing was half empty—when it so obviously was half full and rising?

This post was written by Jocelyn Pihlaja exclusively for BonBon Break Media, LLC.

A Love Letter to My Mother

Becoming the Life Raft You Once Needed

Jocelyn has been teaching writing at the college level since 1991. She has a husband who cooks dinner every night, kids who hold up hands requesting “silence” when their reading is interrupted, and a blog, O Mighty Crisis. Her writing has appeared on Mamalode, BLUNTmoms, The Indie Chicks, The Good Men Project, Mamapedia, In the Powder Room, and elephant journal. She also is a regular contributor to a local public radio program, Women's Words, where she delights in wearing huge headphones--and not just because they remind her she actually remembered to wear earrings that day.
Next Article