The Oscars After Party with Frugalista Blog 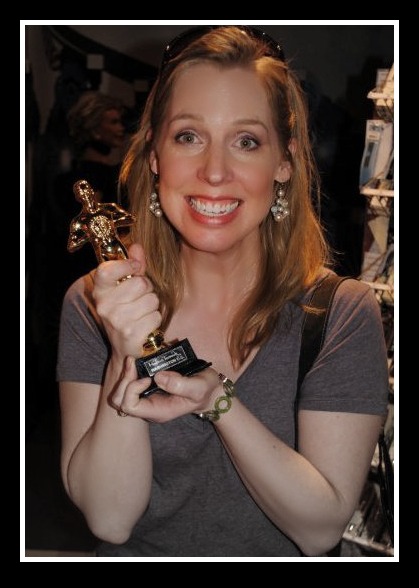 I’d like to thank the Academy. Words I haven’t had a chance to say in a room full of the Hollywood Elite while wearing a Vera Wang gown and holding a gold Oscar statue.

There is a slight chance I’ve said them while wearing a TJ Maxx clearance dress and holding a bottle of Windex in my bathroom. As a recovering aspiring actress, I wanted that Oscar…and I wanted it BAD.

No, I don’t walk the Red Carpet, I watch the award show broadcast every year from the comfort of my couch while I wear my favorite drawstring pants, eat Chinese takeout and drink gin and tonics, because how else do you do it?

And I always cry. Because I love movies. I love the story telling of movies. I love the transformations of the actors. And I love what they bring to the screen and how they transport us to another place. Or, as the case of some performances, transport us somewhere deep inside our soul. Can we say Sandra Bullock in Gravity? Who knew it was going to give us hope for going on when all is lost. At least I wasn’t expecting that.

Why do we cry every time we hear a rendition of Somewhere Over the Rainbow? Or soak a tissue every time we see a montage of old movie clips? Because for me, anyway, it brings me back to my 15 year old self watching Cher receive her Oscar for Moonstruck, or Tom Hanks when he accepted for Philadelphia. I cry for the arts. What can I say? I’m a sentimental sap, for sure.

This year’s awards could be dubbed the Year of the Mom thanks to Jared Leto and  Matthew McConaughey for their acceptance speeches.  When Jared described a single teenage mom making the best of things, he was talking about his mother who he brought as his date. And Matthew brought his mama, too and thanked her for raising him and his brothers to respect themselves. Angelina Jolie paid tribute to her late mother and her love of the arts for her acceptance of the Jean Hersholt Award at the Governor’s Awards.

And yes, we can talk about the injustice of award shows. The excess. The why bother aspect of it all. The self-absorbed celebrity culture of Tinsel Town in this country.

I bother because I like things to celebrate. If we didn’t like movies, we wouldn’t go to them. What do we do in times of stress, sorrow or despair? We go to a movie. We escape the mundane. At least I do. So when a bunch of my favorite actors and actresses gather in one room all glitzed up, I watch.

It’s one of the reasons I blog. I like to tell a story. And thankfully, there’s a few people out there who like reading my stories.

Okay, back to the awards. Gravity took just about every technical award from Visual Effects to Sound Editing. The darling of the night was Lupita Nyong’o for her portrayal of a slave in 12 Years a Slave. Her first movie, her first nomination, and probably the first of several Oscars of her career. She charmed everyone and even handed host Ellen DeGeneres her lip balm during a funny quip over a pizza delivery joke!

Did I notice that Whoopi Goldberg seemed to be wearing the same white shirt/black dress ensemble that Julia Roberts did at the Golden Globes? Or that Bette Middler and Jennifer Lawrence have very similar haircuts? Or that I forgot Judy Garland had a son because I only remember Lorna Luft and Liza Minnelli?

The well-developed sternums of flat-chested actresses stole the show. Necklines plummeted to navels and it made my 10 year old son uncomfortable to see so much absent cleavage.

Men like Kevin Spacey and Jason Sudeikis pulled off blue tuxedos. Not powder blue circa 1977, but dark navy. Hey, if a tux isn’t black, it might as well be dark blue!

Then there was the selfie seen around the world. Like literally, around the world. Over 1 million retweets of a pic Ellen snapped of herself in the audience with some fancy friends like Meryl Streep and Brad Pitt.

Which brings me to my adoration of Ellen as host. Things that you know she thought of on the fly- like the selfie, collecting tips for the pizza guy in Pharrell’s hat, or the planned bits like coming out in a Glinda costume; are just some of the many reasons you have to love her.

No awkward dance numbers. No canned songs with the movie titles in them. Just a bunch of jokes and making the show fun. FUN I say!

So next year, if I’m not actually at the Dolby Theater in Hollywood because I always hold out hope each year; I will again, be sitting on my couch eating Chinese food and watching in the comfort of my home. Laughing, crying, dreaming, looking forward to more stories to see and hear.

ABOUT REBECCA: Rebecca Gallagher is a SAHM to a teenager and a tweenager. A recovering aspiring actress, she laughs at herself on a daily basis. As Editor of The Bedroom, Rebecca delights our readers, just as she delights her own readers at Frugalista Blog. Rebecca has contributed to two Amazon bestsellers as well as being featured on Scary Mommy, In the Powder Room and was a one-time parent blog of the week on Huff Post. When she’s not writing, she enjoys donuts too often, and exercise too infrequently. She has an addiction to makeup and beauty products and an obsession with Daniel Craig. 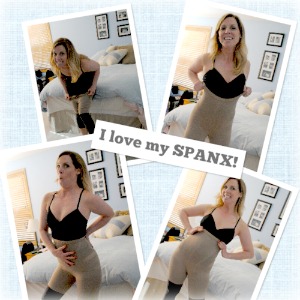 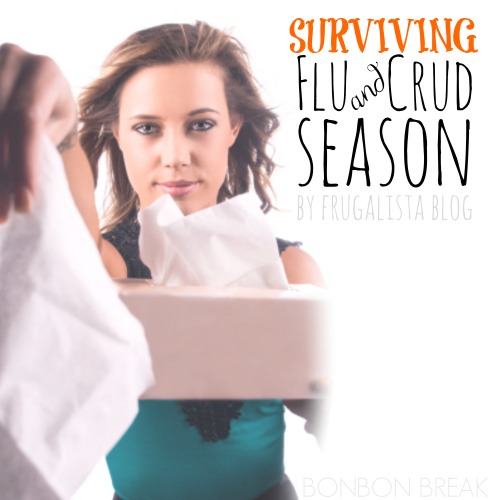