Is It Really About the Sweatpants, Eva Mendes? 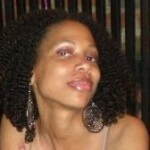 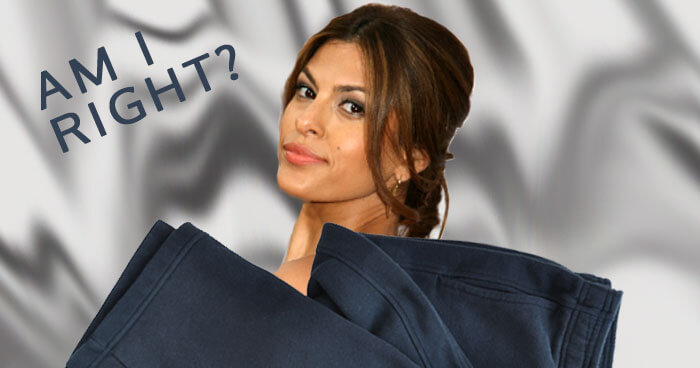 Did you know you have the right to wear whatever is comfortable to you, within reason, of course? I mean, you can’t go to the grocery store naked, no matter how relaxing you find it.

You also have the right to not give a damn about what someone, who has no impact whatsoever on your life, has to say about what you wear.

Have you watched the video of what Mendes said? Did you really think she was serious? She was joking, smiling, in a good mood. I find it most telling that the women upset about the sweatpants comment chose to jump on that rather than her later comment: “You’re helped in those situations. I want women at home to know you’re lit, you’re angled, so yes, it was a few months after the baby, but with a lot of help.” Where are the think pieces on how that was very real? Ah, but it’s easier to be upset than to nod.

If you want to dissect things, let’s start with these headlines:

“Sweatpants Lead to Divorce: So Don’t Make Yourself Comfortable.” She never said this. It wasn’t even implied.

“Don’t Listen to Eva Mendes – Wear Sweatpants.” She was joking.

“Eva Mendes Has a No Sweatpants Policy.” She was joking.

“Eva Mendes Is Anti-Sweatpants.” She was joking.

Or, this one: ‘Eva Mendes’ First Interview About New Baby, Plus Her Secret Rule to Keeping Ryan Gosling Happy at Home.’ The onus is on our media outlets to frame things properly. ExtraTV opted to pull out the bit about the sweatpants and present it as though she said you’ll never have a man while rocking Mossimo lycra. It was their decision to not make the headline about the purpose of the interview: the new makeup line, the new clothing line, the cover of Women’s Health. Those things were casually forgotten about, not mentioned, because what’s more important was to give the impression a woman is telling other women what not to do.

I’m pretty sure Eva Mendes doesn’t care whether you wear sweatpants or not. I’m pretty sure Eva Mendes knows that in your house, it’s your rules, and if sweatpants or yoga pants are comfortable or what you WANT to wear, so be it. Here’s an example: my robe is an action repellant for my husband. I wear it anyway. If he divorces me over the robe or your boyfriend leaves you over something equally as seemingly undealbreakerish, there was more going on than robes and sweatpants hate anyway. What’s most important to mention, though, is that she wasn’t delivering a stance on sweatpants or telling women what not to do. We got a few lines, parsed from a larger, full interview, and regardless of intent, we dissect, discuss, judge. We got a joke.

Since when did offhand comments about inconsequential pieces of clothing become newsworthy?

Women disparaging other women sucks, especially when famous women who have the perks of an A-list life choose to give patronizing advice to the rest of us. But again, that isn’t what I got from Eva’s comments. She talked about how SHE is more comfortable in skirts and dresses. Her favorite product from her new CIRCA makeup line is called Magic Hour Concealer. Yet you want to believe she was serious about not wearing sweatpants?

And do we really want to malign Eva’s use of the word “divorce” when she and Gosling aren’t even married? Lady, you’re really reaching with this one. Being upset about her comment is one thing, but turning that comment into a reason to ridicule her relationship (because you thought that’s what she did to your beloved pants, right?) isn’t cool.

At least Eva has a sense of humor, shown both with the comment and this Instagram response.

Maybe we should all try that and stop trying to force snippets of conversations into news.

This post was written by Arnebya Herndon exclusively for BonBon Break Media, LLC.

I Can’t Help You by What Now and Why?

Arnebya is a writer, blogger, and speaker. In 2006 she was a recipient of the DC Commission on the Arts and Humanities Larry Neal Writers’ Award (Adult Fiction) and in 2012 and 2013 was named a BlogHer Voice of the Year (Op-Ed). Her work is featured in The Washington City Paper’s 2013 fiction issue and she is a featured a guest writer on multiple parenting and lifestyle blogs. Her blog tagline reads, “I write to keep from killing.”
Next Article