My Sexist Baby & I 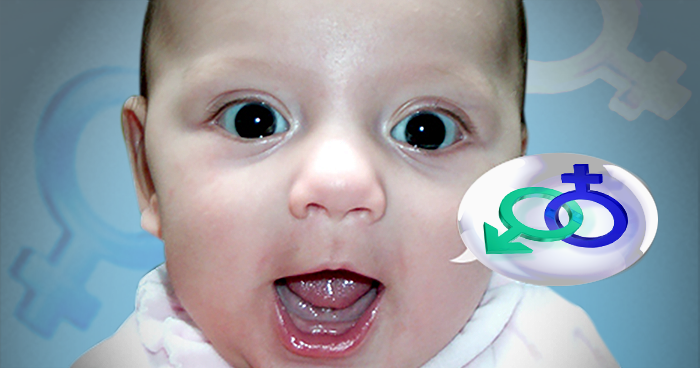 The American Academy of Pediatrics recently released their findings from a new study on gender differences in Adult-Infant Communication.

Yes, we all understand the importance of communication. Especially in regards to our children. And it came as little surprise that female caregivers had more language interaction with their infant(s), compared to male caregivers. But what I’ve been oblivious to all these years had shocked me!

Apparently, during my girls’ early stage of life, I was constantly being judged and stereotyped from under my own roof. And get this…simply because I am a man!  Well, perhaps that’s not verbatim from the AAP study, though Johnson, Caskey, Rand, Tucker and Vohr did state that “infants show a preferential vocal response to their mothers.”

With somewhat of a dark cloud hovering over my weighty man head, I began to weigh my options yesterday as I sat for lunch. Adjacent to my table was a Dad and his daughter. Their exchange went exactly like this:
“…………………………………………….”

I swear to Johnson, Caskey, Rand, Tucker and Vohr that this was their entire 35-minute exchange!

While I don’t know what preceded their tranquil time together, I do know that there was not a single word muttered between the two throughout their entire meal. My concern is that I see such non-communicative paternal relationships far too often and given these new findings . . . Well, gentlemen, allow me to borrow from the 1982 classic single (from the band of the same name) Talk, Talk. You need to talk. Undoubtedly to your sons and daughters!

Especially with this new found knowledge that our children might be impartial when deciding which gender they prefer to listen to, it’s time to roll up those sleeves yet again!

Learn from it and evolve.

You have a monumental impact on your child’s well-being, so speak up! They need to hear from you!

children that no other person is as likely to bring.”

This post was written by Greg Santomero exclusively for BonBon Break Media, LLC.