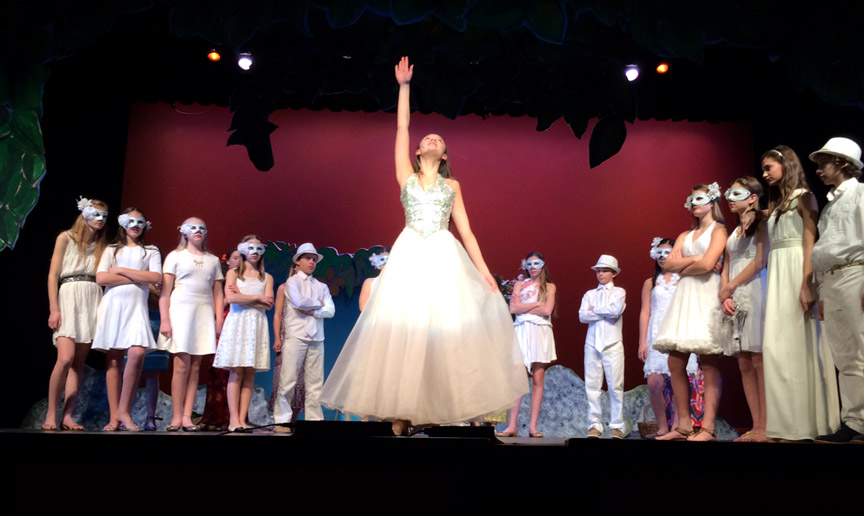 “I would die for him!” I clearly heard my thirteen year old daughter say.

“I’m sorry…what?” I heard myself say in return.

“But I would do anything for him”,  she declared as she stroked his face. This from a girl who was raised in a manner that my folks would most likely call a feminist upbringing.

Can you tell that it was honestly very hard for me, her Dad, to bear witness to it all? I had to at least jump in to..to..to do something!

And then, she leaned in for this kiss…

“Who is this little $H!T and how in God’s name did it come to this?!”, I found myself gently asking.

The hard part is that I only had myself and my wife to blame.

I swear that I saw my oldest emerge from the womb singing and dancing when she was born thirteen years ago. The constant performer, she yearned for an audience. Like most gregarious girls, she loved memorizing lyrics that came across her ears but she’d give them her own, personal spin and after the final polish, it was SHOWTIME and she was in her element…her happy place.

I like to believe that Angela and I fed our young thespian what she craved. Placed her in creative environments because that’s where she was most happy. Who knew this would cause others (i.e. me, for starters) such discomfort?

Fast forward almost a decade and a half. I was watching her on stage as Ti Moune, from “Once On This Island“, telling and showing us all how HIS life is more valuable than HERS.

I practically saw the love, that was given to me for thirteen years, handed over to this sweet and tender hooligan! I know ours was not a romantic love, but the replacement was just so blatant. So sudden. So…

I know. I know. Just a play. Mere theater. But if art imitates life, I’m in for a bumpy ride.

Have you had an opportunity to flash forward into the future of your child? Did it cause you to change some of your behavior?  I’d love to hear all about it.