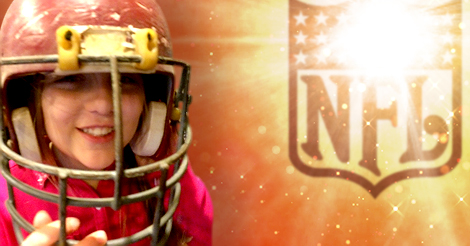 Once again, domestic violence is back on page 1.

During my final year of high school, I was on several universities’ recruiting lists in the hopes that I’d play collegiate football for them. Eventful visiting weekends were set up by my recruiter where talk of their curriculum was unabashedly exchanged for talk of packed stadiums within an environment that was as close to Frankie’s Pleasuredome than this nineteen year old, suburban boy had ever seen. One of my QB friends was picked up at the airport for his recruiting weekend via a leggy, blonde woman behind the wheel of a Ferrari Testarossa. These experiences happen at such a young, impressionable age and I can’t begin to imagine what happens within the psyche of a professional athlete!

If not properly guided, many are spoon fed an unrealistic and unhealthy perception of where they rank in the world. I mention this not to give an excuse to those that decide to knock their partners out with a deliberate punch to the face (be it Ray Rice or the thousands of others that are not caught on camera), but to get the point across that the foundation has been set for many men out there. Or more clearly, here’s the situation…what now?

What should be done about domestic violence?

Those that have a voice MUST USE IT!

While one can argue about the timeliness or the vernacular used by the National Football League, Ray Rice’s ban from the NFL couldn’t have been a better decision. It’s all about setting an example for people to understand what behavior is acceptable and what is not. I cannot understand why professional leagues, owners, etc. do not have a Zero Tolerance Policy in this regard! We as consumers would respect their brand so much more if they uphold a policy which firmly stands behind victims of domestic violence.

Most victims choose to stay in the situation for a variety of reasons, which is probably why the numbers are so staggering. The Centers for Disease Control & Prevention states that

If you see it, DO SOMETHING

It’s unnerving when you encounter any sort of violence taking place but if you are not able to safely assist the victim you should attempt to:

• call out for HELP

For those experiencing Domestic Violence

While I have the utmost compassion for Ray Rice’s wife, her statement that the NFL’s decision was “just to gain ratings” saddens me, as it entirely eliminates herself (as the victim) from the situation.

To anyone that falls victim to abuse: GET OUT, however you can to get YOURSELF better. Do not wait for the  SITUATION to get better. Because honestly, it rarely does. Get help NOW.

HelpGuide.org or the National Coalition Against Domestic Violence has some incredibly helpful information for those that need assistance

For those who do not understand why people stay in abusive situations, please read Kristin Shaw’s (Two Cannoli) post “Why Does She Stay?”.

Should you have any other sources for info on domestic violence please list them below. Hopefully such information will make it’s way to those that need it.