Why Does She Stay? 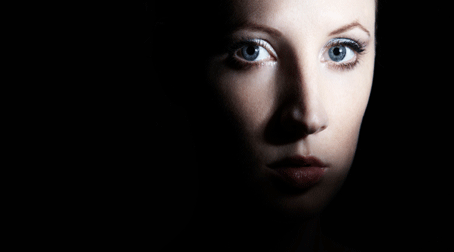 
<SYNDICATED> She was drinking margaritas with her girlfriends at her going-away party the night before she was scheduled to move to a new city.  Her boyfriend of several years wanted to leave and go to another party; she didn’t want to go.

He insisted they leave anyway, and in the car going down the street, he lit a cigarette.  Angry that he would do this in the car with her in it, she grabbed it from his hand and threw it out the window.  He threw the car into park, and his fist connected with the left side of her jaw with lightning speed.

In slow motion, she heard rather than felt her neck crack as her skull hit the window.

He grabbed her hair and pinched her arm roughly.  He reached over and squeezed her throat, choking her.  She managed to croak out, “You loved me once!” and he let go, disgust on his face.  She got out of the car in the middle of the street, crying and overwhelmingly ashamed, and walked a mile back to her friend’s house as he peeled away in his black SUV.  The following morning, she asked him to give her another chance, and he told her to forget that night ever happened.  She agreed; relieved that she still had him.  He agreed to join her in a couple of months in the new city.

She drove eight hours with a slightly stiff neck, but the next day, her muscles fully tightened and she could barely move.  Driving herself carefully to an urgent care facility, she checked in and found herself face to face with a young doctor.

“How did you sustain the injury?” he asked her.  She thought fast.

“Uh – I was at a SuperBowl party and playing on the floor with some kids, and one of them jumped on my neck.”

He glanced again at the fading finger marks around her throat, and the green and black bruises on her arm.  He was silent for a moment, and then wrote her a prescription for a painkiller and muscle relaxers.  “You have a severe sprain,” he told me.  “You’re lucky you didn’t break it.”
IT STARTS HERE

Years before, the first time he called her a worthless piece of s&%* in an alcohol-infused rage along with a string of other expletives in rapid succession; she felt like she had been punched.  I’m not worthless.  Wait.  Am I?  she started to question her worth under the surface of her outward confidence.   The struggle of should-I-leave-or-should-I-go waged a war in her head all night long, until he woke the next morning, sober once again.  He rushed to apologize, holding her in his arms while she cried, the cycle beginning.

The first time he kicked her, she was walking down the stairs to their apartment, and she was astonished not by the fact that he kicked her, but that he told her it was all her fault.  She “pushed his buttons” and made him do it.  She started taking all the blame for his rages, walking on eggshells every time she was around him.  She looked forward to business trips, because she could breathe normally again, as if a boa constrictor had just released her from its grip.

Over the course of several years, she had learned to see herself in his eyes at his worst moments:  unattractive, unlovable, and she believed him when he told her that he was the best she would ever find.  That no one else would love her.  Keeping him in her life became her everything – and giving up her confidence and respect in herself was a choice she didn’t make consciously.  She had to keep him at all costs.

WHY DOES SHE STAY WITH HIM?

How do educated women fall in love with abusers?  It appears to be such a mystery when you discover that a beautiful, intelligent woman has lived with or married an abusive man.  Part of the answer may be that it happens very gradually.  It begins with a sarcastic putdown, and is followed up quickly by an apology.  It may escalate to a kick or a slap, with more apologies and promises that it will never happen again.  By the time she realizes that she is in a bad relationship, she has invested so much of herself and her self-esteem has been chipped away so drastically, she cannot get out easily.

You may know someone who has been abused, and you can’t understand why she doesn’t leave.  She’s afraid no one else will love her.  She has kids and doesn’t know how to provide for them on her own.  He may have threatened to kill her.  She may be so ashamed that no one knows the extent of the abuse, and she suffers in silence.  He may be someone powerful or well-liked in the community, and she is afraid no one would believe her.

Teach your children about healthy relationships, and you owe it to them to get help if you are in a destructive relationship yourself.  Learn the signs of abuse.

The woman in this story was me, 15 years ago.  I was lucky; he left me.  In fact, I married him after the car incident, and while he never hit me again, he continued the verbal abuse as I saw chiropractors, massage therapists, and orthopedists to try to ease the pain in my neck and back for several years.  Six months after he left, he came back to my door, asking for me to give him another chance. I had started dating Will at that point; I had rediscovered what it was like to be cherished, and I didn’t want to give it up.

It was many years before I told some of my closest friends, and when I finally told my mom, just a couple of years ago, she cried.  Now that I have the love of my life and a beautiful son, and my life is incredibly fulfilling and happy, with a man whom I trust completely, I think it’s important to share this story to show you that someone can come through this and survive… and thrive.  Maybe it will help someone you know.  Maybe it will help you.

Don’t settle for less that you deserve.  Pay attention to the red flags.  And don’t let your children make these mistakes by helping them learn more about domestic abuse.  It’s hard to stop the cycle.  If you know someone who needs help, including yourself, get out.  Tell a friend.  Get your life back.  YOU DESERVE LOVE.

Much love to you, my friends.

If you see it, DO SOMETHING

It’s unnerving when you encounter any sort of violence taking place but if you are not able to safely assist the victim you should attempt to:

• call out for HELP

For those experiencing Domestic Violence

HelpGuide.org or the National Coalition Against Domestic Violence has  information for those that need assistance.

Read more from Kristin on her site, Two Cannoli:

ABOUT KRISTIN: Kristin Shaw is a writer, wife, and mother of a preschooler. She grew up in the RV capital of the world — Elkhart, Indiana — and is a graduate of the University of Cincinnati. She enjoyed several years in Atlanta before the mother ship called her Texan husband home to Austin. Her favorite things are family, classic cars, sports, Italy and dessert; not necessarily in that order. You can reach her via Twitter @AustinKVS or her blog Two Cannoli, where she writes about relationships, motherhood and love.

This post was syndicated with permission by Kristin Shaw of Two Cannoli.

It was first run on Two Cannoli here.