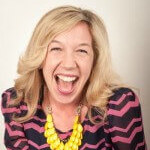 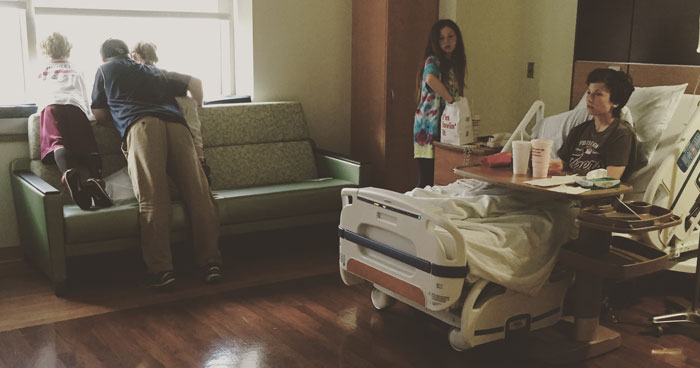 Facebook isn’t as bad as some of us think. It kind of saved me a couple weeks ago and reminded me that there are good people out there and that I’m not, we’re not, alone.

I know there are people that say that Facebook is so fake and it’s full of nothing good, but I say “you are wrong” to those people. Sure, I’ve rolled my eyes at the folks that post that everything is great all the time because we all know it’s not. And you bet I‘ve had my moments of complete and utter jealousy over my friends’ vacations and new homes and good fortune. But I’ve also felt tremendous joy for people’s good fortune and loved seeing families grow and friends get new jobs. There’s been the opportunity to contribute to fundraisers, raise awareness and support friends’ new businesses. Overall there has been more positive than negative in my opinion.

But I didn’t truly feel the real Facebook Effect until my son had an accident. His school called and told me he had collided with another boy in gym class and that he hit his head. What at first looked like maybe a simple run-in with a classmate turned into an extremely scary situation in a hospital involving emergency CAT scans, MRIs and neurologists. As I waited in the emergency room for my son to get out of an MRI, I typed a status update in a private Facebook group letting them know that I was scared and feared for my son’s life. Instantly, the group started sending messages of love and support. I felt less alone.

After a night in the hospital and a diagnosis of a grade-3 concussion and slight brain swelling, I posted a status update on my personal Facebook page. The outpouring of love and support and prayers was overwhelming. I was overcome with gratitude, I felt loved.

I received personal messages from people offering advice and support. A friend that I went to high school with, over 20 years ago, had grown up to be a doctor who worked with patients suffering from brain trauma and he gave me his phone number. I asked him some specific questions about treatment and he gave me good, practical advice.

Friends brought meals, they checked in on me, they sent text messages….all because of Facebook.

Facebook has it’s posers and it’s bound to get a little more obnoxious in the next 18 months with the Presidential election heating up, but it isn’t as bad as some of us think. It provides a link to resources of love and connectivity that never existed before. It provides a village that some of us desperately need.

Social media can be an effective agent of compassion when users are real and vulnerable. Much like Facebook’s chief operating officer Sheryl Sandberg was when she posted about her grief over the death of her husband. She wrote this: I am writing: to mark the end of sheloshim and to give back some of what others have given to me. While the experience of grief is profoundly personal, the bravery of those who have shared their own experiences has helped pull me through. Some who opened their hearts were my closest friends. Others were total strangers who have shared wisdom and advice publicly. So I am sharing what I have learned in the hope that it helps someone else. In the hope that there can be some meaning from this tragedy.

She was so raw and honest. Her status update, her story, touched people. And she said some of those people helped pull her through.

Facebook isn’t just about showing off our amazing craftiness and beautiful perfect families. Facebook can be a place to share the parts of our stories that are full of fear and vulnerability and uncertainty.

The positive Facebook effect can be knowing we aren’t alone and that people really, truly care. Because everyone needs to know that at one time or another, or all the time, in their lives.

READ THIS FROM ANGELA:

This post was written by Angela Youngblood exclusively for BonBon Break Media, LLC.

Angela is a mom of four who documents their imperfect, often hilarious adventures on her personal blog, Jumping With My Fingers Crossed. She has also written for Mamalode and What To Expect. Angela is the co-producer of Listen To Your Mother Metro Detroit. She is a storyteller, runner, dreamer, doer and kitchen dancer.
Next Article