New Episodes of Wishenpoof on Amazon 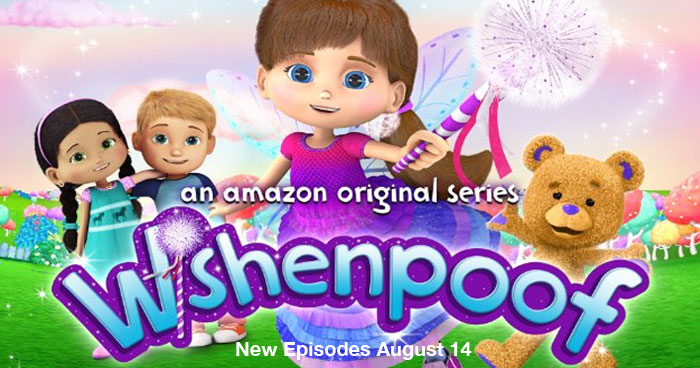 When the pilot for Wishenpoof came out last year, our kids fell in love with Bianca and friends.

Amazon announced it will premiere all 13 new episodes of the Amazon Original Series Wishenpoof on Friday, August 14 for Amazon Prime members in the US, UK and Germany.

Created by Angela C. Santomero (Blue’s Clues, Creative Galaxy, Daniel Tiger’s Neighborhood, Super Why!), and produced by Out of the Blue Enterprises, Wishenpoof is an animated preschool series that revolves around Bianca as she solves life’s problems in her own creative ways because with magic, or without, we all have the power to make good choices.

Wishenpoof is the newest Amazon Original Kids Series supporting kids as lifelong creative learners by giving them the life skills and mindset they need to lead purpose-filled, creative lives.

What?! You don’t have Amazon Prime? Think free 2-day shipping, free shows, free music and more. Check it out now! We absolutely adore it and it will save you a ton on school supplies, too! (affiliate link)