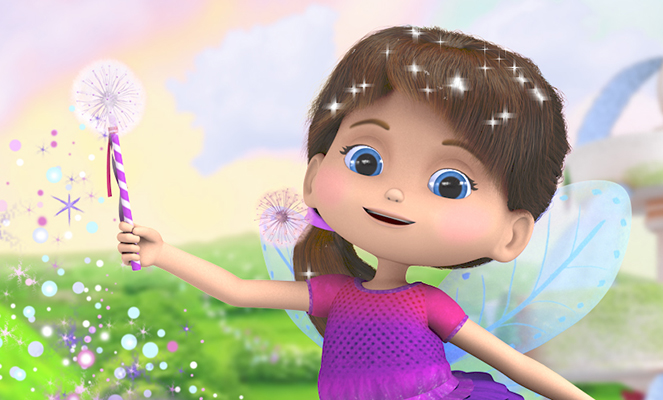 What if, one day, you found out that you could make wishes come true?

My latest endeavor for children 3-7 years old is called Wishenpoof.

Back in August, Amazon Studios announced that the show was on their pilot slate along with four other childrens’ shows. Seven looooong months later,  I am so very excited to announce that the animated Wishenpoof pilot just went LIVE on Amazon Studios!

Its not your typical network process in deciding which series get greenlit for production. Amazon Studios puts them up on their site and lets the viewers preview the free content, so they can give feedback, critique and oodles of glowing reviews (no pressure here). The collected info will help determine which shows Amazon Studios will order to series.

Here’s a little background on Wishenpoof…

Bianca is just like any girl…well, kind of. She has one teeny ability, “wish magic” – the power to make wishes come true! Bianca learns to solve life’s big problems in her own creative way because with magic, or without, we all have the power to make good choices!

Wishenpoof is grounded in a curriculum based on life’s key skills, such as critical thinking, problem solving, perspective taking, and communication. As I’ve said in an earlier Angela’s Clues post, I’ve always wanted to write for a strong female lead character who is smart, funny, caring and PROUD to be a bit girly!

For my friends over here at Bonbon Break, here’s 3 little known facts about our main character:

So feel free to click over to Amazon Studios’ Wishenpoof pilot. Check it out (in its entirety) & PLEASE let us know what you think. The future of children’s media is in your hands! Relatively speaking, of course 🙂