My Mom Won’t Listen, She’s Worse than My Kids 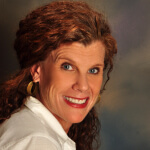 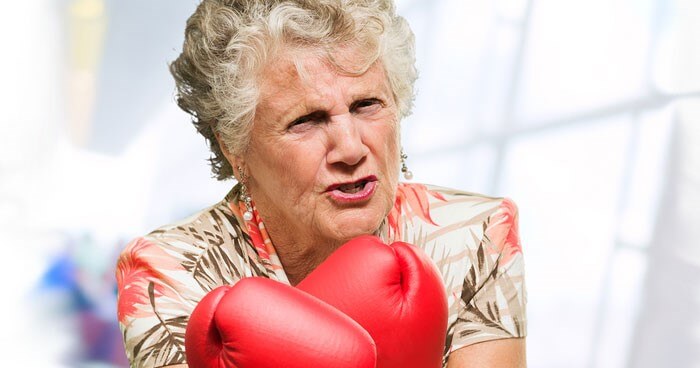 There was an article I read not long ago, that referred to the Baby Boomers as “The Sandwich Generation.” I optimistically inferred this to mean that we would be so busy traveling, water skiing and playing tennis, that we would only have time to throw together a quick sandwich for dinner. I was mistaken. They meant we would be wedged in between caring for our children and our aging parents with barely time to even eat a sandwich.

Like much of the research I’ve ignored throughout my life, they were spot on. I didn’t make it down to Baton Rouge for Spring Break with my husband and sons, as I ended up staying in Dallas to take care of my mom who broke her shoulder. I couldn’t help but notice in the few days I was there, acting as “Primary Caregiver,” that there are some remarkable similarities between caring for our aging Mothers and raising our children.

I could not have been more clear when I admonished my mom, during a recent ice storm, “DO NOT, under any circumstances, go outside –  not even to get your paper – you can’t risk a fall!” We were later informed how LUCKY we were that she broke her “Non-Dominant Side” by a doctor who clearly doesn’t know Doris. If he knew her in the least, he would know she doesn’t have a non-dominant side!!

I admit I was a little miffed that she did what I SPECIFICALLY told her not to do. The last time I was responsible for bathing and feeding another person – cleaning up after them and laundering their tiny outfits, they were required, per the arrangement, to mind me. I prefer it that way.

While toiling away in Dallas, my hubby had his hands full with a slightly different concern in Baton Rouge. It seems that Mimi is on a dating website.

I got an alarmed and  panicked  phone call from him mid-week, whispering, “I think my Mom is on a website called My Time or Our Time or Someone’s Time, and she’s not even trying to hide it from me and the boys. She’s acting like a schoolgirl – I really don’t know what to do!”  (Wouldn’t you think that, after raising three daughters, Jimmy would be an expert at mastering The Common School Girl?)

He went on to complain that she picks up her iPad first thing in the morning when she drinks her coffee, last thing at night, and several times throughout the day to count her “flirts”! It appears that the iPad we all chipped in and bought her for Christmas, was Pandora’s Tablet.

After the first few of days of immediate success (as determined by the hourly Flirt Tally), she asked Jimmy to take a profile picture of her and post it on the site. Shortly after the picture posted, her number of “flirts” skyrocketed to 67!

She is now threatening to meet one of her new-found beaus next week for coffee and beignets. One of the grandchildren suggested that it might be time for the “Stranger Danger” conversation. Fortunately, our brother-in-law has local law enforcement connections, and is going to run a preliminary background check on this dude.

There were several other Benjamin Button moments last week:

– Every time I fixed my mom a plate, she said, “Don’t overwhelm me with food!” Seriously? Who over the age of 6 gets overwhelmed by food?

– Strapping her in and out of her sling and her seat belt was reminiscent of my car seat days. You had to add an extra 30 minutes to both sides of every errand. If Graco would invent an Old Lady Carrier, I would register for it and let y’all throw me a shower.

– Then there was the Sassy Mouth at the doctor’s office. I looked over her and caught the doctor’s eye, shrugging and beseeching, as if to say, “What are you gonna do?” I don’t think he was amused. I put her butt straight into timeout when we got home, but she didn’t notice because she fell asleep. I guess it was nap time.

We are blissfully back in Oklahoma, leaving our Mothers in the capable hands of our siblings. The hubby and I both agreed, if he wasn’t swiftly approaching manopause, we would be tempted to have another baby, just to get us out of all this.

Why Moms Are Overwhelmed But Won’t Ask For Help

Leslie is a mother of 5, married to her high school sweetheart for 30 years. She writes at A Ginger Snapped - Facing the Music of Marriage and Motherhood. She is just getting around to her writing career, and usually blames that on being bogged down with 5 kids, but it's really because she couldn't lay in the bathtub and write until they invented the iPad and a waterproof cover. Her oldest daughter is an attorney, her second is in law school, her third is a dancer at The University of Arkansas, and her boys are in high school and middle school. They are "all over the place," which provides constant blog fodder! Leslie tries to take a humorous look at being married too long, and parenting teens and young adults.
Next Article