7 Lessons My 10 Year Old Son Taught Me About Running 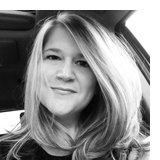 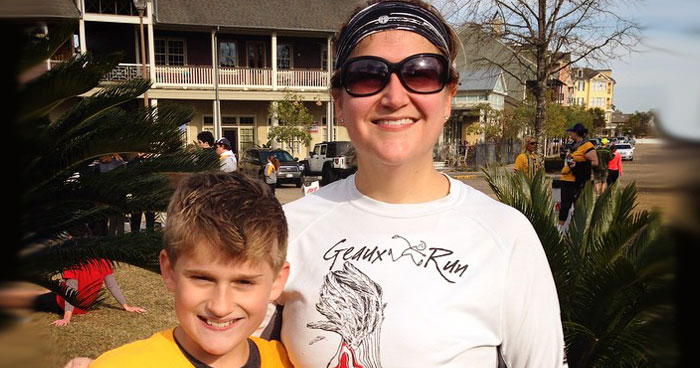 When my oldest son was about 8 years old he asked me if he could run in one of the local 5Ks with me.  I was a little stunned at his question because running was “my thing” and he was so young.  It would have never occurred to me at that age to run a 3-mile race.  However, he assured me that all the running he had done at school prepared him for it and he was eager to see how well he could do.  So I agreed. Since then, he has been running in various 5Ks and even one color run, with his Dad.  And, in that time he has taught me a few things about running.

Lessons My 10 Year Old Son Taught Me About Running

Don’t say “I can’t” – This is a negative attitude at play and it will only fill you with those kinds of feelings – negative ones.  You have to be like The Little Engine That Could and say, “I think I can, I think I can…” or at least say “I can” instead of the other thing.  Kids are not as prone to saying “I can’t” (at least not the ones I have been around) as us adults.

Take deep breaths – While you’re running, if you start to feel short of breath, take some really deep breaths.  In through your nose and out through your mouth.  Repeat as needed.  If you do not feel better and still feel super winded see the next thing.

It’s okay to take a walk break if you need to – So what if someone passes you.  If you need to walk, do it.  It’s okay.  And then you’ll probably be able to run faster after your break anyway. Your time doesn’t matter as much as being able to say you completed your distance or your race.

A lot of the success is in your brain – I’ve had thoughts of “oh no, this is kind of hard” or “I could just stop now” or “I could just go a little slower” but I have to tell myself the opposite of all of those things like, “this is SO fun!” and “there’s no stopping me now!”, with a smile on my face.

You don’t need music to run – Sure, it can motivate you but it’s not a necessity.  Sometimes just listening to the things around you like birds chirping, dogs barking or if you’re lucky enough, a stream or something like that is better than all that music in your ears. Plus the headphones and whatever device you are using to listen can just get in the way during your run.

Run for you, don’t worry about those other guys in the race – Do the very best you can for YOU.  You are not those other people.  You don’t run like them or have the same pace and probably not even the same shoes.

Running is for people of all ages – Okay, admittedly I sort of already knew this one after being is many races and seeing folks of all ages.  Except I never really paid attention to the kids running until one of them was mine.  I think it is great to see entire families running together, getting outside and bonding.  I am glad my son and I are able to do that too.

And one thing I taught him:

Your shoes matter – The other day I saw how raggedy my wise son’s shoes were and I promised him we would go get a new pair that week.  Once he ran in them he could not believe the difference in how his feet felt.  I expressed how important it is to have proper footwear, especially when you start running more frequently.  He used to say “whatever, Mom” when I would comment on his shoes but now he agrees with me.

I understand if you do not run these things may not seem that relevant to your life, however, to me they are true in some way for all of us.  I find myself taking deep breaths, telling myself “I can” (instead of “I can’t”) and taking breaks when I need them in many other facets of my life.  And I believe proper footwear is always an excellent idea.

READ MORE FROM THE FAMILY ROOM:

This post was written by Elaine Alguire exclusively for BonBon Break Media, LLC.

Elaine is a mother to three kiddos and has been writing since she was a child, and blogging at The Miss Elaine-ous Life for over seven years. She writes about her life as a mother and her family life in general. She is also a part-time photographer, specializing in kids and families. Her most recent project is co-producing the premier Listen To Your Mother show in Southeast Texas that will take place in May.
Next Article