Labels Are for Soup Cans 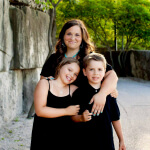 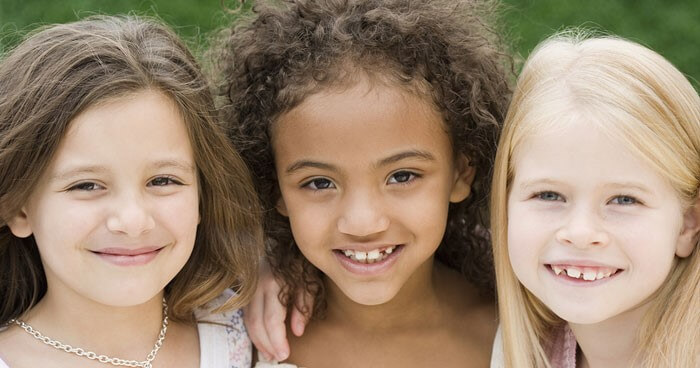 Zoë and Chaliyah met when they were in the third grade.

They were in the same class, and just sort of gravitated toward each other.

Zoë started to tell me about Chaliyah, and the little things they had in common.

They both loved Twilight. And Taylor Lautner.

Later on that same year, they were at an honor roll pizza party, and for some reason decided it was a good idea for each of them to chug a 20-ounce bottle of rootbeer.

This of course landed them in the nurse’s office, where they spent the next couple of hours giggling together.

And they’ve been besties ever since.

Over the past 4 years, they’ve learned a lot about each other.  They have both had some awful things happen to them in their short lifetimes, yet they still both have the most beautiful spirits. They are so much fun to be around.

Recently Chaliyah spent the whole weekend with us, because once the gals are together they cannot say goodbye. So Chaliyah spent two nights instead of one. They were laughing just as hard Sunday afternoon as they were on Friday night. It is pure bliss.

That weekend, I was sitting in my chair, reading a book, all nestled up with my favorite quilt, and I realized…it’s just a little bit too quiet. So I tiptoed back to Zoë’s room, and there they sat, giggling quietly and scribbling furiously.

They screamed “NO!” and jumped up, giggling hysterically, and ran over and chased me out. They said they were planning a performance for me, and I couldn’t know what was about to happen.

A little while later they pranced into the living room in costumes and then struck a pose. They both started laughing so hard that they collapsed into a pile of 12-year-olds, and couldn’t even utter the first word of the performance.

Later that same night I found a piece of paper on the floor, which contained the rules of their Nerf archery tournament. It read:

“No hitting me in the face, private parts, or eyes.

No biting, kicking, pinching, or talking about each other’s mamas.

When the world was beautiful and young and carefree and you had your whole life ahead of you?

When you could giggle with your bestie and forget for a few hours that your dad left when you were 5, or that you lost part of your leg in a car accident?

When you weren’t jaded or racist or cynical yet, and you could find the silver lining in everything?

When you were so innocent, that you didn’t make associations based on the color of a person’s skin?

Perhaps you should try because as adults, we are jaded and racist in ways that we don’t even fathom.

Friday night Zoë went to a birthday sleepover at Chaliyah’s house. There were eight little girls at that sleepover, having the time of their lives. Saturday morning, when I arrived to pick Zoë up, one of the little girls ran out into the front yard to greet me. She said “Hi!  Whose mommy are you?”

She walked me into the house, and the remaining sleepover attendees were all gathered around the island in the kitchen.

Every one of those little girls was black…except mine.

Who’s mommy am I?

He’s not a mixed child; he is a child.

They aren’t a black couple; they are a couple.

It’s not a gay wedding; it is a wedding.

A fabulous one. (Say it again!)

He’s not an autistic child; he is a child. He is my child.

A most beautiful one.

Today I will do my best to see others through the eyes of a child…people are unique and beautiful.

Labels are for soup cans.

On Raising a Black Son in Today’s America

ngela is a single mother of two tweens, the youngest of whom has autism. His name is Zion. With her daughter Zoë, Angela started a fundraiser in 2013 named Zoë's Starfish, to raise the money to pay for a specialized therapy for Zion called ABA therapy. Now just two years later, they are raising money to help other families as well. Her writing serves as an outlet and a tool to create autism awareness, as well as a weekly update for their rapidly growing community of followers. Angela and Zoë's dream is to create a 501-3C non-profit organization to help families of children with autism.
Next Article