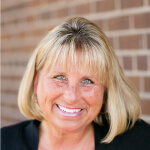 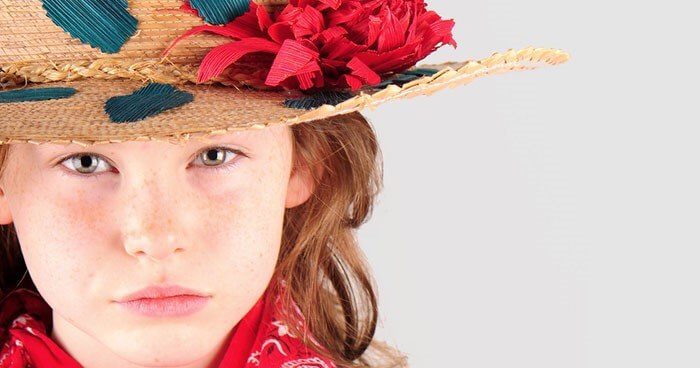 Josie came into this world creating a wake of love and happiness that rippled far and wide. At 10 pounds, 14 ounces and 22 inches long, she looked more like a 3 month-old than a newborn as she lay swaddled in the hospital bassinette; her head with dark locks of hair touching one end, and her puppy dog feet, the other. Instead of a cry I swear she let out a giggle when the doctor held her up for us to see, which was our first clue that she would always possess a sunny disposition.

When word spread of her birth, hospital staff from every floor trekked to the maternity ward to behold the ‘big baby’ as they fondly called her. Giddy with pride and thankful for her safe arrival, we didn’t realize it at the time, but that first claim to fame would be her last for awhile, as she joined a family that was about to embark on a journey few had traveled . . one that would take every ounce of our time and energy leaving little to none for Josie, who quickly became, the forgotten one.

Josie took her place behind Samantha who was four years her senior. A rough and tumble big sister who preferred matchbox cars to Barbies and bulldozers instead of baby dolls. Society had graciously given us the Tomboy label that we gladly used as a wishful excuse for her masculine ways, but, as we soon found out, our firstborn child was actually transgender.

Grappling with the unknown, countless hours were spent desperately seeking information that would help us understand why Sam’s mind and body did not match. Hours that took us away from Josie. And as we researched and worried about Sam, our second child grew before our eyes . . . eyes that were too weary and blinded by fear to see the beautiful person she was growing to be.

Piano recitals, dance performances, spelling bees and sporting events for Josie were a blur. I was there but I wasn’t, my mind focused not on the stage or softball field, but rather on the next steps we must take to help our first child become whole . . doctors we had to find, insurance companies we were required to fight, teachers we needed to brief, lawyers we must retain. And all the while the forgotten one smiled, not noticing or perhaps noticing but understanding, even as a small child, that her parents were stretched beyond their limits, trying to do the best that they could for their family.

When Sam transitioned to be the boy he always knew he was, Josie was just seven years old. Wise beyond those years, when asked what she would say if her friends inquired about Sam, she only paused a moment before saying with a confident, front-tooth-missing smile, “I’ll tell them that I used to have a sister, but now I have a brother.” I remember being so proud but also ridden with guilt.

As is often the case when families have children with extra needs, siblings can fade into the woodwork; an unfortunate truth that was not lost on our family. Concerns about Sam’s safety, and his mental and physical well-being preceded everything else in our lives, often times making us feel like we were drowning in a sea of despair. On the rare occasion we would come up for air, there would be Josie, the smile on her face always providing a much needed ray of sunshine on an otherwise overcast existence we had come to accept as our new normal.

It was on one of those come-up-for-air days that I finally realized how much she had been forgotten. Running into an old friend on the post office stairs, we stopped to catch up. “How is the family?” she asked with genuine interest. She listened politely as I shared Sam’s latest trials and tribulations. When I paused to catch my breath, she pointed out my neglect in a way only a dear friend could, “It’s good to hear about Sam but you have another child too . .  how is Josie?” Her comment caught me off guard. So consumed by all things big and small in Sam’s life, I was acting like I only had one child.

Sick with remorse, I raced home to find Josie flopped in her usual position on the couch. Her chestnut brown locks thrown up in a bun on top of her head, she lounged in a favorite pair of pink and gray sweats, her gangly legs draping over the armrest. She had established her favorite after school command center — backpack within arms reach, a computer resting on her lap, and a bowl of popcorn on the coffee table before her – she would not have to move until dinner. At 5’6” and possessing a level of maturity well beyond her twelve years, she could easily pass for a college student.

She smiled when she saw me, but didn’t bother removing the buds that connected ears to iPhone. So used to me passing through the family room with my phone pressed to my ear discussing something related to Sam, she knew that smile was the only sign of life I needed to let me know she was fine. But this time was different, today I was really here for her and I needed her to know that . . needed and wanted her to understand how much my heart swelled with pride every time I looked at her. How much I appreciated the compassion, patience and love that she gave unconditionally to our entire family. How very much she meant to me. But most importantly I wanted to tell her that she would never again be forgotten. That I would never again allow fear and worry for one child,  keep me from my responsibilities as a mother to both of my beautiful children.

I placed a deliberate kiss upon her forehead and hugged her with all my might and hoped that one day she would understand.

Leslie is a proud mom of two children, who, after retiring from a 21-year corporate marketing career, is focusing her passion on being a writer and advocate. In 2011 she created the blog Transparenthood™, which chronicles her experience raising a transgender child. Leslie is a regular contributor to The Huffington Post and her essays can also be found in two anthologies, Mamas Write and Nothing But The Truth So Help Me God. Committed to spreading awareness on the subject of transgender children, she frequently shares her family’s story, speaking in front of audiences across the nation, a highlight of which was being chosen as a cast member of Listen To Your Mother Twin Cities in 2014.
Next Article