20 Delicious Skillet Meals in Under 35 Minutes 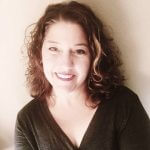 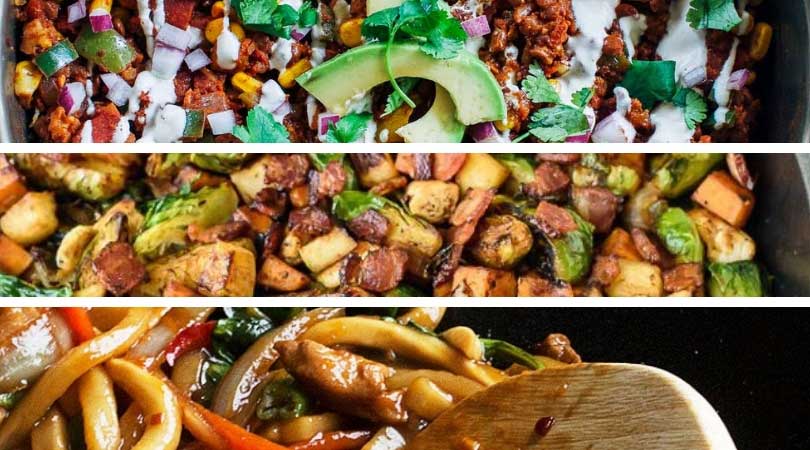 I am so excited about this group of recipes for you! We’ve been working on simple dinners to get you through those extra busy weeks.  There is nothing like a good skillet dinner recipe to fill your family’s bellies after a hard day of school/practice/work/play. Mix these ingredients together and have dinner on the table in under 35 minutes. Now THAT is a win!

When it comes to skillets, nothing beats cast iron. We have a 12″ cast iron, but I also have an 18″ All-Clad Stainless Steel skillet that I adore. Now that my kids are older, we need a little more food at dinner time and those extra inches provide the space for huge veggie stir-frys and more! We also love doubling our Dutch Baby recipe in that skillet, but that’s another post. Take a peek in our store below to get one for yourself. 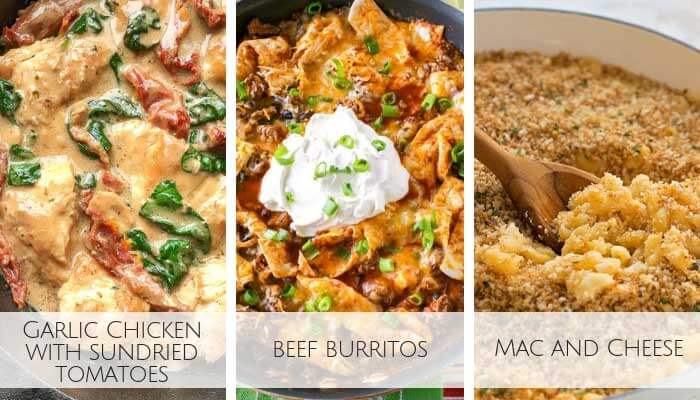 CHECK OUT THESE SKILLET DINNER RECIPES: 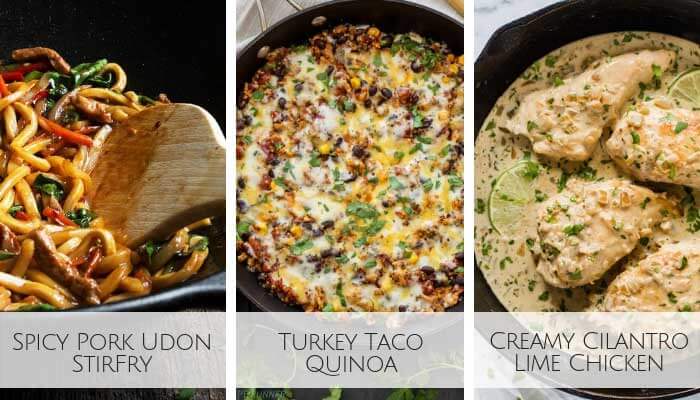 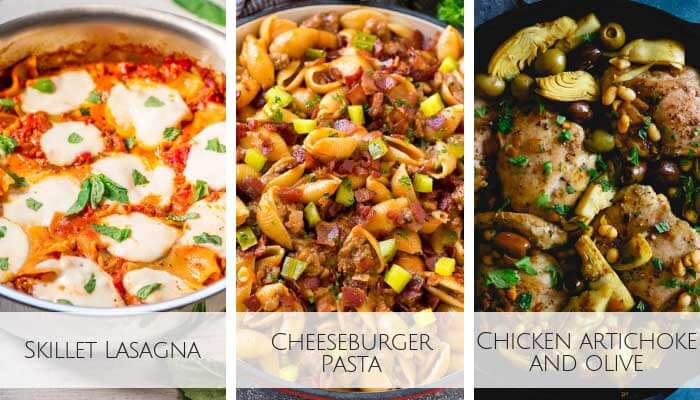 PEEK AT THESE QUICK SKILLET DINNERS: 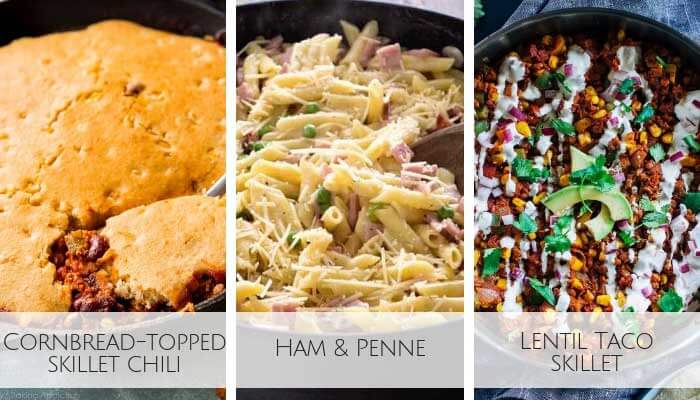 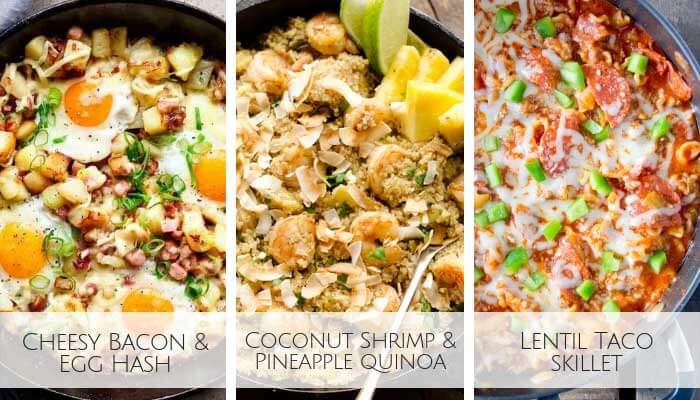 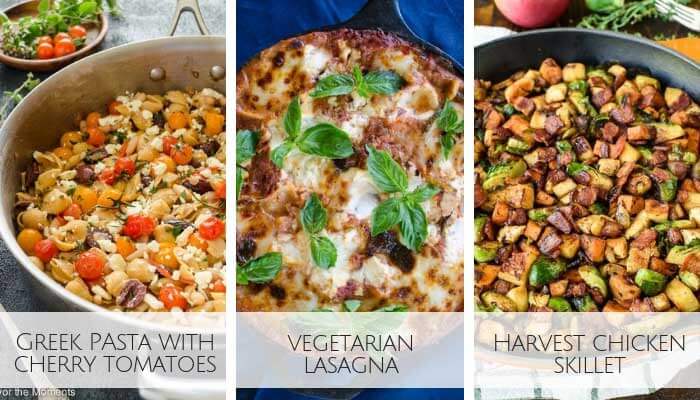 Greek Pasta Skillet with Burst Cherry Tomatoes by Flavor The Moments
Skillet Vegetarian Lasagna by A Side Of Sweet
Harvest Chicken Skillet with Sweet Potatoes, Brussels Sprouts, and Sautéed Apples by Well Plated 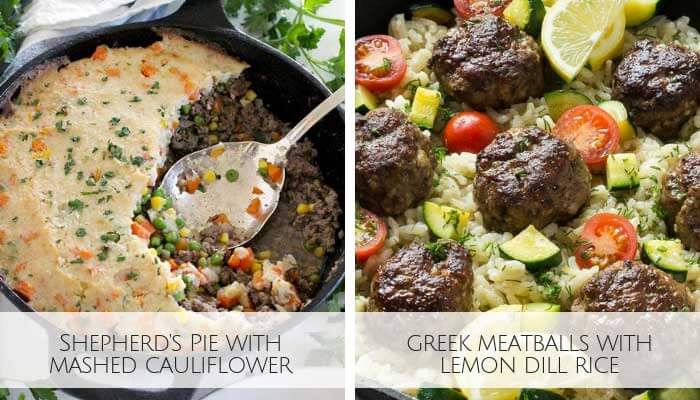 LAST, BUT NOT LEAST!:

These links are affiliate links from our Amazon store. That means we make a little extra change for creating this AWESOME content for you.


MORE FROM OUR SIMPLE DINNERS SERIES: 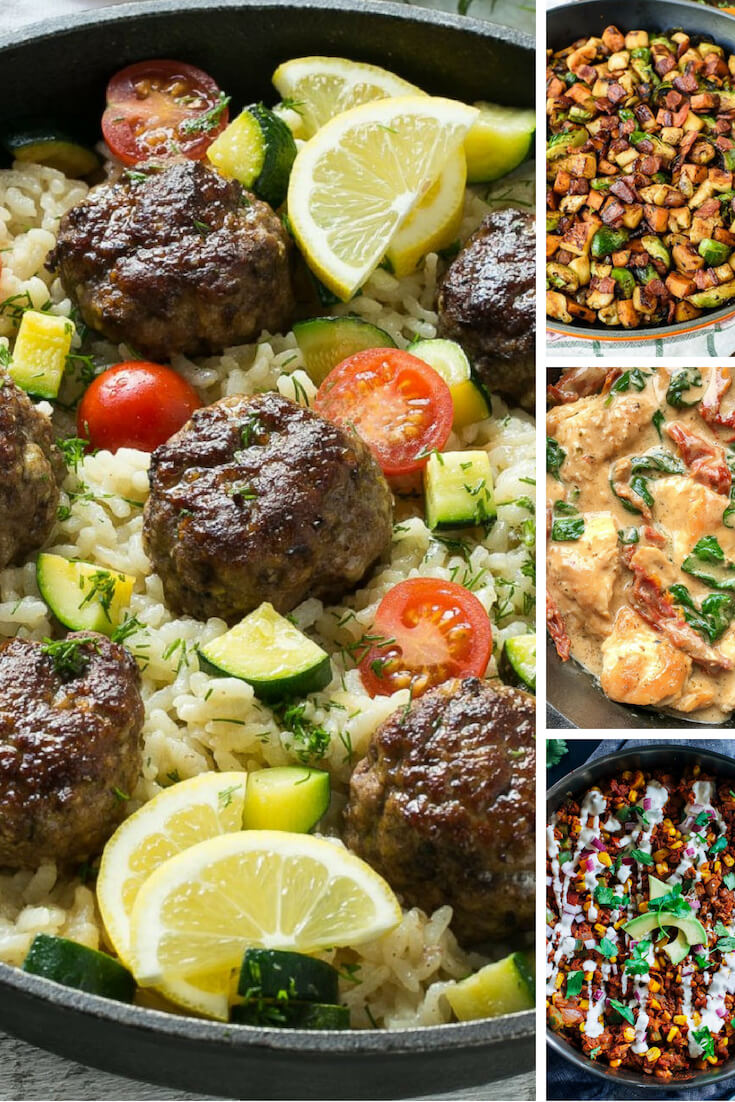 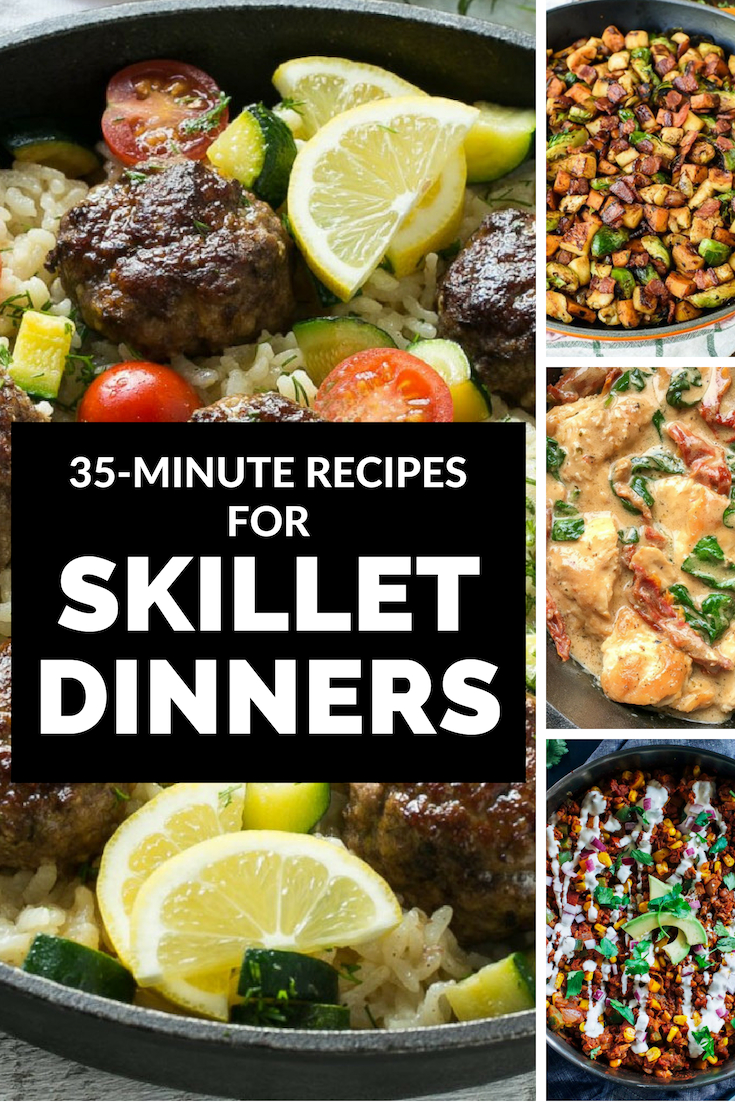 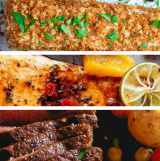 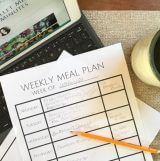 Meal Planning Help to the Rescue! Our Quick Guide to Easy Dinners 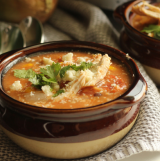 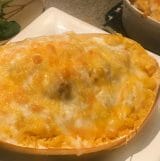