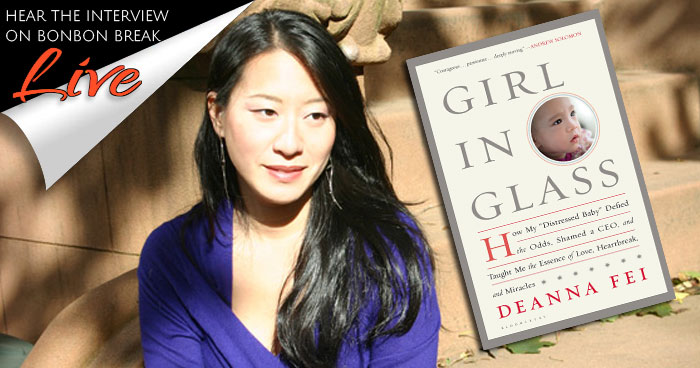 When AOL CEO Tim Armstrong provoked a national firestorm by blaming ‘distressed babies’ for his slashing of retirement benefits, Deanna Fei, the mother of one of those babies, spoke out in a candid, searing essay in SLATE  recounting the ‘catastrophic’ birth of her daughter just 25 weeks into pregnancy. Fei reveals the full story of her daughter’s traumatic premature birth, the harrowing journey for both mother and baby, and how the experience transformed her life.

A little about Deanna: Deanna is the author of the novel, “A Thread of Sky,

” named a New York Times Editors’ Choice, 2010 Best Book by the Chinese American Librarians Association, and winner of Late Night Library‘s Debutlitzer Prize. A graduate of the Iowa Writers’ Workshop, Fei has received a Fullbright grant and a New York Foundation for the Arts fellowship. Her essays have appeared in the New York Times, Slate, Huffington Post, and other publications. She lives in Brooklyn with her husband and two children.

Top Summer Reads to Hide on Your E-Reader