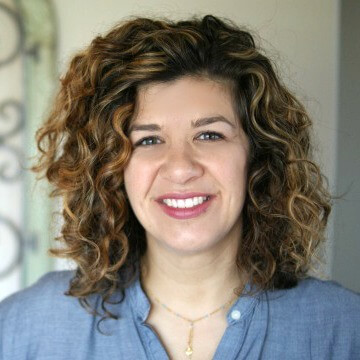 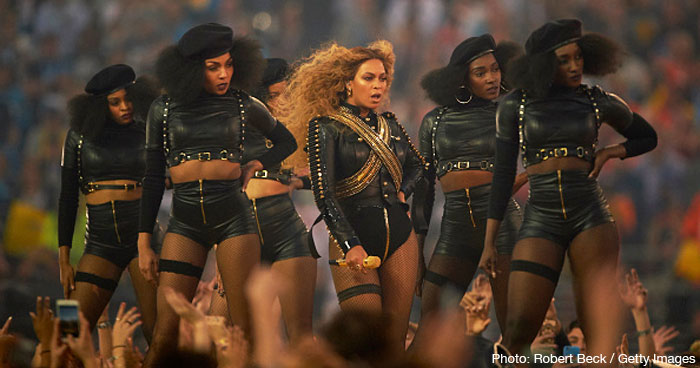 Like much of America, I spent Sunday evening watching Super Bowl 50 with my family, munching on pizza and wings, and – I admit – focusing more on conversation with friends than the actual game. During the halftime show, our crew of ten all nodded in approval, raving about Beyoncé’s ability to steal the show every time and laughing (good-naturedly, of course) at Chris Martin’s dance moves.

Always the optimist, I assumed everyone was as entertained as we were. A couple of days passed before I realized the intense criticism and backlash that Beyoncé’s performance had engendered.

There were rallying cries on Twitter to #BoycottBeyonce, claims that Beyoncé is a racist cop-hater, and criticism of the lack of white performers in her entourage. Former NYC Mayor Rudolph Guiliani called the show “outrageous,” while Fox & Friends Host Brian Kilmeade was in an uproar that Beyoncé “was basically telling cops to stop shooting Blacks.” And let’s not forget the invitations to protest the NFL for having the gall to let Beyoncé perform as she did.

I like to think that most white people, like myself, enjoyed the show and hope the incredible amount of hate levied against Beyoncé following the Super Bowl comes from an exceptional but very vocal few. But the stories popping up in my news feed certainly got me thinking.

Beyoncé is an incredibly savvy woman who used her Super Bowl performance as an opportunity to go beyond entertaining a crowd and say something. Her message was loud and clear and powerful. Was the Super Bowl – with its 115 million viewers – the place for that to happen? Why not? Because her message made some people uncomfortable?

That discomfort is exactly why her performance was so important.

White people have a choice in how to respond to Beyoncé’s message. We can dismiss it as racist and offensive and claim Beyoncé is an opportunistic cop-hater, echoing the knee-jerk reactions of ill-informed talking heads. We can pretend race relations in our country are peachy-keen and if Black people would just “respect the police” everything would be fine, refusing to consider overwhelming evidence to the contrary. We can believe Black people are here to entertain us, just as long as they don’t speak too loudly or publicly about the systematic racism that they experience on a daily basis – as long as their view of the world doesn’t differ from our own.

Or, we can take the extra step to try to understand what Beyoncé is saying and why she feels the way she does. We can try to figure out what it is about Black solidarity and Black pride that feels so threatening. We can take any hurt feelings we have about the lack of non-Black back-up dancers to consider the impact that the overwhelming whiteness of modern television and movies has on people of color, both on and off the screen, and question the double standard. We can consider why Beyoncé is the beloved diva of hip-hop when she sings about putting a ring on it or glams it up in couture, but becomes the target of public vitriol when she reminds us she is a Black woman with Southern roots who fervently believes #BlackLivesMatter.

We can take the extra step and actually read the many amazing posts analyzing Beyoncé’s lyrics, Super Bowl performance, and video to educate ourselves about the history, imagery, and messages they contain. We can listen – really listen – to the reactions of the Black community, with the intention of learning and understanding.

We can also recognize where limitations in our understanding of Black history impede our ability to engage in productive discussion. Many people equated Beyoncé’s nod to the Black Panthers and Malcolm X with an anti-white, pro-violence message. The Panthers are known to many white Americans as “that militant Black group,” the yin to Martin Luther King’s non-violent yang. We know their history as told from the white perspective.

In fact, the Black Panthers were formed in the 1960s for the purpose of defending black communities from police brutality being directed at persons of color as they advocated for their civil rights. They were armed for self-defense (like many Americans today), not to promote violence. They organized free breakfast programs for children and medical clinics for people of all colors, programs that represented a coming together of revolutionaries in service to their community. (Formation, anyone?) And as they rallied communities to take control of their own destinies, they sowed the seeds of the Black Pride movement – something Beyoncé spoke to as she sang, I like my baby hair, with baby hair and afros; I like my Negro nose with Jackson Five nostrils.

The parallels between the conditions under which the Black Panthers formed and the civil rights issues of today are uncanny. After four years that have seen the shootings of Trayvon Martin, Tamir Rice, and Michael Brown (just to name a few), the Charleston church massacre, and videos of Black teenage girls thrown to the ground by law enforcement at pool parties and in the classroom, Beyoncé put the #BlackLivesMatter front and center. That it made so many people angry and uncomfortable speaks to how far we still have to go.

Racism Begins – And Ends – In The Home

Walk in My Shoes, White Mom

At Musing Momma, Ellie shares inspiration for happy parenting and mixed race families. She has a Ph.D. in Psychology and counseled children and families for several years before changing paths to spend more time with her family. She resides in Central Pennsylvania with her husband and two sons (ages 6 and 9).
Next Article