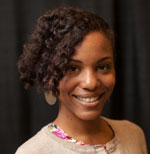 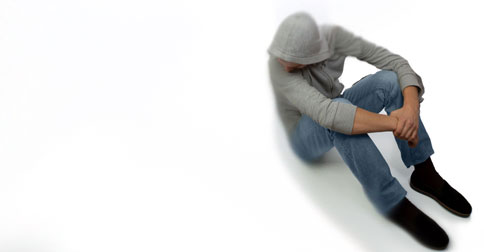 I have a confession to make. This is going to be hard because in some ways I feel like a hypocrite for feeling this way and for holding it in for so long. Also, I know that feeling this way makes me no better than some of the folks I’ve called out and held accountable for prejudice. In the spirit of “open dialogue” and doing something, I’m sharing this.

I have a legitimate fear of white men and boys.

Not something you hear every day, huh?

This isn’t a theoretical, “because of what they did to my ancestors” fear. What I feel is a sense of discomfort and anxiety that comes when I’m in the presence of white men or boys that I don’t know. I’ve heard stories, and seen with my own eyes, White women moving their purses, or tensing up when Black men come around, and I have to tell you, I do the same with White men.

Not too long ago I was in a Starbucks and a tall, gangly teenaged boy came in. He had shaggy hair, and was wearing all black. He was carrying a big instrument case with maybe a bass or something in it. It didn’t help that he didn’t know what he wanted, so he stood away from the line, looking suspicious (to me) as he tried to figure out what to order. I couldn’t close up my computer, gather my things and get up out of there fast enough. All I could picture was him pulling a rifle out of that case and shooting the whole store up. Although I felt incredibly ashamed at my visceral (and physical—my heart was racing, my head was pounding) reaction, I still felt a little justified. I had a reason to be scared, no? It’s happened before, right?

I do the same thing when I’m coming up on a group of White boys on the street that I have to walk past. My body automatically prepares for fight or flight. I don’t know if they’re going to bump into me (typically the middle school age group), or be so unaware of my being that they take up so much of the space on the sidewalk that I have to move to the side and wait for them to pass (usually the adults). It’s fear that keeps this big mouth Black woman from saying anything when that happens. Fear of the rude little White boy’s mama saying I attacked her child for even daring to say to him, “Hey, you bumped into me”. Fear of the White men calling out my name, or even worse, putting hands on me. Depending on their income level, connections, or the language they use when describing an altercation (“She was yelling and attacked me”–because every time a Black woman talks and it’s not a compliment, it’s an attack), I could be the one that ends up in jail.

I can admit that my discomfort around White men and boys is largely unwarranted. I’d say 96% of my whole life’s interactions with them have been positive. Even still, the fear is real. So, I get it. I do. I understand how some White folks could believe a trained (?), armed policemen could feel like a 5-year-old when face to face with a “hulk”, “beast” of a Black man. The images and portrayals of monster-like Black men have completely overshadowed the reality of the goodness that so many of our men and boys possess. I need to make it clear, though, that it goes both ways. Right now, Black mothers are crying for the future of their Black sons, but White moms, you need to be put on alert, too. The media has planted the seeds for a war against your boys, too, and it’s starting to take root. My somewhat baseless anxiety around your white sons is evidence of that.

What is going on in our country affects everyone. Not just Black folks. We must come together to make change.

This post was syndicated with expressed permission from Brandi Jeter Riley.

Brandi Jeter Riley lives in Northern California with her daughter and husband (both of whom she shamelessly posts pictures all over the internet!). Brandi's parenting lifestyle site, Mama Knows It All is a "keeping it real" resource for mothers all over the world.
Next Article