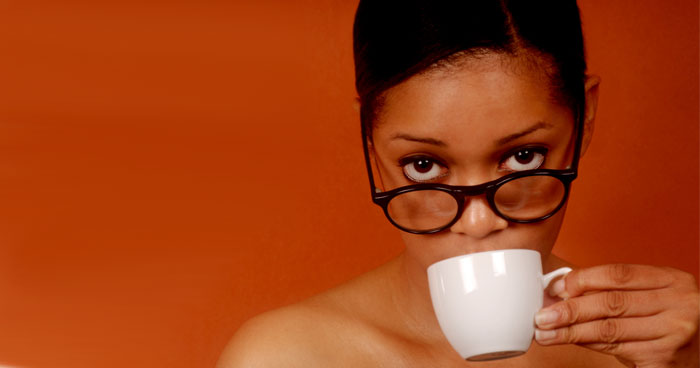 By 7:50 a.m. on the first day after winter break, I had gotten my son awake, fed, dressed in his uniform, all bundled up, and delivered to school. This was huge, considering that for the last two weeks we’d been lounging in bed until 9.00.

I deserved a treat.

I took myself to Starbucks and ordered a cappuccino. Because I paid in cash, my transaction took a camel’s gestation period. As the barista helping me readied my bills and change, the other called out, “Sir, your order is ready.” The fortyish man ahead of me had ordered four coffees, and required one of those nifty coffee-carrier trays Starbucks so conveniently provided.

“Excuse me,” he said. I stepped aside a little. I thought I could still get my change while leaving him enough space to lift his tray off the counter.

But in terms of his intentions and how much space he needed – I had it all wrong. He wanted to slide his tray off the counter, and squeezed in front of me to do so. Was it too close for comfort for a moment? Definitely. But I’d ridden under broad swaths of Manhattan next to someone who smelled like a box of rotten onions. This was no big deal. The man stepped away; I got my change and took my coffee to the “fixins bar.”

“Now didn’t that man just violate your space right back there, didn’t he?” I looked up to see a middle-aged African-American man dressing his own beverage and grinning conspiratorially.

I had almost forgotten what just happened. “Oh, he just needed more space to get his coffee,” I shrugged.

The African-American man snorted. “That’s white privilege, that’s what it is!”

What the . . .? “Okay, right…” I mumbled feebly, then grabbed my coffee and scurried toward the door.

White Privilege? Really? That? It’s come to this? I mean, of course, there was a lot to be furious about. It seemed like race-based conflict was everywhere — in the streets, stores, and all over the Internet, with outright racists and those who denied race as a factor in ANYTHING running amok like Wal-Mart shoppers on black Friday.

But this wasn’t part of that struggle. I couldn’t even see it as one of those subtle acts of white privilege, where someone’s belief in his own superiority, or ignoring someone else’s existence, was so ingrained they didn’t even know how entitled they were.If anything, as a small woman, barely 5’3” and a size 2, I saw it more as Male Privilege – the kind expertly demonstrated by dudes who took up half the sidewalk, used public seating to say, “Yes, I CAN fit a Mini Cooper between my knees!”, and never, ever, apologized for bumping into you.

If anything, as a small woman, barely 5’3” and a size 2, I saw it more as Male Privilege – the kind expertly demonstrated by dudes who took up half the sidewalk, used public seating to say, “Yes, I CAN fit a Mini Cooper between my knees!”, and never, ever, apologized for bumping into you.

But even that felt weak, and besides, I suppose I could have given him more room. Even if the guy was a legacy acceptance at Yale and was gliding through life on trust funds, family reputation, and being “the Man” to legions of oppressed workers, this wasn’t an act that could compete in the White Privilege Playoffs. Not by a long shot.

As for “white privilege,” it is a monumentally serious issue, one that cuts deeply into our world, our nation and our individual humanity. It is a source of great suffering and pain. But it’s in danger of becoming a buzzword now, overused, responsible for everything from slavery to someone sidling in front of you to get coffee. The term could go the cliché way of words like shaming and bullying. Someone was on a diet, and friend “bullied” them into sharing a slice of cheesecake? A curvy person felt shamed because a salesgirl suggested she find more flattering pants than leggings?

What do people who have really been bullied and shamed have to say about that?

On the other hand, maybe the African-American man felt relief to have another context for the knockdowns – emotional and perhaps even physical – he, or people he knew, had experienced. But a white person’s misstep toward a person of color doesn’t necessarily reflect a belief in his own superiority. And nor is a black person’s every action a reflection of poverty, low self-worth, a lifetime of degradation, or a desire to stick it to the Man.

Sometimes people are just stupid. Clumsy. Clueless. Spatially challenged. Or they might be having a bad day.

And sometimes, it’s simply that, we’re improvising in public spaces with strangers, and our movement is completely off.

Before her two children re-choreographed her life, Keesha was a professional dancer who performed in the U.S. and in Europe. Today she teaches modern and jazz dance in the Chicago area. She is also the human cyclone behind the blog Mom’s New Stage. A multitasker at heart, she shows fierce skills at simultaneously writing, choreographing, checking Facebook and Pinterest updates, playing the role of a mother named Joan “Kumbaya” Crawford, and overcooking food. Keesha is one of the select contributing authors of In The Powder Room’s first anthology, You Have Lipstick on Your Teeth. Her writing has been featured on Mamapedia, The Huffington Post, and in the bestselling anthology I Just Want to Pee Alone.
Next Article