To Plug or Not to Plug? 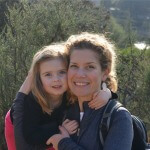 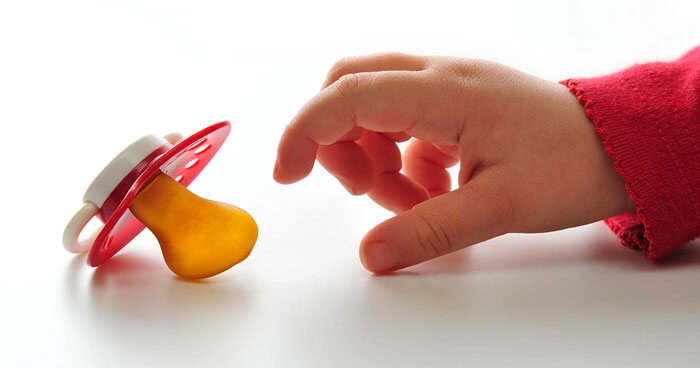 The plug. It is the bane of my existence and her most coveted reward.

Old habits are hard to break, and ridding my daughter, Ouisie of her beloved pacifier is tangible proof. Neither negotiating, bartering nor pleading have convinced her to pull the plug from her pursed lips.

The plug is her must-have bedtime accessory. The plug has provided us peaceful long haul flights, road trips, and extensive meals at Michelin restaurants. When ridden with fevers or skinned knees, the plug has soothed her ailments. And when all are misplaced, we have driven across town, at all hours, for replacements to avoid an emotional breakdown at bedtime.

The plug was introduced during breastfeeding as a means of relief for my breasts. I loved the instant bond from breastfeeding, possibly too much. As a first-time mother, I naively allowed her to become a full-time cluster feeder and; in turn, I was an over-producing dairy cow. But by her first birthday she only nursed before bed. A week later, she weaned herself, and my boobs were replaced by the plug. I was nostalgic and, if honest, slightly jealous of the preferred plastic nipple.

I am not perplexed by her turning four at the end of the month, but rather that she still demands the plug to sleep at night. A habit I introduced, I was resolute she quit by Christmas. Each advent calendar door brought Christmas and quitting time closer. Though she claimed to be ready, Ouisie was not fully committed.

As operation P(lug)-day approached,  I began observing my friends’ children. Five-year-olds were still sucking their thumbs. Some older kids still wet the bed. Many carried their favourite lovey at the playground, in the car, and at playgroups. I was reminded how kids, like adults, are on different paths.

While Ouisie did not walk until 16-months, she was potty trained before 2.5 years.  She communicated single words with sign language by ten months, but did not show any interest in getting herself dressed until six months ago. I determined my desire to stop the pacifier stemmed from my insecurity of being judged by onlookers. I saw the pacifier as a sign of my weakness, my crutch. Perhaps it is.

My family told me to cut myself, and Ouisie, some slack. So I stood back and looked at the big girl before me. Charismatic, charming, and compassionate. Three characteristics that define Ouisie, not her pacifier. I pardoned myself by admitting her use of the pacifier did not equate to poor parenting. No studies indicate prolonged use can compromise her health or development. So, I let it go.

Just as Ouisie will not pack her pacifier when she heads off to college, children stop wetting the bed, and none are sucking their thumbs during high school commencement speeches. Face it, milestones are made on our children’s schedules, not the parents. When Ouisie is ready she will toss the plug, and never look back. I know, because that’s the kind of girl she is.

Assuming bigger parenting hurdles await Chef and me, I resolved to plug my mouth and allow her to wean herself. It might take another year. It could take two. When at last she bids au revoir to the plug, Chef and I will sing her praises. I likely will also shed a few tears as it will mark another independent step; a reminder that my baby girl is growing up.

After graduating from university, and a few years of traveling, Callie joined Four Seasons Hotels and Resorts to pursue a career to cater to her love of travel and fine hotels. She convinced herself that she would never make it as a travel writer, though her gut tried to press her forward. Callie became a mother in 2011 and traded in her office heels for tennis shoes. Over the last three years she has focused on her passions, namely writing and photography. She draws inspiration for writing through current events, being a mother, travel, and love of food. Life with a French chef, a precocious four year old, and one opinionated dog inspire her blog, Callie & Chef, about her family adventures both abroad and at home. Callie has been a featured contributor for Four Seasons Hotels and Resorts on their family travel blog, Have Family Will Travel, and epicurean blog, Taste. Last summer, after ten years abroad, they returned to the United States and now call Los Angeles, home.
Next Article