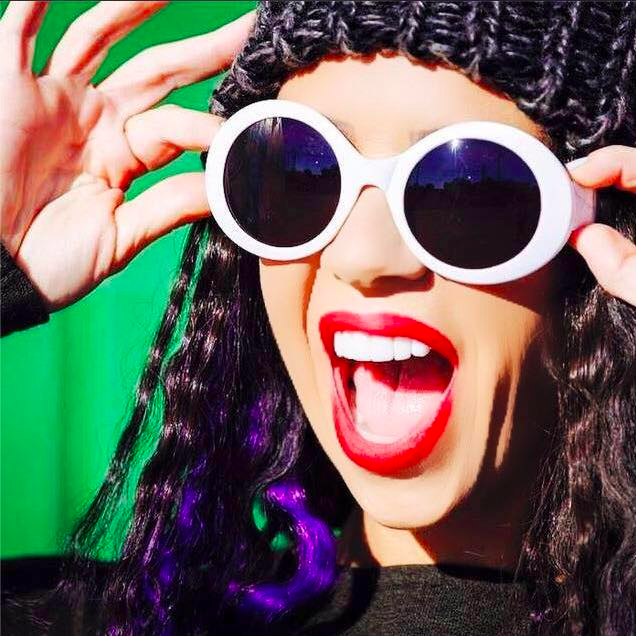 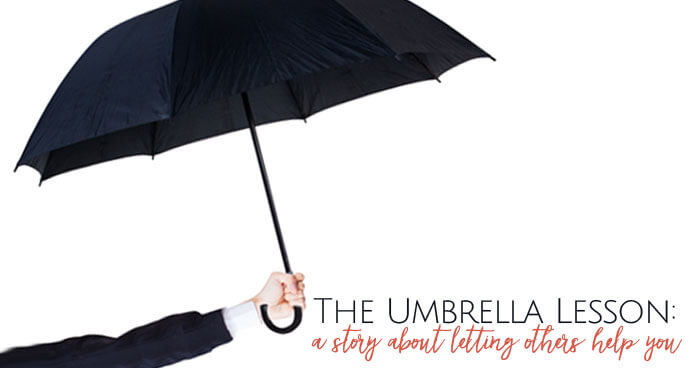 I pulled into the parking lot of my doctor’s office in a downpour of rain. I was already five minutes late to my arrival time because of the traffic.

If you aren’t familiar, it’s a well-known fact that Californian’s are only capable of driving in “sunshine beam” weather conditions.

Once I entered the doctor’s office building, the line of people waiting to check-in was overflowing out the office door.

I stood my turn in line, checked in and went to take a seat in the waiting room. I immediately noticed a man in his mid-forties walk in with his elderly mother and a giant umbrella. She took a seat next to her walker while her son stood in line to check her in.

“Honey, do you need my health insurance card?” she asked her son.

I sat and watched this elderly woman while I waited for my doctor to retrieve me from the waiting room. She sat in her chair wrapped in a crocheted shawl; the kind you know smells like “Grandma.” I put my phone down, and I watched her. She scanned the crowd with a smile on her face; she radiated that gentle and kind vibe that so many people her age do. Her entire demeanor put me at peace.

Within a few minutes, she realized her son was holding the cumbersome umbrella while he waited his turn in line; the umbrella that he most likely brought along to shield his mother from the rain.

She perked up: “Mike, honey, let me hold that umbrella for you while you wait in line.”

She continued to survey the crowd, said hello to people, hummed songs quietly to herself, and glanced magazines with her pink-rimmed glasses that hung around her neck. She smiled and said hello to each child who walked into the office and gently rearranged her shawl that sat delicately on her petite shoulders.

The receptionists were swamped, as they normally are the beginning of a New Year where everyone’s health insurance plans have changed; the line was taking a bit longer than it normally does.

I watched as the sweet woman struggled to get out of her chair, walked up to her son standing in line, and tried again: “Mike, here, let me take that umbrella for you, so you don’t have to hold it while you wait in this line, I really don’t mind, son.”

I could tell this man was annoyed. He was annoyed by the line, he was annoyed, likely, by the fact that he had to stop his work day to pick up his mother and take her to the doctor in the middle of a thunderstorm.

He snapped back at her, just a little louder this time “Mom! I’ve got it; it’s fine! Just sit down and relax.”

She slowly made her way back to her seat with the assistance of her walker and sat down. Her demeanor shifted, and she sat quietly.

Within seconds, my doctor called my name, and I went in for my appointment.

After my appointment, the entire way home I thought “Why couldn’t he have just given her the damn umbrella? All she wanted was to feel useful at that moment; her son was doing something for her by taking her to her appointment, and she just wanted to help her son in whatever small way she could- to her, that was holding the umbrella.”

However, that also got me thinking about the dynamic between my daughter and I. She’s always one to offer a hand.

“Here! I can help you mix that bowl, momma!”

“You need me to carry that bag of groceries for you!?”

In my normal hurried status, I usually decline because I know that her helping me will likely just slow me down.

Watching that man inadvertently shut his mother down, I learned something about myself-I figured out why I was so fascinated by their exchange: I do the very same thing with my daughter. I am that hurried man in the waiting room with the umbrella and little patience.

With our little ones, it’s almost always easier to do things on our own.

I allowed my daughter to crack the eggs into the batter for a cake I was baking, which resulted in a cake riddled with shards of egg shells. Of course, I had no eggs left, or cake mix to make another.

She helped me carry in the groceries during our last shopping trip, and she placed a bag full of refrigerated items in the dining room- where I did not see them until the next morning. Thus, leaving us with no milk, nor any of the meat that I’d planned on using for dinners that week.

In both of those instances, I was annoyed. Just as that man in the waiting room with his mother, it would have been easier for me had I just done those things myself.

However, being a bystander in that situation at the doctor’s office allowed me to see that situation with a different lens. I saw the annoyance of the son, as he was likely late for work and this was an interruption to his day- which I did understand when I looked at it that way.

Now, looking back at that elderly woman, his mother, and remembering the look on her face, in some weird way it reminded me of my daughter and the times that I’ve shut her down. Obviously, we don’t do these things to be mean or hurtful, we’re just always pressed for time, always thinking of what’s next on the docket; we are physically in a moment, but mentally we are already on to the next.

That incident in the waiting room taught me a couple of things that day. Mainly, that I need to relax, slow down and allow my little one to step in and help- even if that means the result is a bag of broken groceries, cupcakes laced with egg shells or rotting meat in my living room. In actuality, those moments are the ways in which she not only learns, but they are time. Time that translates to missed opportunities to teach her something, time that evolves into a memory that not only she will remember, but me too.

So, the “umbrella lesson” is what I will remember this as. Every time I feel the need to hurry, I will think of the umbrella. I will let my daughter “hold the umbrella,” I will allow her to try all five samples of ice cream before she makes her choice at Baskin Robbins, because it isn’t about the ice cream, it isn’t about what we have to do next- it’s about the little moments that she will remember. The moments of her and I trying to paint a giraffe on her fingernails that take up no more than half a centimeter, trying to squeeze a blow up dinosaur in a tutu, or collecting seaweed on the beach so we can later successfully pull off her master “Sea Weed Prank” where we collect seaweed on the beach and secretly hide it under my husband’s pillow, and I report his reaction back to her the next morning.

The Umbrella Lesson: I will slow down, listen more intently, and not rush- and not just for her, but for me too.

Ashley Alteman is the writer behind Smashley Ashley where she details her laugh-out-loud parenting moments, personal trials and triumphs, and everything in between. Her work has appeared on The Huffington Post, Scary Mommy, Mamapedia, BLUNTmoms, and more.
Next Article