The Surprising (and Stupid) Mistakes Children Make With Their Bodies 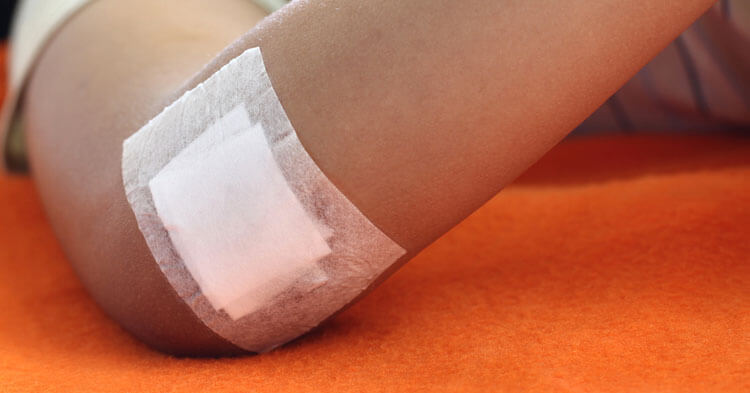 Has your child ever gotten his hand stuck in a toy? Tried to sit in a chair that was way too small? Gotten her head stuck in a place it had no business being in the first place? Mine, too.

My son regularly gets his hand stuck in the door of his Little People school bus. He tries to stick his arms (and toys) between the rails of our staircase. He also gets his entire body stuck underneath the dining room table between the chairs several times a week.

Researchers have tried to figure it out, and, in the process, they have documented some of the surprising mistakes that children can make with their bodies. When I was in graduate school, for example, I studied a phenomenon called children’s “scale errors.” It is when children act on a small replica object (e.g., a doll-sized bed) as if it were the bigger real-life object (e.g., try to lie down in it). In our study, we had 1 ½ to 3-year-olds come into a playroom with three large objects that they could physically interact with—a toy slide that they could climb on and slide down, a toy car that they could get into and drive, and a toy chair that they could sit in. After a few minutes, the babies took a walk down the hall with their moms while an evil researcher (i.e., me) switched the big toys with tiny doll-sized replicas. When the babies came back, they acted like nothing happened, and tried to sit in the tiny chair, slide down the 2-inch slide, and wedge their feet inside the tiny toy car.

These aren’t the only mistakes they make with their bodies, either. Other researchers have found that babies up to 17 months of age (around the same age they start making scale errors) try to squeeze their heads and bodies into doorways that are way too small for them, getting stuck in the process. They also try to fit their hands into impossibly small openings.

Why do they do it? Researchers have suggested several possible reasons. First, it takes a long time for children to learn about what kinds of actions are possible and impossible. These decisions involve planning their actions based on size information of both their own bodies and objects in the environment. Babies make these errors with their bodies right after they start walking for the first time, so the world of what is possible for their bodies and what isn’t is still relatively new. Perhaps they just haven’t learned enough yet to know what they can and can’t do.

An alternative possibility is that babies can guess that many of the actions they attempt might not be possible, but they explore these actions anyway as part of the process of learning. In the case of scale errors, babies can clearly see that the small replica objects are in fact very small, and they scale their fine-motor behaviors accordingly even when making an error. For example, when trying to sit in a tiny doll-sized chair, children meticulously place the chair down on the floor, carefully line up their bodies right above it, and then proceed to sit down. In fact, they still make scale errors even when researchers explicitly point out that the objects are very small.

Similarly, the same babies who wedge themselves in impossibly small doorways don’t make these errors in judgment when the penalty is falling (e.g., when one side of the opening is a ledge) instead of getting stuck, suggesting that babies might be able to guess when openings are too small, but that they don’t really weigh getting stuck as that bad of an outcome if they happen to guess incorrectly.

Whether babies know that their actions are likely to be impossible or not, making mistakes is just a part of learning about what their bodies can do. Moving around on their own for the first time opens up a brand new world of possibilities—a world that takes time to explore. Before you know it, they’ll be walking up and down stairs, and, as they get better at taking down the obstacles that stand in their way, you’ll get the confidence you need to take down your safety gates. But until then, maybe keep them up—babies make some really stupid mistakes sometimes.