How Far Will Smart Get You? 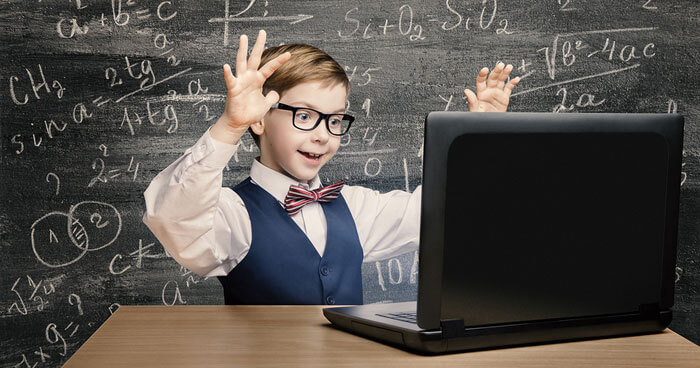 Being “smart” is obviously something we all hope for our children. Intelligence predicts success in school, college acceptance, future job performance, and is even associated with living a healthier, longer life. But what makes us smart? Is intelligence a trait that is part of our genetic make-up, or is it something we should aspire to achieve?

I owe much of my own intelligence to an unrelated and somewhat annoying personality trait, which my parents would probably call defiance. I was the kind of child who would do something precisely because someone told me not to. For example, when I was about five years old, the only way to ensure that I would drink a glass of milk every day was for my dad to pour himself a glass and tell me specifically not to drink it.

As I got older, my defiant nature didn’t always serve me well, but it did when it came to issues surrounding my intelligence. As a young girl, and later, a young women interested in science, there were always people telling me what I couldn’t do—what I wasn’t smart enough to do. When I was in the first grade, I was told that I couldn’t be in the “advanced” math group because my grades were too low. In the eighth grade, my teachers told my parents that I scored three points short of qualifying for honors classes in high school, and that these classes would be too hard for me to handle. As a senior, despite being accepted to a top tier university, my guidance counselor said it would be a challenge for to keep up with my classmates.

In this case—when it came to people telling me I wasn’t smart enough—I wouldn’t call my personality defiant; I would call it resilient. By the second grade, I was at the top of that advanced math group; I took as many honors classes as I could in high school and then moved on to take several AP courses. Most importantly, I did go to that top tier university, and you can bet that I visited my old guidance counselor during my first winter break with a printout of my transcript showing a 4.0 GPA in my back pocket.

Unfortunately, not everyone reacts with defiance or resilience when they’re told they aren’t smart enough to achieve their goals. Part of what was working in my favor was that I never viewed intelligence as something that was fixed; instead, I only saw how “smart” I was as a starting point that could be strengthened or weakened by how hard I worked. That meant that whenever I was told I wasn’t smart enough for something, it just made me work harder.

It turns out that children generally have one of two theories about intelligence. Some think that intelligence is fixed—that it is a heritable part of our genetic makeup. Others think more like I did—that intelligence is something that is malleable and can change by working hard, or conversely, by not working at all.

Decades of research has confirmed this idea and has shown that whether you have a fixed or malleable theory about how smart you are affects how you cope with failure. Children who have a malleable theory of intelligence don’t find failure to be all that bad; for these kids, since intelligence is about how hard you work, failure just means that you didn’t work hard enough and that you can succeed if you work harder next time. In contrast, failure discourages children who have a fixed theory about intelligence; since they believe that intelligence is something inside of you, they feel helpless when they fail, and ultimately, are likely to give up.

The scientific reality is that intelligence is heritable to some extent. In other words, research has shown that factors like IQ have some genetic component. But the same research shows that the extent to which IQ is heritable depends on factors like family environment. This means that just because being smart has something to do with your genetics, it isn’t fixed. The environment—or a child’s experiences, family life, and their own actions—also play a significant role in how smart they are and how smart they become.

Now that I have a son of my own, I’ve been incredibly careful not to tell him how smart I think he is. I want him to understand that however smart he is now, working hard will make him smarter. Genetics are just a starting point; “intelligent” isn’t just something that you are, it’s also something you can aspire to be. When someone asks him: “Who is the smartest person you know?” I don’t want him to cite a classmate who gets good grades without studying or working hard. No one is perfect, and eventually everyone has to try, even kids who seem to have natural abilities oozing out of their ears. Instead, I want my son to aspire to be the type of person who is smart because he works hard and not because things come easy to him.

Being “smart” isn’t going to help you on the day you hit that inevitable brick wall. If you’re used to things coming easy, and you think that intelligence is something that you just get for free, that wall is going to stop you in your tracks. But if being smart is something I can teach my son to aspire to, that wall will never stop him; he will be resilient and know that, eventually, hard work will get him to the other side.