Sexual Harassment in the Workplace: It’s Not about Sex, It’s about Power by Chris Dean

* Before I wrote a single word, this post was discussed in depth with The Girl. She agreed it was something that needed to be said in hopes of helping other young women avoid a similar situation.

Usually I’m the funny chick but today is slightly different. This week something serious happened to The Girl and it made me realize that there was one thing I hadn’t prepared her for; sexual harassment in the workplace.

About this time last year, The Girl got her first job and she loved it! The independence, the ability to manage her own finances, and meeting new people all appealed to her fun-loving, generous nature. But this past week that all changed.

The fun-loving, out-going, goofball
person that is The Girl

A month or so ago, a new person was hired in. (We’ll call him Dick. Because it fits.) Dick’s a middle-aged guy who is apparently out of touch with the concept of personal space, which slightly unnerved The Girl. Especially uncomfortable was the part where he began giving her surprise hugs.

We discussed why she felt uneasy around Dick, specifically the hug part. She decided she was probably misreading his intentions, since he frequently discussed his wife, children, and grandchildren. She reasoned he was just being somewhat “fatherly” toward her and she’d taken it wrong, despite her gut-feeling.

There have been several times since then that we’ve discussed Dick and the fact he has continued to make her feel ill at ease. She’d decided against talking to any Managers because, well…was giving her a “friendly hug” or placing his hand in the small of her back when he was reaching around her really out of line? (YES! The answer is totally YES.)

A few days ago, something…changed. The Girl was working at the Guest Services desk when ole Dick returned the keys at the end of his shift. As The Girl chatted with a Guest, Dick leaned around her to toss his keys on the desk, only this time? It wasn’t her back he put his hand on. My daughter maintained her composure and continued to deal with the unhappy Guest as Dick continued to man-handle her backside.

After the Guest and Dick had both left the store, she started shaking to the point a friend and co-worker noticed and, after hearing WHY she was ghost pale, called the Manager who escorted her to the office to file a complaint.

My daughter…my strong, beautiful, confident, loving, comfortable-in-her-own-skin daughter, was left in tears. She felt guilty and ashamed, as if it were her fault Dick took it upon himself to touch her.

Fortunately, it was caught on the security camera, so no investigation was required to terminate Dick’s employment. Now Dick is jobless, but The Girl is left with a MOUNTAIN of paperwork to fill out, including being forced to recount in writing every last uncomfortable, inappropriate interaction she ever had with Dick. Somehow…the fairness seems a little lopsided to me on this point.

The thing is, I feel like I failed my daughter. Yeah, we spent YEARS discussing “stranger danger” and the whole “good touch/bad touch”. One thing we never discussed before was what exactly constituted sexual harassment in the workplace.

I also feel as if I failed her by not pushing her harder to listen to her gut. After all, the guy set off alarm bells with her from day one. The fact that she is such an friendly, trusting individual is exactly why she ignored them.

So last night we talked. A lot. We talked about things I should have said a year ago. Things like sexual harassment, much like rape, is rarely about sex; it’s about power. Whether the aggressor is using their words or their hands, they’re stealing your ability to make decisions for yourself.

Guilt and shame are common
feelings associated with
sexual harassment.

I wish I’d told her no one has the right to make you uncomfortable in your own skin. Listen to your gut! If they feel “wrong” to be around, then politely tell them you’re working and don’t have time to chat. Walk away. If being polite yet FIRM fails, get a Manager.

One of the things that cut deepest was her guilt over a man with a family losing his job. It literally angered me beyond words. After all, we’ve always told the offspring that there are consequences to every action and decision. The consequences Dick faced were a direct result of his decision to take liberties with my girl’s behind. He could have changed his course at any time!

When The Girl looked at me and said, “But Mom, this is also a direct result of my choice not to report him for hugging me in the first place. Right?” I broke down in tears. Because I wonder if she’ll ever stop feeling guilty for something that never was and never will be her fault.

I’m furious that this person took a piece of my child that can never be returned; a certain sense of trust and innocents. Although, the worst thing he did was take a chunk of her self esteem, leaving her, for now, self conscious of her female curves and ashamed for having them.

I know time tends to blunt the edges of these still fresh emotions and eventually she’ll relax back into who she is. But, I also know from personal experience, that nagging question of guilt will never totally disappear. It’ll always hide in the far shadows of her mind to pop back up when similar situations present themselves. And that is something I wish I’d been able to spare her.

How do you know if you’re being sexually harassed? Sometimes the lines may seem blurred between “friendly” and purely harassing. You can find answers to questions you may have about what constitutes sexual harassment and what steps to take to end it HERE, HERE, and HERE.

If you’re a student and you’re being sexually harassed, you can find a clear list of the steps you need to take to put a stop to it HERE.

Dear Facebook friends who have been so supportive of Celina with everything that happened last week. Usually, I don’t name company’s names, but this? I’m making an exception. “Dick” was NOT fired. Target allowed him to return to work, after being told not to touch any employees and discussing BY NAME the employee (my daughter) who filed the claim. The said they could see from the video he touched her, but weren’t able to determine if it was lower back or butt. When Celina asked to be moved to an area where she wouldn’t have to work closely with “Dick” she was told she over-reacted and “misread’ the situation and needed to learn to work with him.
To me, a woman, mother, and person, THIS IS UNACCEPTABLE! I may not be able to storm anyone’s office and demand they move her or schedule them on different shifts, but I CAN publicly voice my frustration and outright anger at the way this company chose to handle an older man sexually harassing a young lady.

Target The reason a claim of sexual harassment was swept under the metaphorical rug, and I quote, “We are not going to be responsible for ending a man’s career over a misunderstanding.” And this statement was made after they admitted they could tell from the tape that he touched her, just not if it was lower back or butt.

ABOUT CHRIS: Chris Dean is the wife of an extremely tolerant man, Mom of four fairly functional adult-kids, world-class music junkie, and all around nut job! She began writing Life Your Way! as a way to help keep her sanity while going through the diagnostic phase for an autoimmune disease.

Chris dealt with this speed-bump the same way she’s always dealt with these things, education and laughter. Her mantra has become, “A life without laughter is a life unlived.” And living is exactly what she makes it her goal to do and hopefully inspire others to do as well!


CONTINUE READING IN THE BEDROOM

The Ghost of Seuss by Life Your Way! 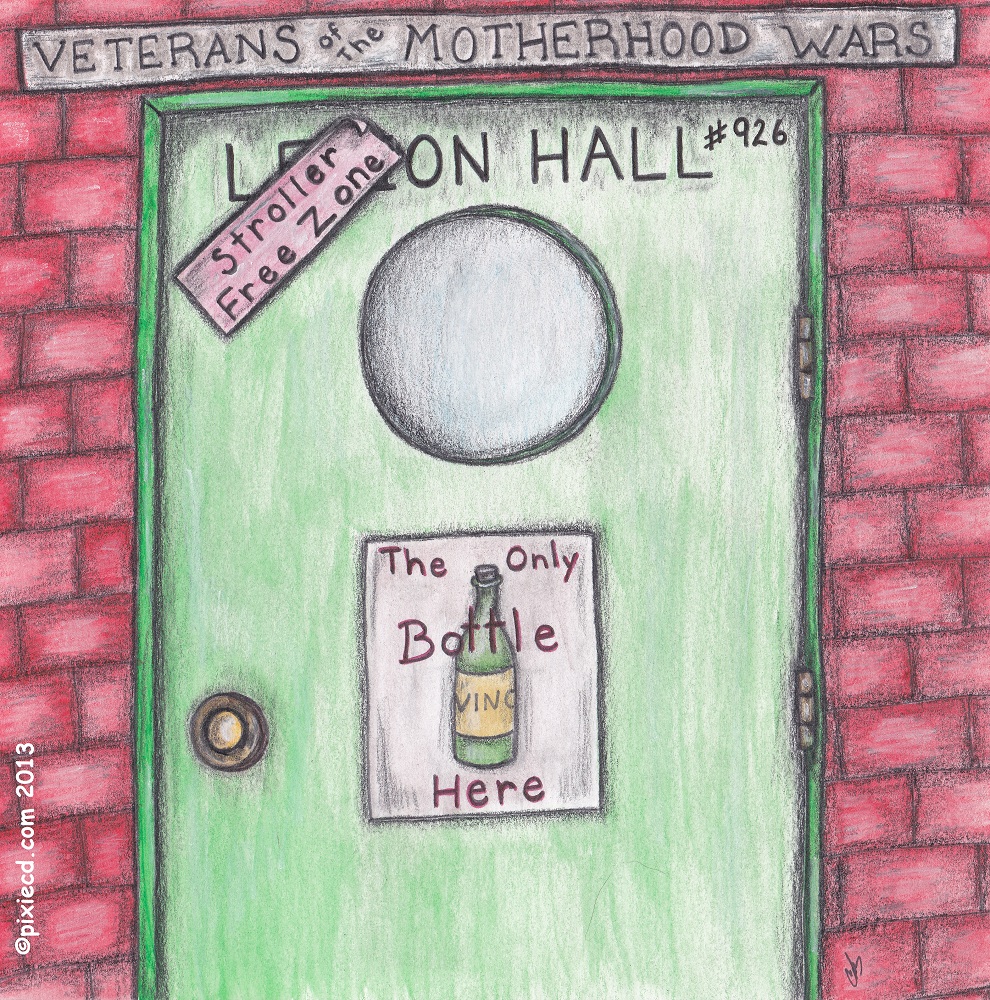 Down at the Veterans of the Motherhood Wars Legion Hall by Life Your Way!

10 Truths I Learned in 3 Years of Imperfect Parenting