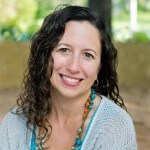 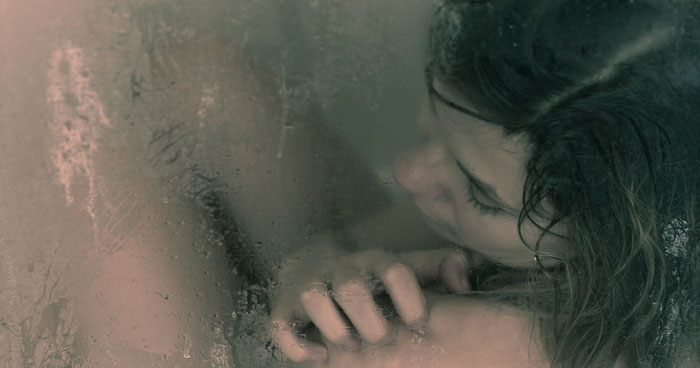 “Kristin, I didn’t want to ask you about this until I saw you in person,” my mother said, slowly. “I read your last post, and I didn’t know about the rape. I racked my brain to try and remember if you had told me and I had forgotten about it, and I realized that was impossible.”

“No, mom, you didn’t forget,” I said. “I never told you. I never told anyone. It was repressed so deeply that I filed it all the way in the back of my mind, where I couldn’t find it, until something triggered my memory; I just pretended it never happened.”

“I’m so sorry. I wish you had reported him.” A string of Italian obscenities followed.

“You know, I’m not sorry I didn’t report him,” I said. “It was my word against his, and there were no witnesses. He was in my circle of friends, and almost no one would believe that I didn’t go into it consensually. Everyone would think I had regrets and was making it up. You know it as well as I do, mom. I would have been dragged through the mud, even if I had gone to the police.”

The look in her eyes was sad, but resigned.

“I know,” she said. There was no other answer.

Culture had taught me that silence was my only option. This incident, which happened my freshman year in college, set me up for 15 years of silence through an unhealthy and abusive relationship and later, through a series of inter-office harassment.

At 30, I was working for a company run by good old boys in the deep South. I enjoyed my work, I liked and respected my manager, my director, and the co-workers in my department.

The annual conference was a splashy affair at a large conference hotel, to which the entire national sales team was invited. Just six months into the job, I was enthusiastic and naturally friendly, I had made many new friends, and I had made it clear that I was a newlywed and unavailable.
On evening number two of the conference, with an outpouring of alcohol readily available and tongues loosened, a fiftyish regional vice president who had been helpful and welcoming to me approached me. I was wearing a full-coverage pants suit and smiling, and was taken off guard when he leaned in and rasped into my ear, “Hey… why don’t you come up to my room for a nice bubble bath and massage?”

“I – I – I don’t think that is a good idea,” I fumbled, and turned away, walking to the other side of the room on unsteady legs. When I turned around, he was watching me.

The next week, my director called me into his office to see how my first national conference went.

“Great,” I told him. “I really enjoyed meeting everyone, and I love the work.”

Hesitating for a moment, I told him that there was just one thing that was kind of strange, and I mentioned the RVP’s comment.

Within an hour, I was called to the senior vice president of Human Resources’ office. Arriving at her office, she motioned me to sit across from her at her massive desk, and reviewed the situation with me. She insisted that I give her his name. I stalled. This is not how I wanted to begin my career with this company, as a whistleblower. At first, I said no.

“I don’t want to make a big deal out of this,” I told her. “I just thought it was strange and I mentioned it to John.”

“You have to tell me, Kristin,” she said, looking at me with intense blue eyes. “It is your absolute duty to tell me, for the sake of other women in the company.”

She convinced me that it was my responsibility. That I would be helping other women. After a lot of prodding, I gave her his name.

Her face froze in shock. Apparently, it was not someone she expected.

Recovering, her face implacable, she assured me that (no one would ever find out). I returned to my office and tried to put the conversation behind me.

It wasn’t long before I ran into the transgressing regional vice president – let’s call him Jay – at another event in Atlanta, and he pulled me aside at another event. I was terrified.

“Sorry if I offended you,” he said with a sneer.

Humiliated, I retreated. I never reported anything else for the three and a half years I worked for the company, although I saw plenty.

Later, other people in the company would mention the “Jay Incident” to me. The issue that was never supposed to get around, clearly did. Jay was well-liked and I was seen as the new girl who reported him and sullied his reputation. Unfortunately, he wasn’t the only one.

There was the other executive vice president who slid his key to me at the next conference and said, “Come to my room for the most fun you’ve ever had.” And the other senior VP who propositioned me on a regular basis in front of other executives.

When one particularly persistent senior VP said, “Kristin, you’re coming back to my room tonight, aren’t you?” at a conference in front of a large group of people that it I finally got it: the culture of misogyny was so ingrained that I was merely collateral damage. Someone – male or female – could have said, “Hey, you’re being a jerk. Knock it off,” but no one did.

Eventually, I left for another company. I had accepted the culture for so long that I had started to believe that it was inevitable.

From these experiences, I know how difficult it is for a woman to report any kind of bad behavior. They often don’t. Why? Because it’s humiliating. The burden of proof is on the accuser, and the risk is high. For anyone tempted to dismiss a claim of harassment, or even rape, consider this: no one wants to go through the shame of questioning, doubting, and character assessing.

The shame is powerful and it covers us like a shroud, smothering our spirit with it. Those with means are shielded by lawyers and organizations that want to keep the public out of it, so they settle quickly – or engage in a smear campaign against the victim. But let me be clear: Speaking up is incredibly brave.

I know what it’s like to stay quiet. It’s the choice I made, and I believe it cost me a lot to keep it to myself. Maybe I could have avoided the crushing guilt, plummeting self-esteem, and an eating disorder. Maybe reporting that incident could have changed my life.

I want you to know, if you have walked in my shoes: I believe you. When you are scared and confused and you don’t know what to do, know that there are other women who have been there too. Know that there is a (silent) army of women who have your back, who understand all your anger, all of your hurt, and disappointment, all of your sadness. There are scores of us out there, more than anyone could ever guess, and we understand you.

And we’re here whether you decide to speak up or not.

This post was written by Kristin Shaw exclusively for BonBon Break Media, LLC

Kristin Shaw is a freelance writer, 2014 BlogHer Voice of the Year, and co-producer of the Listen to Your Mother show in Austin, where she is the mother of a mini-Texan. Her work has been featured at Huffington Post; Washington Post; Brain, Child; Erma Bombeck Workshop; In The Powder Room; and Scary Mommy, among others. Shaw is also a consultant in the aviation industry and Director of Social Media and staff writer for Airport Improvement Magazine.
Next Article