(What Actually Happened) On The Night You Were Born 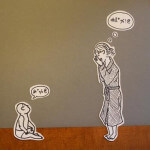 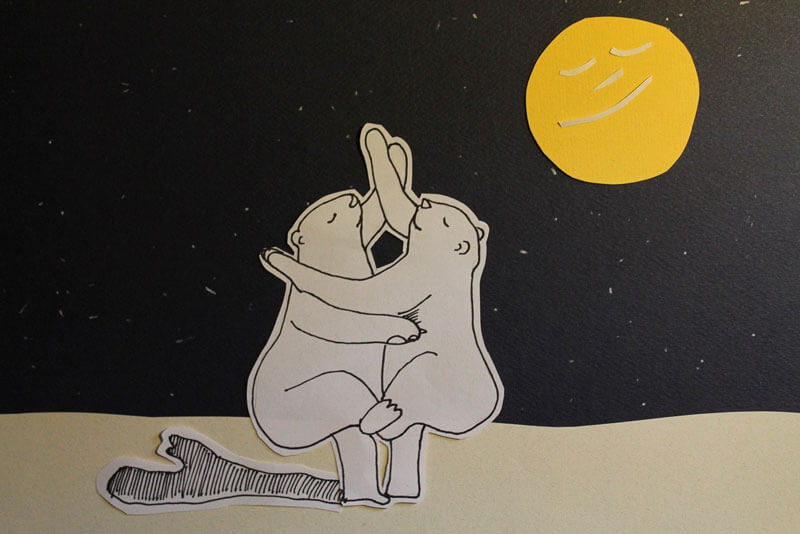 My son has this beautiful book called “On the Night You Were Born.” The illustrations are surreal but simple images of animals and plants and the night sky. The rhymes are sweet. The entire book is to tell the child how much they are loved and cared about and how on the night they were born the entire earth celebrated their existence. When you’re reading it while rocking your child to sleep it’s hard sometimes not to get a little choked up.

But, of course, there are other nights when I suddenly remember the actual night my son was born and (spoiler alert) the polar bears do not dance until dawn in that version. That version involved a hospital and a bunch of blood. Nancy Tillman was not there holding my hand and telling me it would be ok, and in general, things got a bit stressful. Having my son was magical at times, but the actual night he was born wasn’t particularly magical, it was kind of rough. Which is why when someone told me that you can buy a personalized copy of On The Night You Were Born I immediately thought, “WHY WOULD ANYONE WANT THAT? THAT WOULD BE THE WORST BOOK TO READ TO CHILDREN,” because, like a total idiot, I thought it was your actual literal birth story written out with Nancy Tillman’s illustrations. (For the record, I think they just include your child’s name in the title—On the Night You Were Born, Mallory—and have a personalized introduction page.)

But, of course, once I started thinking about writing out my actual birth story, how could I not do it? Sorry, I didn’t have time to re-create all the illustrations but my kid no longer naps. My apologies to Nancy Tillman for this far inferior (though more true to life) version of her beautiful book.

On the night you were born, the moon smiled with such wonder.

(The feeling I felt was a magical one but became much less magical as the night wore on.  Let’s say it out loud before we go on: contraaaactions.)

I sailed through the kitchen, starting to seethe

And trying to breathe.

Until everyone heard it and everyone knew and my husband was like, “Wow, this is advancing really quickly, should I call a cab to take us to the hospital?” and I was like, “No, the doctor-on-call told me to wait until the contractions are a minute in length.”

Not once had there been such confusion.  Such pain.  A feeling as though I’d been hit by a train.

(In fact, I think I’ll count to three and we can run through how I was supposed to do that breathing thing again.)

When the polar bears heard, they were like, “Um– if your contractions are 3 minutes apart you should really be in the hospital.

From far away places the geese were like, “SERIOUSLY, WHAT ARE YOU DOING?  PLEASE CALL A CAB IMMEDIATELY.”

The moon stayed up until morning next day, at which point it actually picked up the phone and was like, “Hi, this is the moon.  I need a cab for an insane pregnant woman who’s afraid of getting to the hospital too early and being told to go back home.  Can you be here in 15 minutes?  Great, thanks.”

And none of the ladybugs was fully able to explain “back labor.”

So if you ever wonder how special you are

And you ask, “Was my birth night completely bizarre?”

Listen for geese honking high in the sky.

(They’re going, “So sorry, your mom didn’t get there in time for an epidural.”)

Or notice the bears asleep at the zoo

(It’s because they’re exhausted from telling me to PUSH– PUSH NOW.  WE NEED YOU TO PUSH.)

Or drift off to sleep the sound of the wind.

That’s what I felt like doing when that whole ordeal was over but then all the extended family showed up and I felt like falling asleep would be rude.

And never again in story or rhyme

(not even once upon a time)

so I’m really sorry if you were hoping to have a whole bunch of siblings.

So…the night you were born?  Was less magic than pain.

There were no singing oak trees and no gentle rain.

There were no dancing mammals with shimmering fur

And yet, were you worth it?

Without question, you were.

Thanks for reading.  If you’d like to read a much more beautiful version of the night your child was born, here is a link to buy the actual book, which you should totally do.

This post was syndicated with permission from The Ugly Volvo.

Raquel D’Apice is a writer and stand-up comedian who keeps a humor/parenting blog called The Ugly Volvo. Her writing has appeared in Slate, Huffington Post, Reader’s Digest and BUST Magazine. She lives in Jersey City with her husband and her son/tornado. Follow Raquel on Facebook and Twitter. You can follow her blog at The UglyVolvo.
Next Article