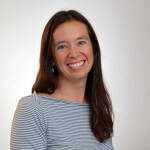 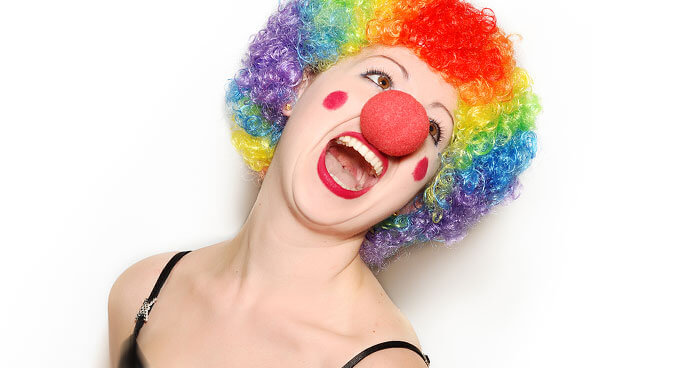 Facebook and Twitter have made comedians of us all. In an era of concise quips (140 characters on Twitter), everyone becomes a master of the one-liner. Of course, in social media’s early days, I found it surreal when I would catch myself inwardly narrating my day’s events as one-line status updates. I felt more like a commentator, not a participant, in my daily life. I was no longer in the moment, but on the periphery of it, searching inwardly for the right sound-byte.I also worried that composing one-liners was reducing the complexity of my experiences. Sure, I might have been concise, even funny, but wasn’t there more to the story than what I was conveying with my clever little comments? Was the boiled-down version of the story all I really wanted to relate?

At this point in my life, I’m less bothered by my own abbreviated thinking, perhaps because the pattern has become familiar. I’m also more aware that my one-liners are generally a sort of coping mechanism that I default to in my more terrible moments of parenthood. Raising  spirited children means that exuberance can easily detour into waywardness. In those moments, I realize that thinking complexly about the problem is best saved for the morning after. Humor helps me savor, I suppose, the messier aspects of our busy lives.

Of course, not all moments can be successfully rendered as one-liners. Sometimes life’s lemons are simply overwhelming, and no amount of rhetoric can transform them into comedy. When he was three, for example, my son slipped away from me at the zoo, and I only noticed his absence when I turned around to see him poised on a rock ledge about 20 feet above the sea lion pool. That incident didn’t really become funny until much, much later. But most of my children’s exploits have been only mildly awful – not really scary or terribly shameful, but just bad enough to need some reduction into a manageable quip. These are a few of my favorites:

It’s all fun and games until your play date ends in a trip to the ER.

The Poison Control Hotline says that the glo-stuff inside of glo-sticks isn’t toxic. Who knew?

I know that if kids are climbers, you bolt your furniture to the wall. But what if they are hiders? Microchip?

Another close call with that darn cat today — this time he slipped into the storm drain, which left kiddo in tears because he believed his cat had fallen into the sewers and drowned.

I’ve noticed some of kiddo’s “creativity” re-emerging since the school year ended. This morning he walked outside while I was changing his sister’s diaper, which would have been fine, except that I heard him start the car shortly afterwards.

Note to self: Yes, you absolutely must still sit in the bathroom with your 4 year old during bath time. If you do not, you will walk in and find that he has discovered the bath pillow that you put away and is now trying to figure out how to surf on it.

Kiddo got really confused when I told him we were going to dye eggs. I finally figured out that I needed to explain to him that we were going to color eggs, not kill them. Then he proceeded to pretend to kill eggs in various ways anyway. “That egg is going in the hot lava!” Another one died by spear, etc.

My son drew his daddy today. If you look closely, you’ll see not only arms, hands, legs, feet, eyeballs, a mouth, and a belly button, but also hair and a brain, blood, and three penises.

We thought our stockings were hung by the chimney with care, but then then T.O.T. (Tornado of Terror) found a way to get a head injury. (He’s okay now.)

Bad inspiration from library books #2: Pretending to pole vault. This involves a 3-year old boy half-burying a stick in the ground and then jumping on it. Looks like an attempt at impaling oneself. Sigh.

I didn’t realize that that sports book we checked out from the library would inspire that kid to dump out a cup of ice on the living room floor so that he could go ice skating.

If one-liners reduce the complexity of a situation, then so be it. At this point in my parenting career, I’ll take reductive simplicity if it helps me to maintain personal sanity.

This post was written by Tracey Watts exclusively for BonBon Break Media LLC.

Tracey Watts is a writing instructor at Loyola University of New Orleans. She spends a good deal of time frustrating her children with useless opinions on kid movies and kid culture. She is not a huge fan of princesses. She does like Shark Boy and Lava Girl. Although she should probably be composing academic articles, she would much rather write about topics related to the harder of her two jobs -- parenting.
Next Article