When Barbie Wrote Letters To My Daughter 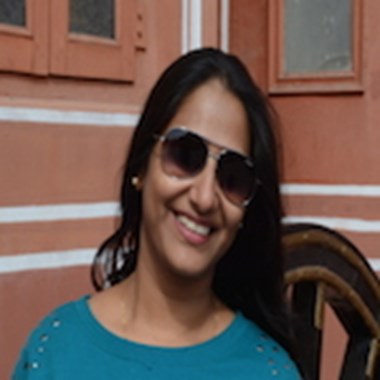 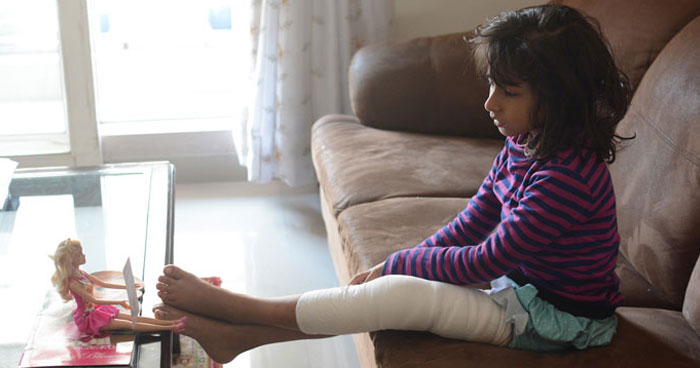 Six months ago, my five-year-old daughter Pahal fractured her thigh bone. It was badly ruptured and doctors operated to insert two titanium rods in her thigh. She was bed-ridden for more than two months.

Five months later, Pahal had healed well. She was able to attend her school, walk, dance, jump, and run, but she still had a visible limp. When we consulted her orthopedist, he suggested removing the inserted rods.

Last week, my tiny tot entered the operation room again for another operation. She was home for a week, and while this second operation was a minor surgery — almost nothing compared to the one she had had earlier — she seemed more distraught this time. She’d experienced pain once already and was clearly “once bitten, twice shy,” as the saying goes.

Instead, she chose to believe her instincts: she would feel pain if she walked. She grew cranky and lost interest in all activities. It hurt us to see such a joyful, cheery, spirited young girl turn into a grumpy, crabby, irritable child.

I knew I had to do something for her.

I wanted to bring my daughter back to her happy, playful self without pressing her to move.

And for this, I went to her Barbie dolls for help.

Our daughter can spend hours watching Barbie dream house shows, and she has memorized the lyrics of the famous “To Be a Princess’” song. She spends almost half of her day playing with Barbies as she designs their dresses, assigns them different roles, and gives them new, trendy names.

To cheer her up, I thought of making the Barbies mischievous. I decided to convey my thoughts to her through her dolls because I knew she wouldn’t reject their pleas and suggestions. She loves all of them way too much to deny them anything.

Through this fun, magical experiment, I intended to ignite her imagination and help her believe in miracles. Most of all, I didn’t want my young girl to carry the scars of an accident by being confined to four walls. So what if she couldn’t move her legs? She could set her mind racing wild.

And so began our own little, sweet adventure of The Barbie Letters.

A day after her surgery, a Barbie was waiting for Pahal with a letter.

She was skeptical, believing that her mommy had written the message. She insisted that I must stop fooling her.

I told her that her Barbies always listen to everything she utters and that they must have believed that she needed their help.

On the second day, another visitor from the doll house appeared. This time, a little doll that I brought all the way from Russia when Pahal was only a year old.

Since the doll is tiny, her letter was tiny, too! This is what the letter read.

Pahal wasn’t fully convinced that her dolls were writing to her, but she was on the brink of believing that magic was indeed happening inside her home. She read the message three times and asked what it meant.

After reading the message, Pahal began to make attempts at walking. By the end of the day, she had begun walking with support.

By now I had seen the effect of The Barbie Letters on Pahal. She was slowly believing that her dolls were writing to her. She began to believe that her dolls could read her mind and that they wished her well.

Now that Pahal had started walking, she went to her room and spent hours with her dolls.

I knew I had gotten my way. I decided to include a moral lesson in the letters.

The next message came from an adventurous Barbie; she’d climbed up onto the washing machine and wash basin and sat on the shelf above!

“Oh! Mumma, she was a police officer when I bought her,” Pahal happily remarked.

I recalled how Pahal had replaced her doll’s black pants with this flowery maxi skirt.

Since this Barbie was a police officer and not a pop star, she believed more in books and suggested the same to Pahal.

Luckily, the letters were having an impact on my little girl’s mind. Pahal asked me to get her notebooks so she could practice writing. Plus, Pahal could now move on her own, too.

The previous night, Pahal asked me about how these Barbies could move and write. I told her that they have the power of creating miracles.

“Miracles are a way in which unexpected good things happen to us.”

“Like these letters that you get from your favorite dolls.”

Her inquisitive mind was partially satisfied. She now made guesses on which doll would write to her next and where she would find her.

On the fourth day, we found this lass lying on the bed in the guest room. She looked calm and stylish. Her demeanor said she was here with some instructions.

This Barbie wanted Pahal to be friendly and less-instructive with a young playmate of hers. Though Pahal promised she would not instruct the young girl anymore, she asked me, “If no one likes to be instructed, why is Barbie instructing me?”

I had no answer to her question, but I was glad to note that Pahal was being more patient with this young girl in their play. She didn’t instruct her anymore. I was also happy to see Pahal walking a bit better.

At bedtime, Pahal silenced both of us and said, “Mumma, Daddy, shhhh. Listen – the Barbies are talking. I think they are deciding who will bring the message tomorrow,” and she started to giggle.

I was happy to have my cheerful baby back. She had forgotten the pain and embraced her childhood again.

This time, we caught the Barbie in the action! Barbie wanted to deliver Pahal’s letter in our bedroom, but since Pahal’s daddy locks the room from inside every night, Barbie had to wait for the whole night. When he went cycling in the early morning, he left the door open, and Barbie decided to barge in.

I woke Pahal up and showed her how her Barbies were delivering the letters all week. This Barbie’s note asked Pahal to eat whatever her mommy served her, including milk. Pahal promised to eat healthy and become a strong girl.

Since Pahal caught one of her Barbies red-handed, it meant that they would stop bringing her letters — miracles are not to be seen! Barbies are just like Elves.

Our five-day experiment was over, but it served its purpose well. It made Pahal realize the power of trying:  she could move only when she tried to move even if it was on Barbie’s insistence.

Pahal is now a happy bunny telling her friends how her Barbies brought her letters of wisdom and that miracles happen to those who believe in them.

If you ask her if she believes her dolls brought her letters, she says, “Of course! I heard their footsteps last night,” and she bursts into laughter.

This post was written by Surabhi Surendra exclusively for BonBon Break Media LLC.

Surabhi Surendra is a blogger who has recently moved from the serene islands of Andamans to the bustling city of Delhi. She regularly blogs at Womanatics where she chronicles her life as a loved mother and a happy wife. She is currently working on writing her memoir. She can be reached on Facebook and on Twitter.
Next Article