A Mom’s Guide to Sex Post-Kids 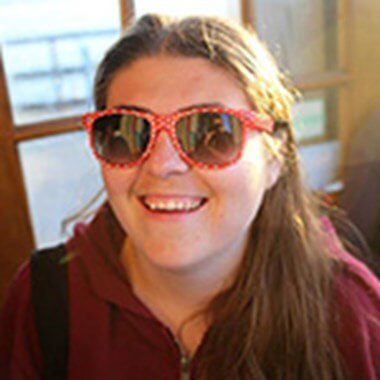 Sex after kids is…different. I think that is the only universally accurate way to explain it. The way you feel about sex might have changed depending on how tired you are, how you feel about your body, how your relationship with your partner differs now that you are both juggling more titles and responsibilities, or the number of common core math problems you had to stumble through before bedtime. Mathematics aside, our doctors and our experiences tell us more sex means lower blood pressure, less stress, and a whole lot more fun.

The best tip I ever got about sex post-children came from the feminist literature professor I had in college. She said, “Sometimes sex is like putting gas in your car. It’s a hassle and you try to talk yourself out of it, but when you do it you’re glad you did it.” At the time I was 21 and engaged to the hottest guy I knew, so to say I was well acquainted with every flat surface in my apartment was not an overstatement of the truth. Sex was not in short supply. I promised myself I would never feel that way about sex and then a couple of years later, after my daughter was born, I did for a while. This is what helped cure my indifference towards sex and that pesky dry spell.

Find a babysitter who lets you drop the kids off at his or her house. Dinner and a movie is great, but some of the best dates are the ones where you end up driving home and spending an hour doing what you really want to be doing: each other. You can always raid the snack bin and the fridge. Chinese takeout leftovers, Goldfish crackers, and a sleeve of Thin Mints make a surprisingly satisfying dinner in bed.

Do it with the lights on. If I’m being completely honest, I struggle with this sometimes, especially after accidentally catching myself in the mirror as I jump in the shower. Now I wish I’d let my husband take those nudie pics of me before my first baby. Maybe you didn’t lose the baby weight or maybe you did — but not from the right places. Your boobs might not be as perky and maybe you’ve earned some literal stripes, but a moment of insecurity is worth it when you can actually see the effect you are having on the person you are sleeping with.

Lock the door. Seriously. I know it’s not sexy to put the brakes on the passion for something so mundane, but explaining where babies come from at midnight is much less sexy. Everyone has a story about being walked in on or perhaps worse, walking in on someone. The locked door gives you 60 seconds to put on some freakin’ pants and a neutral facial expression before you have to calmly face your five year old. And when they sniff suspiciously at the air and claim it smells weird, tell them Dad farted. They won’t question it as they tumble into bed and shut down the night’s activities with a single sleepy blink.

Schedule it. Come up with a code word and put in on the shared Google calendar. After a month, you’ll have a Pavlovian-like response every time you get the reminder email on your phone. Just hearing the word “Montana” or “jicama” or whatever your super-secret-term is will be, uhh, stimulating. And if you are too tired after all the little ones are in tucked into their beds, put on Bubble Guppies, again lock the bedroom door, and get at it. A half hour isn’t enough time to entirely melt your children’s brains, and they will gain from a night with chipper, less-stressed parents.

Try something new. Do something you never would have done before you had kids. Rent one of those by-the-hour motels with the vibrating, heart-shaped beds (but bring your own blanket — who knows the last time those sheets have been changed). Do some online shopping: fuzzy handcuffs anyone? Try sex in the backyard or the spa (this can actually be illegal if other people can see you but if you’ve got privacy fence…).

This post was written by Rachel Brandt exclusively for BonBon Break Media LLC.

The New Bedtime Story for Mama

When There’s Nothing Left to Give

Originally from Gary, Indiana, Rachel Brandt is a writer and photographer lucky enough to live in sunny San Diego with her tech-savvy husband, her dance-obsessed 5-year-old daughter, and two unruly rescue pups. Her blog, Deleting the Adjectives, is a no BS look at parenting and person-hood post-kids.
Next Article