Lessons of the Japanese Cherry Blossom 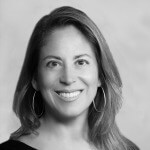 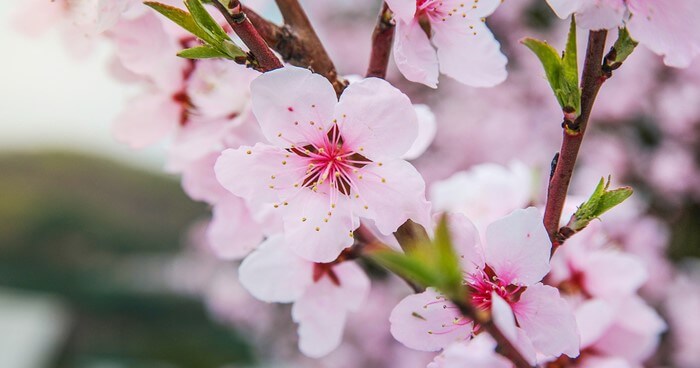 Years ago when we built the house we now live in, I planted a row of Japanese cherry blossom trees down the side of our long driveway. There were eleven of them, and I waited with much anticipation for the first sign of pink buds sprouting from the frail branches.

For the first few years, the blooms were nothing more than quaint little showings, as one might describe an artist’s very first watercolor or a young child’s poem. Each year, when the flowers dried and the branches dropped their petals along the driveway like a flower girl showering the aisle of a wedding, I conceded another spring and began the countdown until the next year’s bloom.

Finally, sufficient years had passed. My cherry trees had trunked and rooted and branched. I just knew this would be the year when I could drive down my driveway beneath a long wash of pink petals. But this time, the trees didn’t bloom at all. They had contracted scale from a tree in a neighbor’s yard. The arborist said they would need a few years to heal before they would bloom again.

In the seasons since, we often find ourselves in late April debating whether, on this day or that, the trees have reached their peak bloom. I am the one always thinking the next day might be just one shade brighter or a few petals fuller. Perhaps, one day more. The cherry blossoms have made me acutely aware of the passage of time. How slow when you are waiting for something; how quickly it is all over. The winters can be long and harsh here in New England, and so much of the year seems suppressed by cloud cover. Each spring after the bloom, rain and wind show up and dismantle my treasures piece by tiny pink peace at their most glorious moment painting the driveway pink. I again begin to think of the events that must transpire before next year’s bloom—the end of summer, the start of a new school year, and the long winter’s cold.

Maybe I have been too focused on time lately. When my children were young, I used to worry about not having enough time to get everything done. A busy law practice, three small children, and a husband who worked even more than I did, made for a chronic shortage of time. I was always in a rush, always panting toward the finish line.

But now that my children are almost grown, I worry about time in a different way. Crossing items off my “to-do list” is no longer a goal of mine as my list has begun to dwindle. Instead, I look at things in terms of lasts.

My oldest child is two weeks away from graduating from college. My second is finishing up her sophomore year of college, and my youngest is almost a high school senior. My husband took down the children’s soccer net today, and I ached from the finality of it. In recent years, there have been so many lasts—last school dance, last drive to school, last soccer game, and last all being together on movie night.

I am gripping onto the memories of the way things used to be, the way my heart feels things should still be. Maybe because I loved my children’s childhood so much, I don’t want it to end.

So this spring morning when I look through my front window to soak in the wonder of my cherry trees in true full bloom, I have a sense of reaching a peak. Yes, today is peak bloom, I’ve decided, as the blossoms reach in every direction, blocking my view of the street and the sky. What is fascinating about the cherry blossoms is that their bloom is so magnificent, but, at the same time, so shockingly short-lived. No sooner do they reach their peak bloom, when the rain or wind dampens it and ends its life, dropping a shower of pink petals across the lawn, the driveway, the neighbor’s lawn and everything in between.

In Japan, cherry blossoms have come to symbolize the temporary nature of life because of this very reason—the magnificence of the display at the height of bloom that then fades quickly and quietly into the pale averageness of a green tree.

Childhood also peaks and then fades quietly as the children need us less and branch out more. I have believed that, and I have come to dread the inevitable fade until recently. Something has happened to change the way I think about my children growing up.

Three weeks ago my oldest son, almost 22, brought home a puppy and asked me to take care of this little life while he completed his last few weeks of school. I am a grandmother now, to a puppy. Puppy sitting has its challenges—like when he comes to believe that the front hall mat is the place where he is supposed to pee, when his bark sounds very much like he wants to play but means I need to go out immediately, and when he fills the house with howls that appear whenever I leave the room. During the first few weeks with a fragile puppy, my son needed my husband and I so much that I’m beginning to think there is some childhood left. When the puppy choked, when he came down with an illness, when he wouldn’t sleep at night, my son looked to us to rescue him. And we did. It was natural. It felt right.

Maybe children don’t stop being children. Maybe there is no ‘last’ here. Maybe there is only a continuum of ages and changes. They will continue to need us but in a different way. I was dreading the end, but now I see there is no end. These are still my children, and I am still a mom. I may be a mom who takes care of a puppy, or helps by discussing ideas for a college project, or visits a college for parents’ weekend, leaving my child behind when it’s over. Eventually, I hope to be a mom who babysits their children.

When the cherry blossoms soon drop their gorgeous pink petals and transform into plain old green-leafed trees, this too, is not an end. Beauty moves around the yard. The spring blooms fade, and blue mop-head hydrangeas move in to pick up the slack. Perennials take turns spotting each other, one holding its head high while the other rests. At the end of the summer, the lawn continues to glow green for a while before the autumn show begins. And then, again.

This post was written by Julianne Palumbo exclusively for BonBon Break Media, LLC.

Julianne Palumbo's poems, short stories and essays have been published in Literary Mama, Ibettson Street Press, YARN, The MacGuffin, The Listening Eye, Kindred Magazine, Poetry East, Mamalode, Mommikin,com, Sweatpants & Coffee, and others. She is the author of Into Your Light (Flutter Press, 2013), and Announcing the Thaw (Finishing Line Press, 2014), poetry chapbooks about raising teenagers. She was nominated for a Pushcart Prize for my YA poem, “Stuffing Bears” and received a Letter of Merit from the SCBWI in the 2014 Magazine Merit Awards. She is the Founder/Editor of Mothers Always Write, an online literary magazine for mothers by mother writers.
Next Article