How To Simplify Your Life In 147 Easy Steps 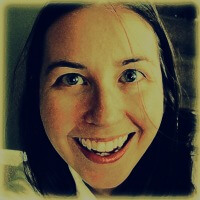 Most of my adult years, I’ve frantically chased the simple life. “WHERE ARE YOU, SIMPLE LIFE?” I’ll scream, shrew-like, as our simple movie night is interrupted by the realization that movie night depends on Netflix, and Netflix depends on wifi, and wifi depends on the Internet connection, and the Internet connection depends on satellites, and the satellites are down because they’re smudged with space dust or something, none of which really matters because while I was trying to get Netflix to work the kids started fighting about whether they want Extra Buttery popcorn or Kettle Corn and now it’s already twenty minutes past their bedtime anyway.

Obviously, things get complicated when you’re torn between the serenity of a simple life and society’s pressure to own all the things, do all the things, see all the things, and enroll your kids in all the things. Whenever I think I’ll take four seconds to contort myself into a zen-like yoga pose to contemplate life or inner peace or whatever, I realize it’s time to dash out the door to my daughter’s volleyball practice.

On my way out I’ll usually trip over some clutter, or a pile of stuff I amassed in an attempt to declutter, which I intended to donate to Goodwill two months ago but left right next to the front door instead because I’m always in such a dang hurry.

So, lately my family has been searching for a new balance. We went through a period of adding things – commitments, gadgets, more work hours to pay for the commitments and gadgets, etc. – in an attempt to enrich and ultimately simplify our lives. But I’ve finally figured out the secret to truly simplifying; you can do it too, by following these 147 easy steps!

Step 1: Spend some spare time (which of course you don’t have) searching the Internet for ways to be more productive in fewer hours, hoping to free up an extra ten minutes per week for quality time with the kids.

Step 2: When your kids come in to ask what you’re doing, tell them to stop interrupting you while you’re trying to figure out how to schedule some $%*@ quality time.

Step 3: As long as you’re online, maybe you could look on Pinterest really quick for projects to work on. You know, as a family.

Step 4: Two hours later, realize you have $300 of Pinterest-worthy craft supplies in your Amazon cart, but no time to do any crafts and no space to store $300-worth of more junk you’re not using.

Step 5: Decide that this Saturday, you’re going to do something Really Awesome. Something wholesome, something affordable, something fun for everyone!

Step 6: Oh, except Saturday is the book fair you promised you’d volunteer at, and the farmers’ market your neighbor recommended, and a swim meet, and you really do need to take those bags of clutter to Goodwill…

Step 7: Contemplate deleting every single commitment in your iPhone calendar while standing in front of the open refrigerator, eating your feelings.

Step 147: Plop down on the couch, defeated. While you’re sitting there, ask your kids what they want for dinner. Chat for a minute. Decide to go for a little walk around the block together after you eat.

Recognize that you were trying to fill your bucket by adding more things, but once you removed enough of the pressure, rushing, and distractions to appreciate the quiet moments?

You see your bucket was already full.

This post was written by Robyn Welling exclusively for BonBon Break Media, LLC.

Robyn Welling is a freelance writer, editor, and humorist at Hollow Tree Ventures, where she isn't afraid to embarrass herself—and frequently does. She's been named a Must-Follow Humor Blog by BlogHer and co-authored several best-selling humor anthologies, yet her five kids still don't think she's funny. Her goals include becoming independently wealthy, followed by world domination and getting her children to clean their rooms. Until then, she'll just fold laundry and write about the shortcuts she takes on her journey to becoming a somewhat passable wife, mother, and human being; if history is any guide, she'll miss the mark entirely. You almost always find her avoiding responsibility on social media.
Next Article