When You Suck at Being a Grieving Parent 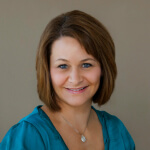 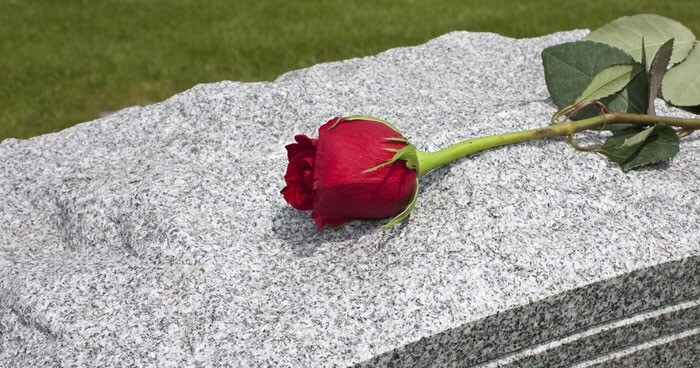 Joey is buried in a cemetery that just happens to be right down the street from where I take Slim for bimonthly speech therapy appointments. Last week, the weather was finally not bitterly cold and windy, and I thought for a minute that I should go down the street to the cemetery and visit Joey’s grave.

I didn’t go. Because I hate to go there.

The last time I was there was Christmas time. My parents’ neighbor had decorated Joey’s grave for the holidays.

Last week I wondered if I should go to see if the neighbor had removed the Christmas items yet.

I didn’t go. Because I hate to go there.

In fact, I hate a lot about the whole “grieving process.” I hate that it’s called a process.What’s to process? My son is dead, and I will never see him again.

And now I have something new in my parenting journey to feel guilty about.

It’s not enough that I regularly forget to ask my fifth grader for his discipline card on the weekends so I can sign it for its return on Monday.

It’s not enough that my third grader asks me to cuddle with him every night; but instead I am falling asleep in my toddler’s bed, also leaving Hubby with no one to cuddle.

It’s not enough that my toddler gets way too much screen time while I am trying to “get things done;” and then I wonder, what in the hell did I even get done today?

It’s not enough that I make the same mediocre dinners night after night.

It’s not enough that at least a couple times a week my boys have to dig dirty school clothes out of their hampers because mom hasn’t done any laundry in days.

And it’s certainly not enough that I am involved in, like, zero committees at the boys’ school.

There are so many ways I can make myself feel guilty about not being a good enough regular parent, much less a grieving one.

I mean, I see these beautiful blogs and Facebook pages dedicated to someone’s lost child. Foundations and organizations and movements and fundraisers and 5Ks and books and all of the wonderful things that other grieving parents manage to do to honor their children’s memories.

And here I sit, unable to even finish what I have started and making excuses as to why I can’t. Unable to even go to my son’s grave and remove some damned decorations that are four months old.

Because they are still there. Hubby’s mother told us they were on her last visit to the grave.

They are there, and I am not.

I would rather tuck my grief away in the privacy of my own mind. It’s safer there. Instead of feeding it, I can ignore it. Or only face it sideways rather than sailing directly at it – second star to the right and straight on till morning.

But that only feeds my guilt as well. I have actual plans, just like those other grieving parents do, but they get lost in my complete failure to execute them. The status quo is safer. Acceptance lies in status quo. Good memories lie here under which the bad have long been buried.

To change anything now would be akin to digging up the body, and that would just be too hard.

But it might also take away some of the guilt.

As I stand at Joey’s grave up on that godawful lonely hill, down the hill to the southwest is a stone in the shape of a butterfly. It belongs to a baby girl who lived only a month. 30 days on this earth. I often wonder how many of those days were spent in her mother’s arms.

Of the rare times I visit my own son’s grave, I often turn toward that child’s grave. It is always decorated with balloons and flowers and stuffed animals and holiday decorations.

And I feel guilty that I am not giving my own son those tributes.

But then I realize that child’s mother only had 30 days with her, none of which was a holiday or a birthday or any other special day.

I had six birthdays with my son. Five Christmases and Halloweens. Six Easter egg hunts.

We had vacations and trips to the park and proud moments watching him go off the diving board for the first time, and play soccer with his friends.

That little baby girl’s mom didn’t get any of that. She is getting it now, but only in the suckiest way imaginable for any parent.

Grief isn’t a competition. No one wins, and there is no judge awarding points for “Best Use of a Lawn Ornament to Spruce up a Headstone.”

No one is grieving better than you; just differently.

As if we don’t have enough to feel guilty about as parents, we should not feel guilty about the way we manifest our sadness and grief. A very wise woman – who herself is a grieving daughter and grandmother – once said to me, “Just because you are not there at his grave every day doesn’t mean you don’t hold him here (she placed her hand over her heart) twenty-four/seven.”

And just like that, she took away some of my guilt, winning this grief round – for now.

Kathy Glow is a freelance writer, blogger, and mother of five boys, including one lost to cancer. When she is not driving all over town in her minivan, wiping “boy stuff” off the walls, or trying to find the bottom of the pile of laundry, she writes about what life is really like after all your dreams come true on her blog, Kissing the Frog. A 2013 BlogHer Voices of the Year Honoree, her writing has been featured on BlogHer, Huffington Post Parents, Scary Mommy, Mamalode, Her View from Home, Seleni.org, and Mamapedia. She is a contributing author to the anthologies I Just Want to Be Alone and Sunshine After the Storm: A Survival Guide for the Grieving Mother.
Next Article