How to Be a Lady Person in an Election Year 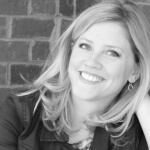 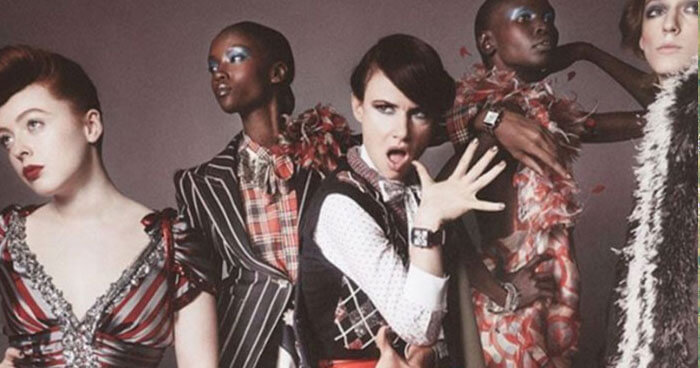 Listen up, homegirls: None of us are 250 years old, so we can’t recall what it was like before the United States existed. And very few of us have made it to 100, so we can’t remember not being allowed to vote. But if we could, we’d realize that it’s only been in the blink of history’s eye that America has become the strong, free, relatively healthy nation it is. And you know what that means? It means that if we don’t take care of it, in another blink we could lose it all. Our country may not be perfect, but as countries go, this place our foremothers worked so hard to build is pretty badass, and we ought not to squander it by simply covering our eyes and waiting for the reality-show farce of this election to be over. We must read up; we must think hard, and we must vote.

Obviously, the most effective way to discuss political campaigns is via the latest fashion campaigns. So let’s get motivated and take a few tips from the glossy ad pages of our favorite magazines:

Jokes are a hoot, sure. But the future of our country is no joke. So if you’re thinking even for a second of voting for that orange-haired-lunatic-you-know-who because it makes some sarcastic statement about your dissatisfaction with politics, as usual, STOP. Take it from Our Lady of the Crazy Eyes herself, Juliette Lewis: one minute, you’re like, “Hey, check it out! Red pleather pants — funny, right?” and the next, you’re all mixed up in a sequined-argyle moon boots nightmare while the ghost of Dolly Madison stands by and does nothing to help. Then you’ll be making this face for the next four years.

As we know, Lands’ End doesn’t believe in women’s equality, but it does believe in throwing the quirkiest treehouse bash ever. So give up your dreams of making a fair wage, gals, but go ahead and get soaped up in a tub with your dog — that’s just good sense. No, I’m kidding. Don’t do any of this. This whole picture is the worst advice ever. That guy in the hammock over on the left is inches from getting a glass windowpane through the abdomen. This is a picture of instability, and while the world may seem like an unstable place right now, it’s only going to get more screwed up if we don’t vote. So speak up before you end up hiding under a shower door clothespinned to a tree like that kid there.

This patriotic pasta party is a cautionary tale if I’ve ever seen one. Sure, we may not actually be eating spaghetti with our hands at a technicolor sidewalk cafe, but think about it: The Americans in this picture are the very image of selfie-snapping, out-of-control consumption. Look how the Italians are giggling at them. Is this what we look like to the rest of the world? One thing’s for sure: Italy won’t be the only country chuckling at our silliness if we don’t get off our asses and do something about who gets the White House next year.

Put it this way: Not voting is as unwise as meeting up outside a diner to do a shady deal with a disco leprechaun who may or may not be Keri Russell in one of her wigged disguises from The Americans.

You know what happens if you don’t vote? An extra from The Royal Tenenbaums comes up and steals your bird. Then where will you be? Stranded on the subway steps with a surly attitude and no peacock, that’s where.

Look, maybe it’s hard to get excited about any of the candidates. That’s understandable. But don’t let your ennui become inertia. If all you do is lean on the hand-dryer and sigh, you’re allowing everyone else to make all the choices. And look at those two. Do you really want to leave them in charge? She’s so drunk she fell asleep wearing her driving gloves, and he’s so stoned he’s about to say the Pledge of Allegiance to your hair because he thinks it’s a flag.

If you don’t have your say about who runs our country, a lot of our best resources — like sanity and decency — could dry up just like water in the desert. Then it won’t matter if you put on your best earth-toned ball gown or not; there’ll be no more fun for anyone.

If we don’t want to sit around on rocks waiting for someone to save us, we’ve got to act.

So put on your patriotic best and cast your vote. Just remember: Being pro-stars doesn’t have to mean you’re anti-stripes. Even when we disagree on some issues, we often have more in common than we think.

If you prefer a flowery frock to a power pantsuit, that’s cool. But make sure to show you’re the kind of broad who knows her vote matters as much as any dude’s by carrying a subversive prop when you head to the polls. A nice, juicy wiener ought to do it.

That’s right, America. Your nuts are in our hands.

Fetch your sapphires, gals. It’s time to rustle some amber waves of grain.

Ten Photos: Not Exactly What I Was Looking For

Ten Photos: What Is Blogging?

Mary Laura Philpott is the author of "Penguins with People Problems," an illustrated humor book for adults. She is the founding editor of Musing, the online magazine produced by Parnassus Books, as well as the co-host of the literary interview show A Word on Words. A Pushcart Prize-nominated essayist, Mary Laura also writes columns and articles that have appeared in The New York Times, Salon, USA Today, Lit Hub, and other publications. For fun, she keeps a blog of her own called I Miss You When I Blink. She lives in Nashville with her husband, children, and two ill-behaved dogs.
Next Article